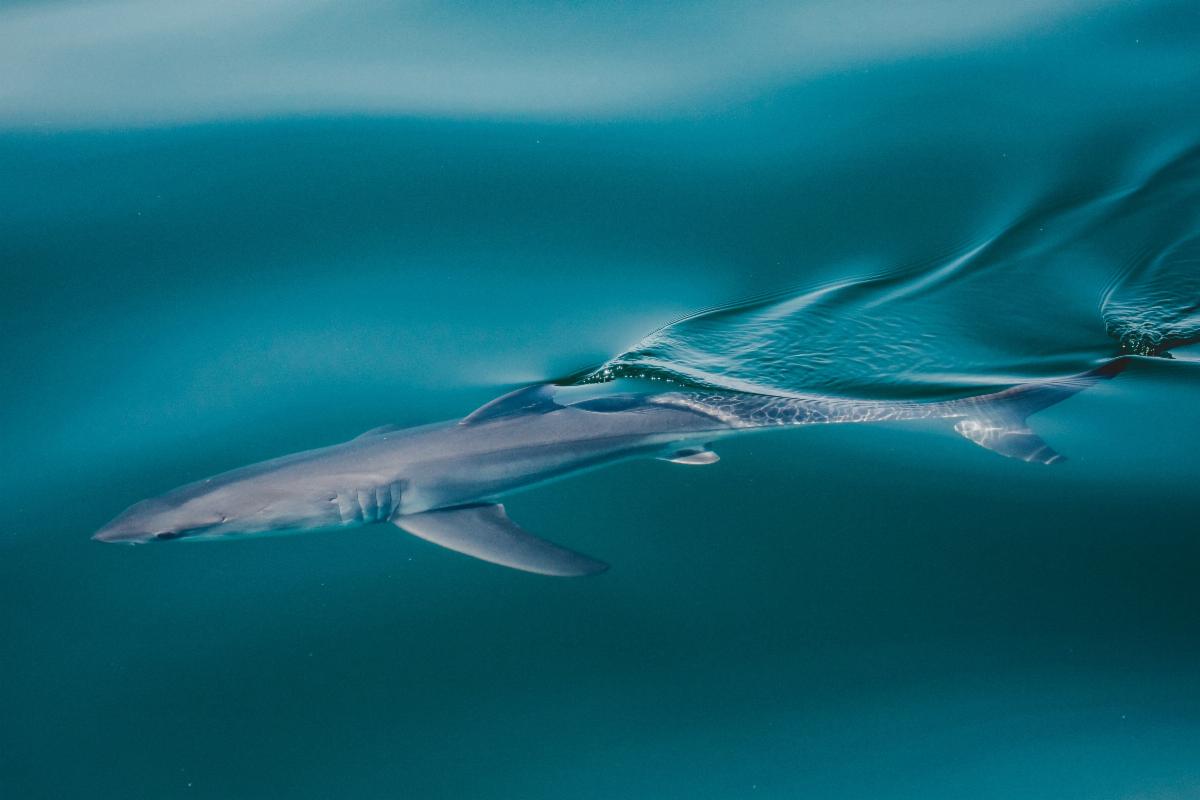 HUNTINGTON BEACH, Calif. (AP) — There are more sharks in the water off the coast of Southern California than ever before, according to marine researchers.

“This was a big year,” lab Director Chris Lowe said. “So, even with COVID, we tagged more sharks this year than we have any other year.”

Lowe tweeted about the findings and shared drone video of great white shark pups and juveniles swimming along beaches from San Diego to Santa Barbara.

The shark clusters were larger and remained in the coastal waters longer than in past years, Lowe said.

“This year there were just more sharks around,” he said. “And the question is why.”

Lowe sent fewer staff members to tag sharks this year because of social distancing and limited lab time and said he was amazed they found so many.

Interacting with sea otters of the Central Coast: Welcome back, but please keep your distance

Did hawk scare mourning doves permanently away from my yard?

“Normally in our fall when our water temperature gets to the low 60s, that seems to be a cue that drives them to migrate south to Baja,” Lowe said. “And so far, here we are mid-October, and the sharks are still sticking around. Maybe 2020 is going to be a year-round shark season.”

The Vallejo Police Department recovered 22 kilograms of heroin on Sept. 27 after investigating a suspicious vehicle on the 1000 block of Admiral Callaghan Lane, a spokesperson for the department said in a statement this week. Related Articles Two sentenced to federal prison in East Bay murder ordered by pot trafficker known as ‘Hitler’ Monterey […]

TV and streaming picks for Wednesday, Oct. 7 WATCH THIS: Vice presidential debate (6 p.m. PT; 9 p.m. ET, various networks and cable news channels): Last week, the presidential candidates — Donald Trump and Joe Biden — went at it in an ugly showdown that was described as a “hot mess,” among other things. Tonight, […]

By Luis Andres Henao and Gabriel Alcocer | Associated Press CANCUN, Mexico — Delta rapidly intensified into a Category 4 hurricane with 140 mph (225 kmh) winds Tuesday on a course to hammer southeastern Mexico and then continue on to the U.S. Gulf coast this week. The worst of the immediate impact was expected along […]