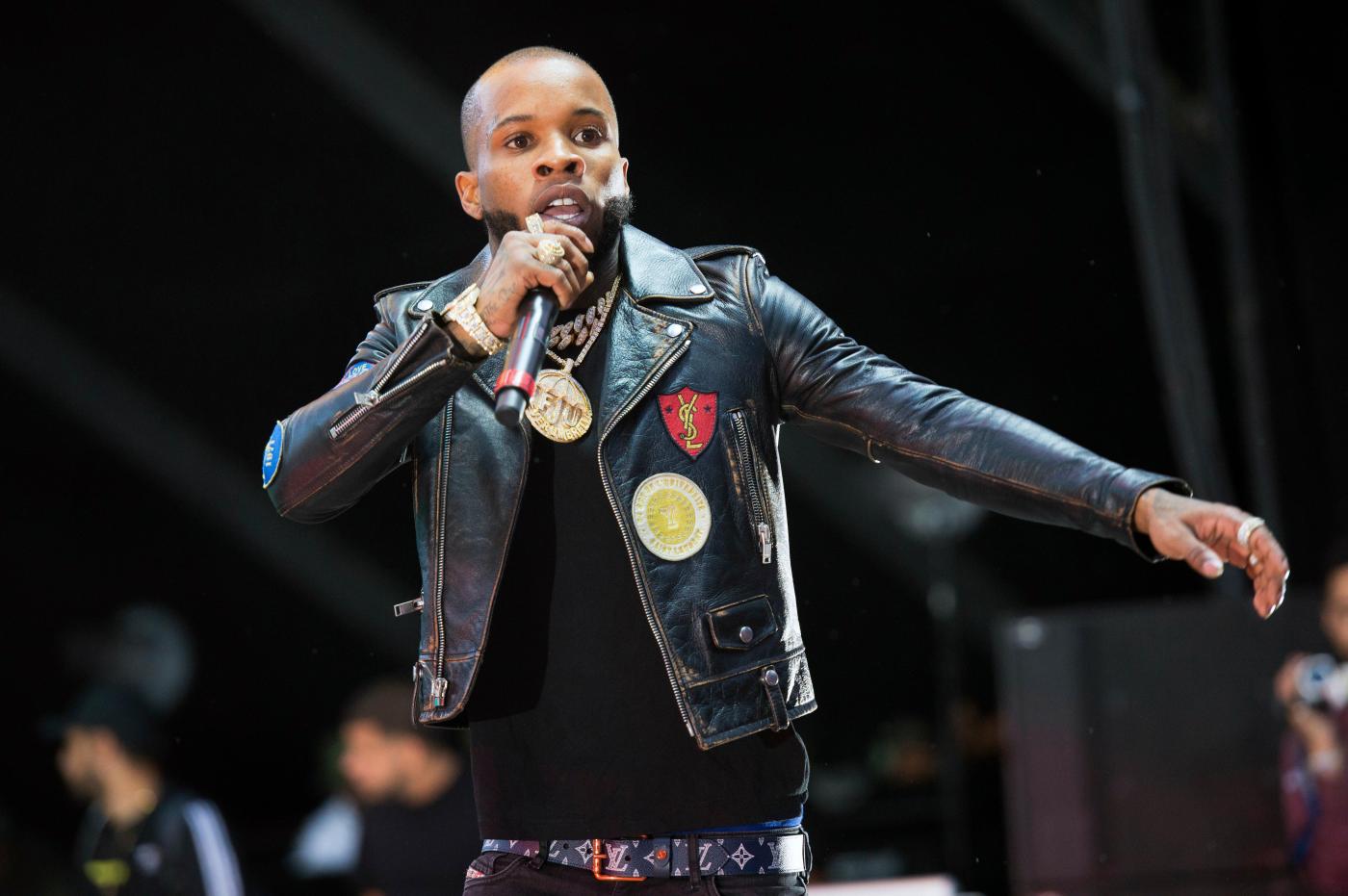 Lanez is accused of shooting at Megan Thee Stallion’s feet, hitting her, after she left a SUV during a fight in the Hollywood Hills on July 12, according to a release.

A message sent to Lanez’s representative was not immediately returned.

Lanez, a 27-year-old Canadian rapper and singer whose legal name is Daystar Peterson, is due to be arraigned Tuesday in Los Angeles. If convicted, he faces a maximum sentence of roughly 23 years.

Lanez was arrested the night of the shooting but released after posting bail. Prosecutors are recommending that his bail be set at $1.1 million at his arraignment.

Megan Thee Stallion, whose real name is Megan Pete, is identified in the felony complaint only as Megan P.

She had declined to name Lanez as the person who shot her in social media posts and videos on the subject for more than a month. But on Aug. 20, she said in an Instagram video that “Yes … Tory shot me,” and urged him to “stop lying” about the incident.

She’s discussed the shooting in several often emotional Instagram videos, calling it “super scary” and “the worst experience of my life.”

She declined to tell police that night that she had been shot, and initial reports were only that a woman had foot injuries consistent with broken glass. She has said that she was too frightened the situation would have escalated if she revealed to police that there had been gunfire.

Lanez has not spoken publicly about the incident. On Sept. 24, he said on his social media accounts that he would break his silence that evening, but that announcement turned out to be a teaser for the release of his fifth studio album, “Daystar.”

This is ‘The Real Housewives of Orange County’ newest addition, Elizabeth Lyn Vargas

Lanez has not reached the stardom that Megan the Stallion has, but had a Billboard top 20 hit with “Luv” in 2016, and has had a successful run of mixtapes and major-label records since his career began in 2009.

At the time of the shooting, Megan Thee Stallion was already a major hip-hop star following a triumphant year that …read more

California man in ID theft scheme to steal $13,000 Rolex gets no time in jail

A Victorville man was sentenced to three years’ probation after his scheme to use consumer-protection laws to steal a $13,000 Rolex watch was exposed, the Riverside Police Department said. The sentence was handed down to 23-year-old Anthony Delgado Alvarez on Sept. 14 after he pleaded guilty to attempted grand theft, Riverside police economic crimes Detective […]

California police stop carjacker who drove off with baby, grandmother

LOS ANGELES  — Los Angeles police arrested a carjacking suspect who drove away with an 81-year-old woman and her infant grandson in the vehicle, officials said. The grandmother and the 9-month-old child were waiting in the parked but running car while the baby’s mother ran an errand Saturday afternoon near downtown LA, police said. The […]

PLEASANT HILL — A motorcyclist died Saturday after colliding with another car near an auto parts store, police said Monday. Authorities on Monday identified the man as 34-year-old Brett Currie. Public records for Currie showed his residence  to be in Fremont. Currie was riding the motorcycle north on Contra Costa Boulevard around 4:45 p.m., when […]