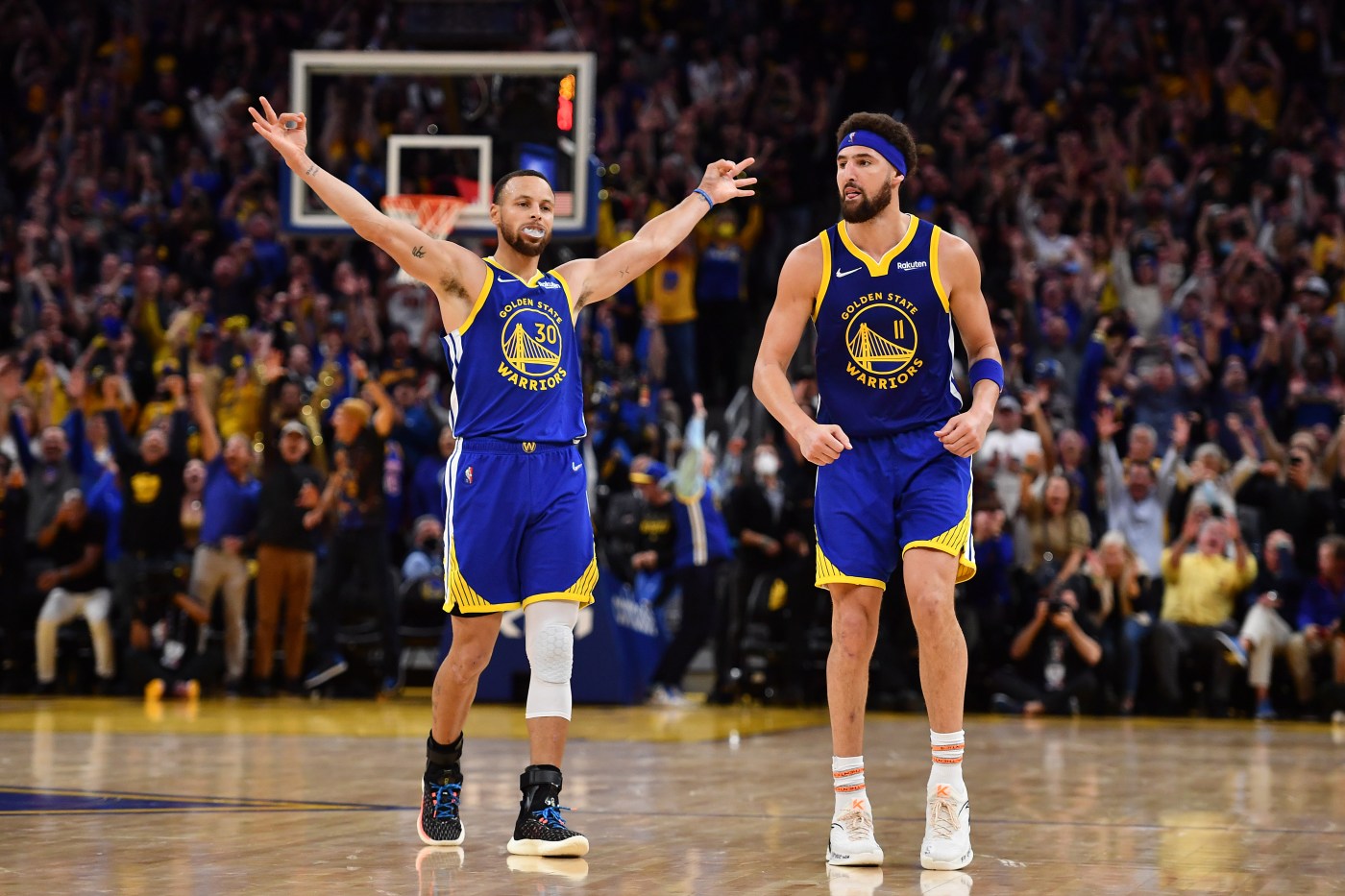 SAN FRANCISCO — These NBA playoffs have been about the next generation.

LeBron James, 37, is at home, tweeting through his boredom. Kevin Durant, 33, was swept in the first round. (He always finds time for social media.) James Harden’s hard living on and off the court has zapped him of his superpowers at 32 and played a huge role in the Sixers’ second-round playoff exit.

This has become the spring of the young guns: 23-year-old Luka Doncic, 24-year-old Jason Tatum, 25-year-old Devin Booker, and the well-established Giannis Antetokounmpo, who is just 27.

So what on earth are the Warriors still doing hanging around?

The Warriors might have a couple of young, exciting players, but as we saw in Golden State’s effort to close out the young, exciting Grizzlies (led by 22-year-old Ja Morant), there’s nothing new about this winning machine.

Grizzlies wing Dillon Brooks, 26, didn’t have any problem coming out and calling the Warriors what they are.

“They’re getting old,” he said after being sent home.

Getting? Buddy, this team is there.

Handpicked by Curry and Green to start, Kevon Looney was Warriors’ MVP of Game 6

Kurtenbach: The Warriors are a hot mess, but they can absolutely win it all

Warriors fend off Grizzlies with fourth-quarter eruption to win series

The Warriors have problems; here are the solutions

How the Warriors plan to flush their Game 5 blowout loss

Klay Thompson has had major surgeries on both legs and wants to spend all his time on his boat.

Draymond Green’s hair has a lot more salt alongside the pepper and his podcasts are longer than his stints on the court these days. Green already has a job lined up for retirement.

That’s good life planning — a trademark of the old.

Steph Curry is still an assassin, but he’s grown out of the babyface. He’s getting so old that one of his side projects is rebooting the classic 1970s sitcom Good Times.

Even the young(er) players on the Warriors — the guys in their primes — are old. Andrew Wiggins, 27, has a gray hair in his beard that’ been driving me crazy since the start of the postseason, and no one in the history of basketball is better at conserving their energy. Kevon Looney, 26, plays a definitive old man game that looks …read more

What Has Ed Swiderski Been Doing Since ‘The Bachelorette’ and Is He Married?

Ed Swiderski | Jeff Schear/Getty Images The point is that a lot of former Bachelor stars are doing just fine in the romance department after their time on the show. That’s the case for Ed Swiderski, although his happily ever after hasn’t been The Bachelor and The Bachelorette has seen contestants find love under the strangest of conditions. Potential mates […]

Why Lorde Thinks She Has a ‘Crazy Relationship’ With Her Fans

Lorde performs during opening night of her ‘Lorde World Tour’ at the Grand Ole Opry House | John Shearer/Getty Images for Lorde Lorde (real name Ella Yelich-O’Connor) is the artist behind “Ribs” and “Royals.” This artist began releasing original music as a teenager, releasing Pure Heroine in 2013. She snagged Grammy Award wins for “Royals,” […]

A 16-year-old boy is said to be in “grave” condition after being struck by a hit-and-run driver while crossing a Sutter Creek road — an accident that echoes the crash that killed a teenage girl in another Sierra foothills town. In Tuesday night’s crash, the boy was struck around 8:35 p.m. as he and another […]