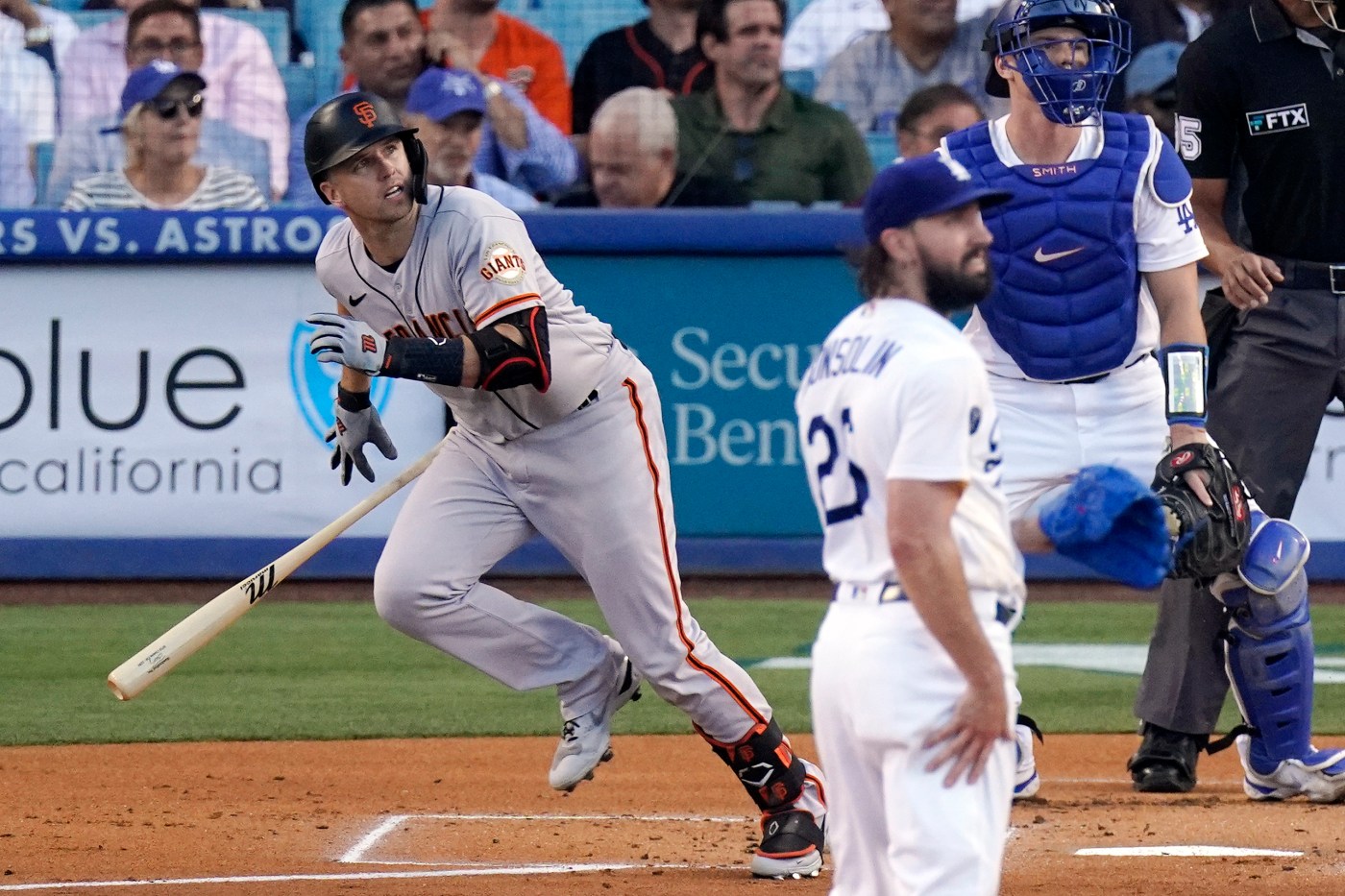 SAN FRANCISCO — The Giants need to send a thank-you note to their arch-rivals in Los Angeles.

Without them, they’d be a different team right now.

There might be weeks remaining in the season, but San Francisco has already clinched a playoff spot, thanks to the best record in baseball.

A spot in hand and all that time before the playoffs start? That’s a great opportunity to rest.

It’s also a fantastic time to lose your edge as a team — to forget how to execute — before the games really matter.

But the Giants will have no such issue over the remaining weeks of the season, thanks to the Dodgers.

Whether you consider it fair or unfair, the reality of the situation is that the Giants, despite all their successes, haven’t won anything but one more game, an elimination one at that. The Dodgers — inarguably the second-best team in the National League — remain hot on San Francisco’s tail in the National League West.

The two teams do not have any more games on the regular-season schedule, but one bad week — perhaps even one bad series — for the Giants could flip the two squads in the standings.

The Giants celebrated on Monday night, but they know that there’s a lot yet to be accomplished and the battle between them and the Dodgers for the division crown will likely come down to the wire — perhaps even a Game 163.

So while teams like the White Sox (up 12.5 games in the AL Central), Brewers (up 12 in the NL Central), and Astros (up 6.5 in the AL West) can coast to the regular-season finish line, the Giants have to stay on the top of their game.

What’s that tremendous stretch given them? An extra 1.5-game lead in the standings.

But this is a good thing.

Kurtenbach: How the SF Giants made all of baseball look like fools

SF Giants can make franchise history with win vs. Padres

Giants manager Gabe Kapler is all about taking the season “day by day”. Obviously, it’s working, too. But the Giants have no choice to keep being “day to day” with the Dodgers on their tail.

And the concept of resting players before the playoffs? Let that be something for other teams to worry about — the Giants have been judicious …read more

Issa Rae | Getty Images While Insecure is coming to an end, fans will not see the last of Issa Rae. She signed a five-year deal with the conglomerate. The agreement allows her to produce shows for HBO, HBO Max, and Warner Bros. Additionally, her media production company Hoorae will distribute the televised content. Rae […]

While Jimmy Page is most famous for his work with Led Zeppelin, he used to work as a session musician. One of the most notable tracks he worked on as a session musician was the title song for a classic James Bond movie. During an interview, Page discussed what happened when the pop star who […]

Q: A huge problem on Interstate 680 is where concrete sections keep coming loose. Will Caltrans ever smooth this out? Fred  Martinez, Dublin A: Yes, this is definitely planned. Caltrans will replace concrete slabs as part of more than $1.4 billion approved last week for projects across the state, with more than half, $884 million, […]