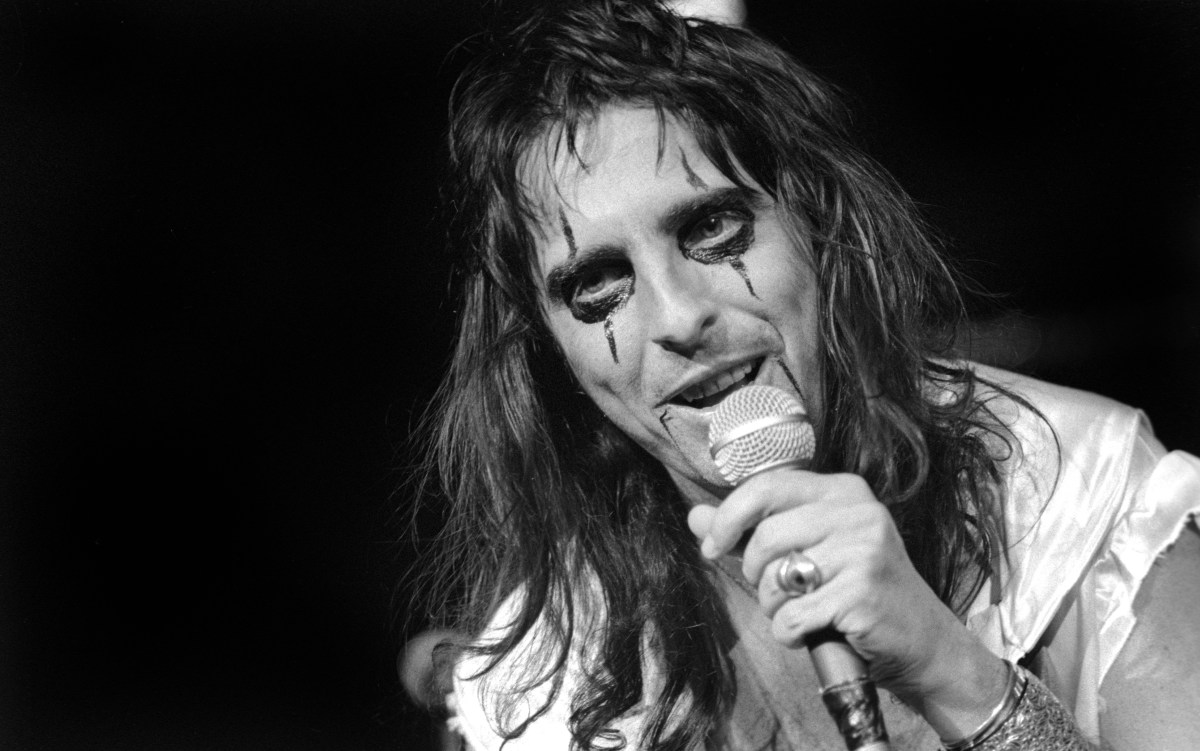 In his 2014 book Face the Music: A Life Exposed, Stanley discussed watching Cooper on tour. “In June, I saw Alice Cooper’s Billion Dollar Babies Tour and the theatricality made a huge impression on me,” he said. “He really opened my eyes to the possibilities of a rock ‘n’ roll show.

“Although it was more staged than anything I wanted to do — it seemed quite choreographed, and the whole thing had a scripted feel to it — I liked the atmosphere and environment he created,” Stanley said.

Stanley discussed how he wanted Kiss to mimic Cooper’s band. “I wanted Kiss to do things as visually arresting as that, but I wanted the band to be the show, by itself, as opposed to something that was providing a soundtrack for a separate drama,” he wrote.

“I wanted Kiss to command the same kind of attention without the use of dancers or giant toothbrushes,” Stanley added. “The question was, how?”

Stanley decided to buy something. “It would be a while before we fleshed out anything along those lines, but one thing we did immediately was buy a truckload of empty speaker cabinets,” he said. Stanley noted the speaker cabinets were inexpensive and they looked like Marshall amps. Kiss made sure the cabinets were not hit by spotlights so nobody would know they were empty.

Billion Dollar Babies became one of Cooper and his band’s most famous albums. The album topped the Billboard 200 for one week, making it the group’s only No. 1 album in the United States. It stayed on the chart for 50 weeks altogether, longer than any of the band’s other albums except for their earlier album Killer.

Cooper released four singles from Billion Dollar Babies: “Elected,” “Hello Hooray,” “No More Mr. Nice Guy,” and “Billion Dollar Babies.” The songs reached No. 26, No. 35, No. 25, and No. 57 on the Billboard Hot 100, respectively. This was one of the most commercially successful eras of Cooper’s career.

A 25-year-old San Pablo woman accused of first-degree murder in connection to a fatal November shooting in Fairfield will face a preliminary hearing in the case. Court records show that Kamaria Isis Davison Strange appeared July 26 in Department 9, where Judge Carlos R. Gutierrez set the hearing, a sort of minitrial with the presentation […]

(CNN) — Right-wing conspiracy theorist Alex Jones’ primary company filed for bankruptcy protection on Friday, an unexpected move that comes as a trial is underway in Texas to determine how much in damages he will have to pay the families of two Sandy Hook victims. Jones’ decision to seek bankruptcy protection for his company, Free […]

Brett Goldstein and Juno Temple | Apple TV+ Goldstein was a guest on Variety’s Awards Circuit podcast on July 21 with his castmates The wait for Ted Lasso Season 3 is exacerbated by the fear of Ted Lasso ending. Creator and star Jason Sudeikis described it as a three season show, though showrunner Bill Lawrence […]