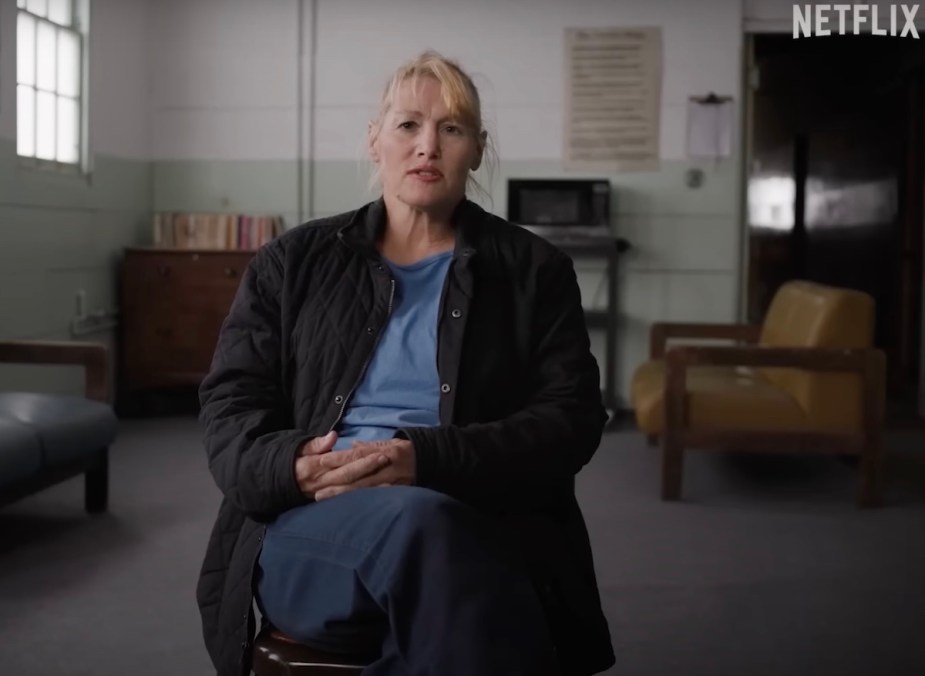 Netflix focuses on Sally McNeil in Killer Sally | Netflix via

Netflix has cornered the market on true crime content. One of their most recent docuseries is getting viewers talking. Killer Sally tells the true story of a woman who killed her husband. Her past is interesting, and many viewers have questions about it, including her demotion while serving as a U.S. Marine.

Who is ‘Killer Sally’ McNeil?

Sally “Killer Sally” McNeil was convicted of the murder of her husband Ray in 1995. She and Ray were both professional bodybuilders, and McNeil had also made a name for herself as an amateur wrestler.

According to her, she killed Ray after years of physical abuse. She kept a sawed-off shotgun in the home for her and her children’s protection, as Ray’s use of steroids often made him violently angry.

She claims that, after coming home intoxicated and upset, Ray started choking and beating her. McNeil got the gun and shot him twice, once in the stomach and once in the face. She immediately called 911 and confessed to killing him.

Sally McNeil and Brittany Smith both had to make a choice most of us can only imagine: To use deadly force or risk serious injury or even death. And the results of their cases may surprise you. https://t.co/KqgDcZlS3B

McNeil had a violent past. In Killer Sally, she describes growing up in a violent household. She experienced violence at the hands of her father and her first husband, Anthony Lowden. The couple shares three children.

The marriage broke down amidst Lowden’s repeated abuse of McNeil, according to her. During the divorce, their youngest child was put up for adoption.

Why Sally McNeil was demoted while serving in the Marines

Before the murder, McNeil was in the Marines. She served at Camp Pendleton in San Diego County and achieved the rank of sergeant. She also discovered a love of bodybuilding here and started competing in amateur competitions.

Sally McNeil’s children Shantina and John both served in the military as adultshttps://t.co/H4WSGxYGeV

In Killer Sally, McNeil’s time in the Marines is only lightly touched upon. The documentary briefly mentions some behavioral issues but doesn’t go into specifics. According to Screen Rant, McNeil was demoted from her rank as sergeant because of anger issues and violence towards others.

This demotion meant she could not re-enlist in the Armed Forces after finishing her military service. Following her release from the Marines, McNeil and Ray, who married in 1987, moved to Oceanside, California to follow their dreams of being professional bodybuilders.

Sally McNeil’s relationship with Ray, as well as where she is today

The pair’s marriage was tempestuous, with both McNeil and Ray exhibiting violent behavior and jealousy. According to Screen Rant, one story claims McNeil pinned one of Ray’s lovers to the ground and started beating her, resulting in the National Physique Committee suspending her for one year.

Netflix focuses on Sally McNeil in Killer Sally | Netflix via

Taylor Swift’s tenth studio album Midnights has broken records since its release in October 2022. The album’s lead single “Anti-Hero” has become Swift’s latest smash hit, topping the Billboard Hot 100 chart for several weeks. But after hit-making rapper Drake shared his own Hot 100 chart success and covered Swift’s name at No. 1, he […]

NFL power rankings, Week 12: Behind Chiefs and Bills, Ravens have work to do

Each week of the NFL season, The Baltimore Sun will rank all 32 NFL teams. The rankings will take into account not just weekly performance, injuries and roster depth, but how well each team measures up as Super Bowl contenders. Here are the rankings heading into Week 12: Super Bowl favorites 1. Kansas City Chiefs […]