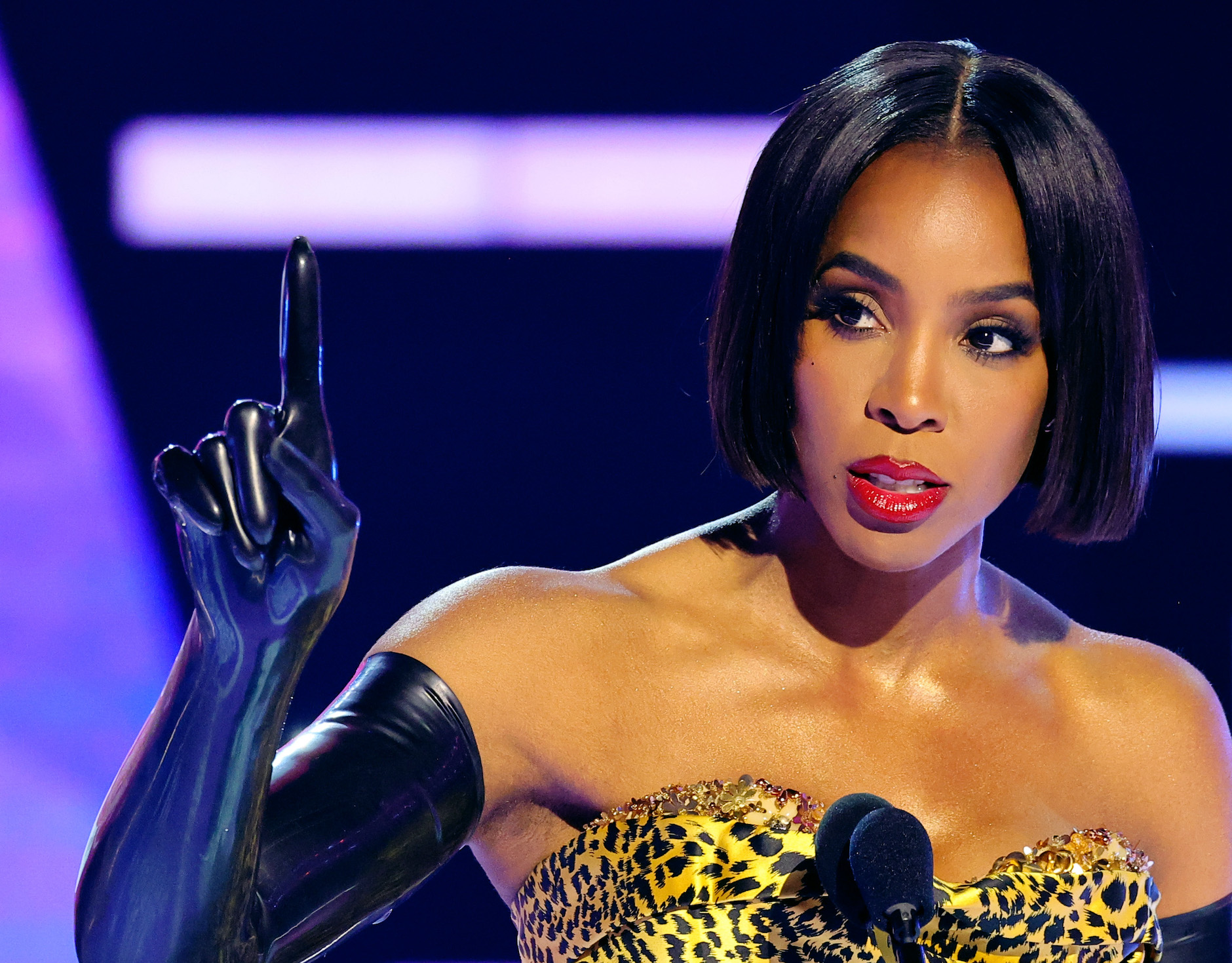 Singer and actor Kelly Rowland took the stage at the 2022 American Music Awards to present the award for Favorite Male R&B Artist. When she announced controversial performer Chris Brown as the winner, the award show audience reacted with shock and many in the crowd began to boo the decision. Rowland, in turn, stepped in to stand up for Brown.

Prior to the 2022 American Music Awards, Chris Brown (along with singer Ciara) had been tapped to perform a special tribute to Michael Jackson during the show. Over the years, some have drawn comparisons between the two artists for their dance and vocal abilities. However, the AMAs scrapped the performance at the last minute.

“Live shows change all the time, it’s the nature of this business; unfortunately, this element of the AMAs didn’t come together as we couldn’t align on the performance, to no fault of Chris Brown,” a statement from Dick Clark Productions, the company behind the award show, read.

Brown was nominated at the 2022 AMAs for Favorite Male R&B Artist alongside Brent Faiyaz, Givēon, Lucky Daye, and The Weeknd. Brown ultimately came out on top.

When Rowland announced Chris Brown as the winner for Favorite Male R&B Artist, the audience at Los Angeles’ Microsoft Theater reacted with jeers instead of cheers. After his Michael Jackson tribute was scrubbed, Brown didn’t show up at the ceremony at all, leaving Rowland to accept the award for him while simultaneously trying to calm down the crowd.

“Chris Brown is not here tonight so I’m accepting this award on his behalf,” she said.

“Excuse me — chill out,” she continued while holding up a finger as the crowd continued to boo. “But I wanted to tell Chris, thank you so much for making great R&B music. And I want to tell him thank you for being an incredible performer. I’ll take this award [and] bring it to you. I love you. Congratulations. And congratulations to all the nominees in this category.”

Despite his status as a controversial figure in music, Chris Brown has continued to release music over the years, with his most recent project being his album Breezy, released in June 2022. The album features appearances from artists like Lil Durk, Fivio Foreign,

Pac-12 bowl projections: USC to the playoff while Washington is left to ponder a giant ‘what if’

It took 13 weeks, but we finally have clarity on the most significant result of the Pac-12 football season — a result that made little sense at the time and makes zero sense now, that made an enormous impact on the team involved and the conference at large. It wasn’t Oregon’s blowout loss to Georgia […]

SAN JOSE — A man was pronounced dead Friday morning after suffering a gunshot wound on the 10000 block of Dougherty Avenue. Police found the man at 7:30 a.m. and said he had been shot at least once. He was pronounced dead at the scene. Police haven’t identified a suspect and don’t know of a […]

Outreach Day is a Nevermore Academy tradition | Netflix Per the picture Rowan ripped from an ancient text in the hidden Edgar Allan Poe library, Wednesday is squared up with a pilgrim. In episode 3, she discovers that pilgrim is Joseph Crackstone, the town’s founder. Wednesday uses Outreach Day to investigate Pilgrim World, which is […]