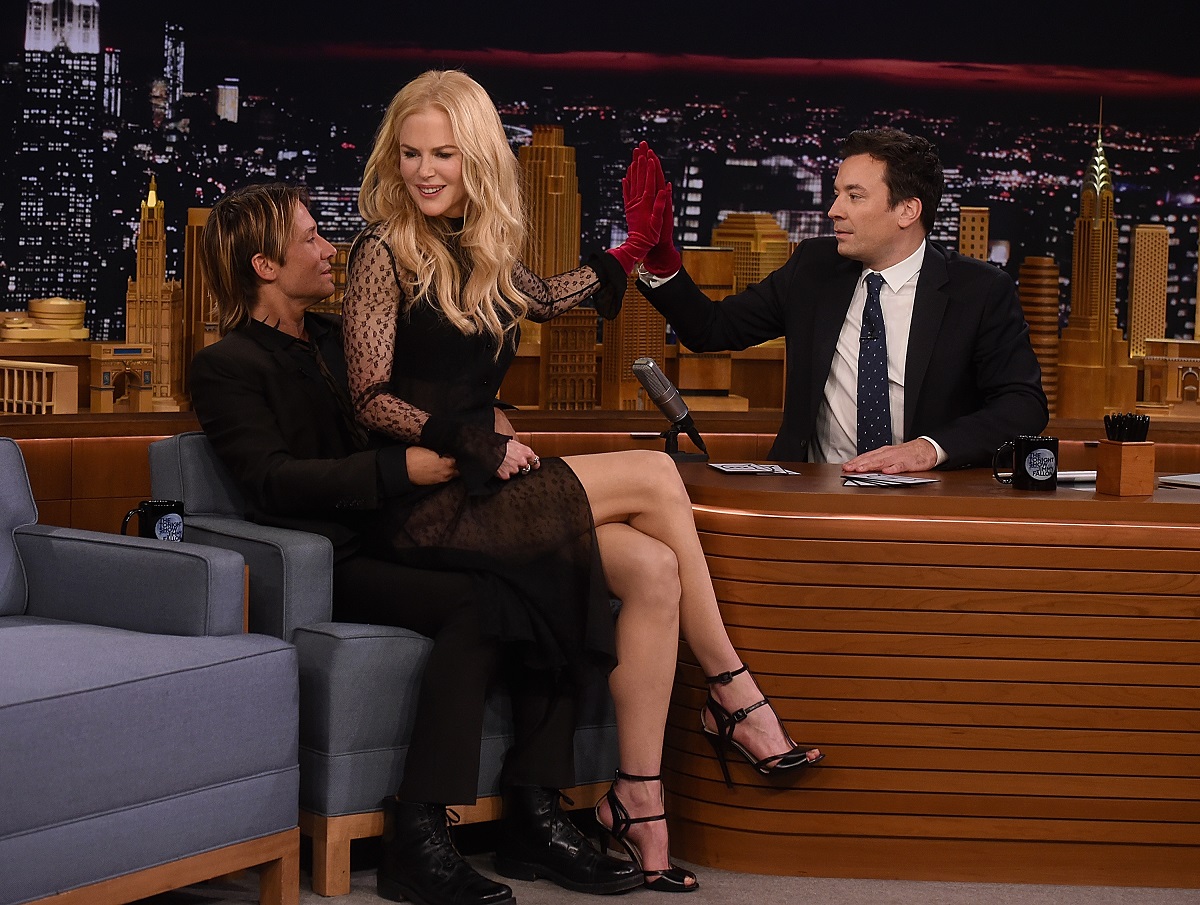 Jimmy Fallon is an experienced talk show host, with hundreds of celebrity interviews under his belt. Still, he’s not immune to getting flustered from time to time. And whenever actor Nicole Kidman comes on his show, the host is guaranteed at least one or two awkward moments. A few years ago, Kidman brought up a past failed date to Fallon, sending the host on a tailspin of embarrassment. Just one year after the iconic interview, Kidman returned to Fallon’s show, this time bringing her husband, singer Keith Urban. While fans might assume Urban would be annoyed by the brazen flirting, the singer proved he was simply amused.

Nicole Kidman had an awkward conversation with Jimmy Fallon in 2015

It all started when Kidman stopped by Fallon’s late-night talk show in 2015. During the interview, she asked him if he recalled when they’d met previously. A mutual friend had set the two stars up. But Fallon spent the night mostly ignoring her in favor of playing a video game. He was shocked that he blew the chance to date Kidman, while she joked that she thought that he had “no interest” in her.

In a separate interview one year later, Kidman mentioned another time that Fallon had apparently failed to make a move. As reported by Billboard, this second time was when she thought he would ask for her phone number but didn’t. The two stars blushed about the memory, their innocent flirting clearly resonating with viewers.

Nicole Kidman brought Keith Urban to ‘The Tonight Show’ in 2016

In her 2016 interview with Fallon, Kidman sprung a surprise on the host. After telling Fallon that she brought Urban to the interview in order to take care of her, the singer, who has been married to Kidman since 2006, walked on stage strumming a guitar. Urban then sat on the chair next to Fallon’s hosting desk. He took Kidman on his lap and watching the proceedings with amusement. Not only did Urban seem extremely unbothered by the light romantic tension between Fallon and Kidman, but he seemed genuinely calm and happy as well.

Nicole Kidman and Keith Urban Once Had a Baby in Secret, Like Mindy Kaling

Those invested in the Fallon and Kidman story got a treat in 2021, when she returned to his show. As reported by the Daily Mail, Fallon got Kidman blushing by telling her that she looked “gorgeous” in a sequined pantsuit. Kidman then teased Fallon by telling him that she came to New York just to see him.

It’s clear that the two haven’t lost their affinity for each other. Fans can’t get enough, taking to social media after the interview …read more

A Dublin High boys basketball player was subjected to racial language from some students in the San Ramon Valley student section while shooting a free throw at a game Tuesday night in Danville. San Ramon Valley principal Whitney Cottrell and her administrative team condemned the behavior, calling it extremely disappointing, and said the students will […]

OAKLAND — A 52-year-old Hayward man was fatally shot Wednesday night in East Oakland as he sat in his vehicle, police said. The man’s name was not released by authorities, pending confirmation of his identity and notification of his next of kin. Police responding to a ShotSpotter alert about 11:33 p.m. Wednesday in the 1300 […]