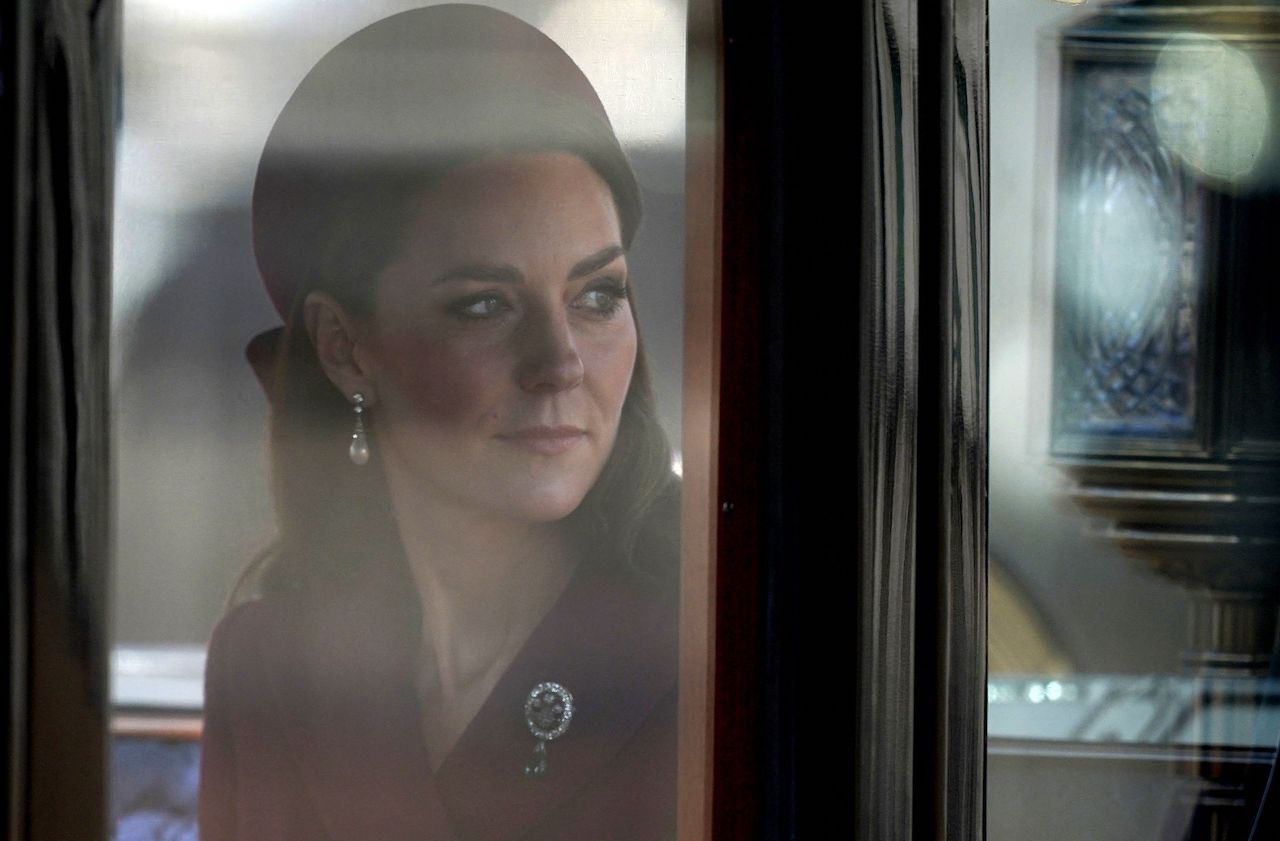 For the first time since receiving her new title, Kate Middleton wore the Princess of Wales Feather Brooch. The piece of jewelry has been passed down through generations of royal women, dating back to 1863. Kate adopted the title of Princess of Wales upon the death of Queen Elizabeth II in September 2022. And now she gets to wear the priceless piece as an emblem of her role.

The history of the Princess of Wales Feather Brooch

The Princess of Wales Feather Brooch was made for Princess Alexandra of Denmark in 1863. She received it as a wedding gift when she married the then-Prince of Wales, future King Edward VII. People shared the “design is inspired by the Prince of Wales’ badge, which features three feathers blooming out of a crown and has been linked to the title since the 14th century.”

The piece has remained with the royal family since then. Princess Diana received it as a wedding gift from the Queen Mother. She wore it as a necklace, later attaching an emerald drop. It was reportedly one of her favorites, but it returned to Elizabeth’s collection when she died in 1997.

Queen Camilla dusted it off and turned it into a brooch after marrying King Charles in 2005. But she kept the emerald drop Diana added. Notably, she used the title of Duchess of Cornwall instead of Princess of Wales, supposedly out of respect for her predecessor. But she still got to wear the piece.

Kate first wore the brooch to mark a special occasion — the first state visit from President Cyril Ramaphosa of South Africa. Along with pearl drop earrings that once belonged to Diana and a deep purple coat and hat, Kate accessorized with the piece that marks her new title as the Princess of Wales.

The princess also wore her first tiara since stepping into her new role at a state banquet for Charles’ reign. She wore a white gown with the Queen Mary’s Lover’s Knot tiara, which was also one of Diana’s favorite pieces (People). And in another nod to her late mother-in-law, she wore earrings that were once part of her collection.

Royal expert points to a key difference between Kate Middleton and former Princess of Wales, Diana

In his opinion, Kate is “the nearest contemporary equivalent to Diana, in terms of her popularity with both the …read more

Tom Cruise arriving at a London heliport in 2019 | J. Almasi/GC Images RELATED: ‘Call the Midwife’ Creator Explains Why She Thinks the Show Has Lasted 10 Seasons Agutter has played Sister Julienne on Call the Midwife since the show’s debut in 2012. The cast recently wrapped filming on Tom Cruise isn’t winning many fans […]

Reimer shines in bounce-back performance, but Sharks are stymied in another home loss

SAN JOSE – James Reimer did what he could Saturday to help the Sharks snap a lengthy losing streak on home ice. But the skaters in front of him didn’t offer up much in support. Julien Gauthier scored at the 13:57 mark of the third period, the 40th shot that Reimer had faced up until […]

Five year after being fired from NBC’s “Today” show over allegations of sexual misconduct, Matt Lauer has lost trust in people and has “withdrawn from several friendships,” largely due to Katie Couric, who labeled him a “predator” and shared their private text messages in her 2021 memoir, according to a report. A source told People […]