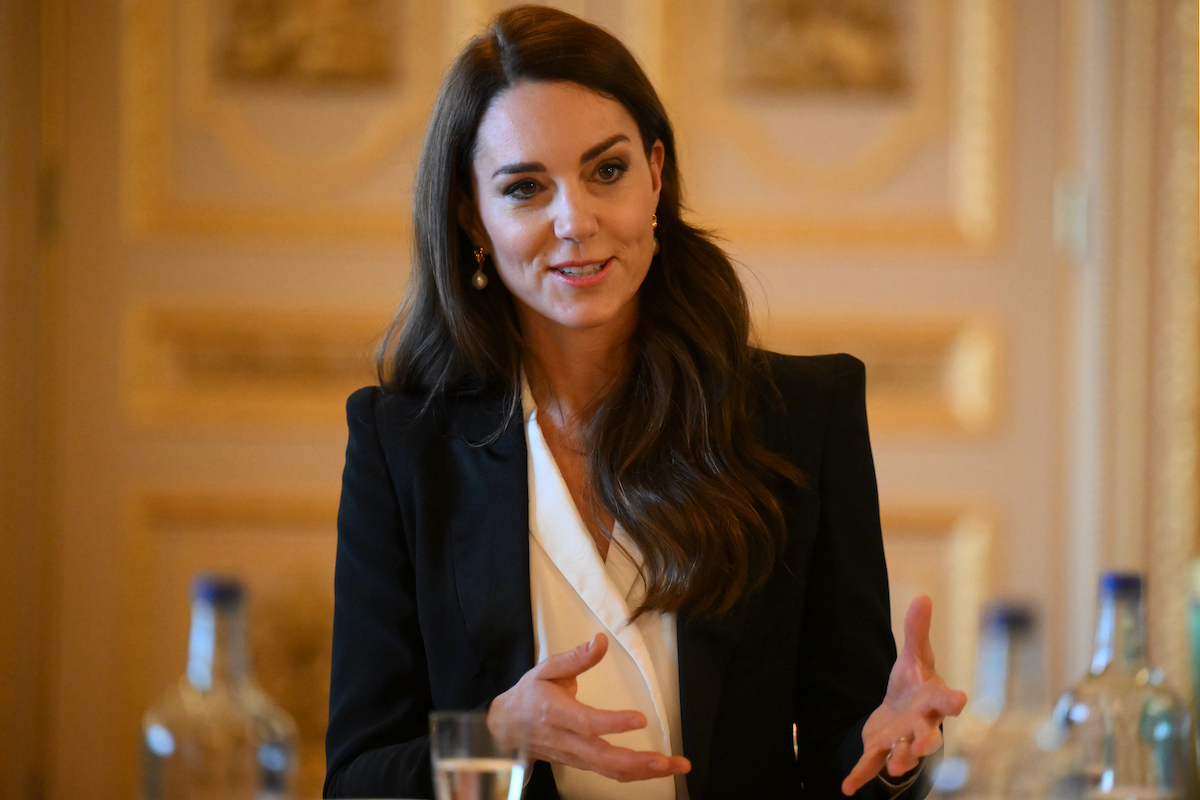 A first for Kate Middleton. The Princess of Wales took a big step in furthering her early childhood development work with a special meeting. Ahead, why Kate’s latest royal engagement with a panel of experts is so significant, plus, what’s next for her foundation.

Since officially joining the royal family in 2011, Kate’s made early childhood development one of the main causes she champions. And on Jan. 25, 2023, she hit a milestone of sorts.

Kate hosted eight experts — with a pen and notebook at the ready — in childhood development at Windsor Castle. What made the meeting special, however, was that the experts attended as members of a panel convened to offer Kate advice on her early childhood work (via Mirror).

The eight people making up the panel have expertise in areas including neuroscience, psychology, perinatal psychiatry, and policy development. They’ll be on hand to offer Kate’s foundation insight as it embarks on new research, best practices, and raising awareness.

In a Jan. 25 tweet from her and Prince William’s official Prince and Princess of Wales Twitter account, Kate commented on the meeting and what’s to come.

She described it as “insightful,” tagging the foundation in her post alongside two photos from the meeting. Kate also shared what they’d talked about: having “a shared passion for the extraordinary impact of the first five years of life and its role in shaping us.”

The mother of three concluded the post with a little hint at what’s to come for the Royal Foundation Centre for Early Childhood. “Very exciting things ahead…!” Kate said in the tweet.

So, what is next for Kate and her early childhood development work? The 41-year-old (Kate celebrated her birthday on Jan. 9), and the foundation, supposedly have another big project coming soon.

According to Mirror, Kate’s expected to unveil a program for young children based on everything she’s learned since beginning her research on early childhood development.

“The campaign she has …read more

Oakley woman pleads no contest to sexually abusing teen boys, will be a sex offender for life

MARTINEZ — An Oakley woman pleaded no contest Friday to sexually abusing three boys in her area, and will serve a state prison sentence of seven years and eight months, court records show. Jennifer Decarlo, 35, pleaded no contest to five charges, including committing a lewd act with a minor and unlawful sex with a […]

By ISABEL DEBRE (Associated Press) JERUSALEM (AP) — A 13-year-old Palestinian opened fire in east Jerusalem on Saturday, wounding two Israelis, officials said, a day after another attacker killed seven outside a synagogue in the deadliest attack in the city since 2008. The shooting in the Palestinian neighborhood of Silwan in east Jerusalem, near the […]

Patrick Williams accepts a new challenge from the Chicago Bulls: ‘You’ve got to feel him on the backboard,’ Billy Donovan says

The Chicago Bulls want more out of Patrick Williams. That has been a common refrain throughout the power forward’s third season in Chicago. But as Williams continues to build on his scoring and defensive contributions, coach Billy Donovan issued a more focused edict for the 21-year-old’s improvement. “You’ve got to feel him on the backboard,” […]