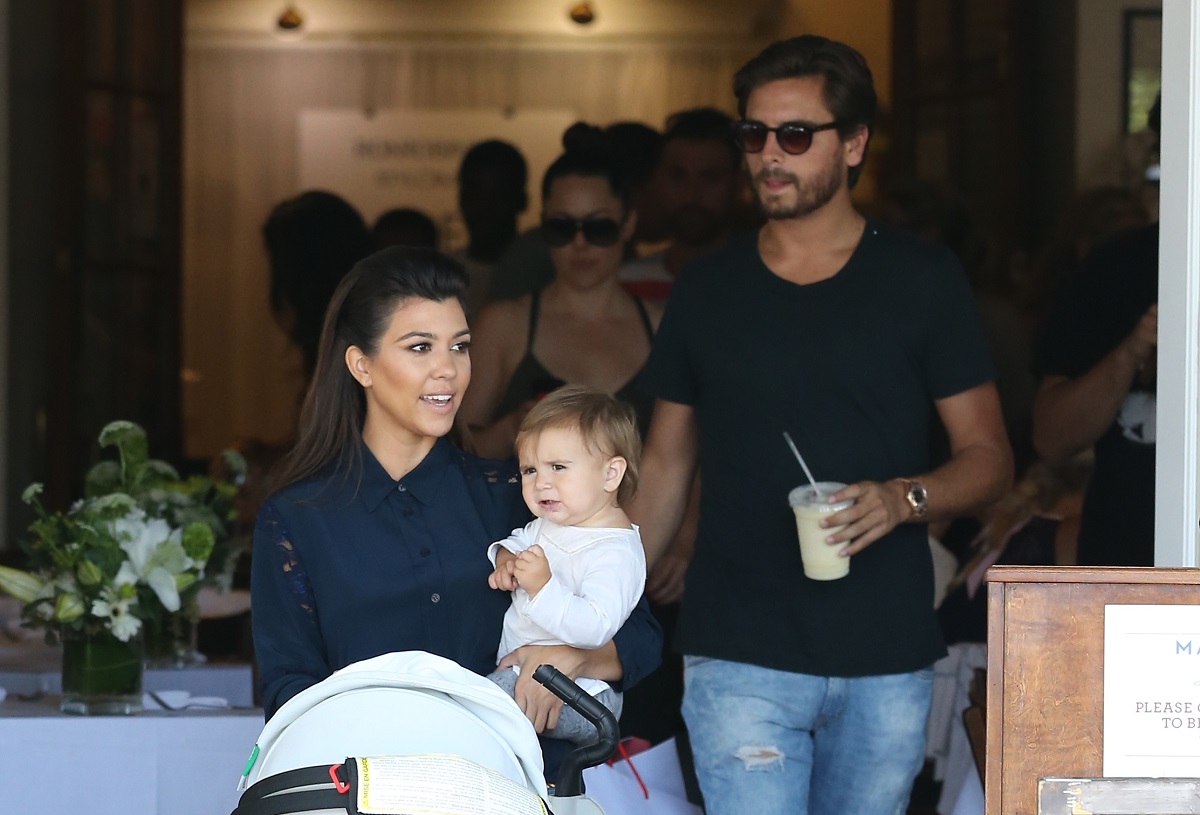 The Kardashian family has been in the spotlight for a long time. Though it’s been more than a decade since they burst onto the scene, fans still have a lot to say about the clan. One of the most controversial members of the Kardashian family is Scott Disick — Kourtney Kardashian’s ex-partner and the father of her three children. Even though Disick and Kardashian are no longer together, their relationship and family dynamic are at the heart of many of the headlines about the famous group. Recently, some fans took to Reddit to discuss Disick and Kardashian’s middle child, their daughter Penelope, discussing why they think the child looks just like her father.

What did fans say about Penelope Disick looking like her father, Scott Disick?

Fans have seen Disick’s children grow up on camera. First on the family’s original reality show, Keeping Up with the Kardashians, and then on the new Hulu show, The Kardashians. It’s no wonder that viewers have a lot of thoughts about how the children are evolving and changing. In a recent Reddit thread, fans dished on Penelope Disick. “She looks just like Scott!” one fan wrote in response to an Instagram photo shared by Disick featuring his only daughter.

“There was a recent pic of P and Kourt together on a jet and it was the first time I thought they looked alike… I think it may have been the face shape/jaw. But totally, the eyes, brows, mouth, etc. all super similar to Scott. They’re adorable!” another fan wrote. “So sweet. I was watching episodes of kuwtk the other day when Kourtney and Scott were trying to get pregnant again and now she’s like 9 :’)” a longtime follower of the family reminisced.

In the same Reddit thread, fans talked about Disick and Kardashian’s other children: Mason, born in 2009, and Reign, born in 2014. “All his kids definitely favor him look wise,” one poster noted. “Though when Mason was a baby he did look like all the Armenian kids in my family! So cute.” Others agreed Mason Disick, who prefers to stay mostly out of the spotlight, resembles Disick a great deal.

“Mason somehow looks super armenian and super similar to scott,” one fan said. There’s no doubt that Disick and Kardashian’s family has been the central focus of many plotlines on Keeping Up with the Kardashians. Mason’s birth was one of the first real iconic moments on the groundbreaking reality show, with fans worldwide watching as Kardashian delivered her firstborn child. These days, Disick and Kardashian are no longer a couple. But they maintain a close co-parenting relationship for the sake of their kids.

Disick and Kardashian dished on their co-parenting relationship

Since their breakup, Kardashian and Disick have tried to keep …read more

Dear Abby: She gets angry when we say she’s not a good baby-sitter

DEAR ABBY: My sister “Rebecca” is in her early 40s and has been blind for more than 20 years. She has low self-esteem and gets depressed when she can’t do things. Right now she wants to babysit a 1-year-old boy in our family by herself. Rebecca’s husband is legally blind, closets himself in his home […]

Kurtenbach: The Warriors are favorites to repeat as champions. These three teams are their biggest threats

The celebration is winding down. The parade is over. And one thing has been made abundantly clear since the Warriors won their fourth title since 2015: Success doesn’t leave much time for contemplation. Welcome to the 2022 NBA offseason, ladies and gentlemen. The Warriors are the oddsmakers’ favorites to repeat as champions, but, like with […]

Tearful Steph Curry celebrates his fourth NBA championship: ‘You can never take this for granted’

Steph Curry was overcome with emotion after securing another championship ring Thursday night in Boston. Curry celebrated after several big shots in the second half of the Warriors’ 103-90 Game 6 win over the Celtics to secure their fourth league title in eight years. But when it became clear in the game’s final minutes that […]