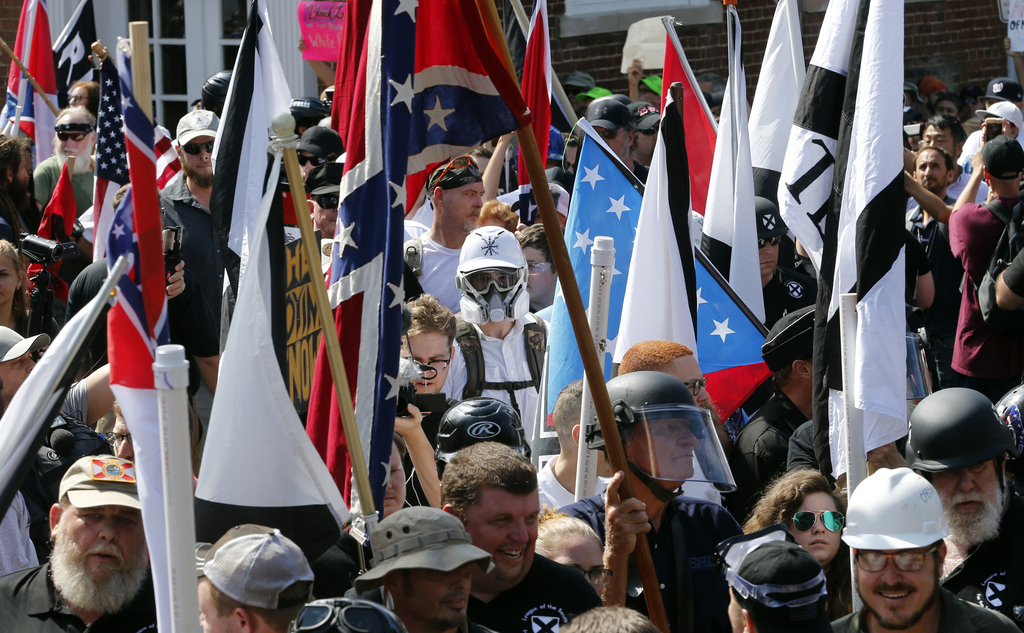 CHARLOTTESVILLE, Va. — A jury ordered white nationalist leaders and organizations to pay more than $25 million in damages Tuesday over violence that erupted during the deadly 2017 Unite the Right rally in Charlottesville.

After a nearly monthlong civil trial, the jury in U.S. District Court deadlocked on two key claims but found the white nationalists liable on four other counts in the lawsuit filed by nine people who suffered physical or emotional injuries during the two days of demonstrations.

Attorney Roberta Kaplan said the plaintiffs’ lawyers plan to refile the suit so a new jury can decide the two claims this jury could not reach a verdict on. She called the amount of damages awarded from the others counts “eye opening”

The verdict, though mixed, is a rebuke to the white nationalist movement, particularly for the two dozen individuals and organizations who were accused in a federal lawsuit of orchestrating violence against African Americans, Jews and others in a meticulously planned conspiracy.

He said plaintiffs’ attorneys made it clear before the trial that they wanted to use the case to bankrupt him and other defendants.

“It was activism by means of lawsuits, and that is absolutely outrageous,” he said. “I’m doing fine right now because I had kind of accepted in my heart the worst that could happen. I had hope, of course, but I’m not terribly surprised or crestfallen.”

Lawyers for the plaintiffs invoked a 150-year-old law passed after the Civil War to shield freed slaves from violence and protect their civil rights. Commonly known as the Ku Klux Klan Act, the law contains a rarely used provision that allows private citizens to sue other citizens for civil rights violations.

Hundreds of white nationalists descended on Charlottesville for the Unite the Right rally on Aug. 11 and 12, 2017, ostensibly to protest city plans to remove a statue of Confederate Gen. Robert E. Lee. During a march on the University of Virginia campus, white nationalists chanted “Jews will not replace us,” surrounded counterprotesters and threw tiki torches at them. The following day, an avowed admirer of Adolf Hitler rammed his car into a crowd of counterprotesters, killing one woman and injuring dozens more.

Then-President Donald Trump touched off a political firestorm when he failed to immediately denounce the white nationalists, saying there were ” very fine people on both sides. ”

The driver of the car, James Alex Fields Jr., is serving life in prison for murder and hate crimes. Fields is one of 24 defendants named in the lawsuit funded by Integrity First for America, a nonprofit civil rights organization formed in response to the violence in Charlottesville.

The lawsuit accused some of the country’s most well-known white nationalists of plotting the violence, including Jason Kessler, the rally’s main organizer; Spencer, who coined the term “alt-right” to describe a loosely connected band of white nationalists, neo-Nazis and …read more

It’s hard to understand why Justin Bieber ever agreed to headline a Dec. 5 concert in Saudi Arabia, which human rights activists say will help “restore the reputation” of a leader, Crown Prince Mohammed bin Salman, and a regime “that kills its critics,” including slain journalist Jamal Khashoggi. Bieber, or his people, should have remembered […]