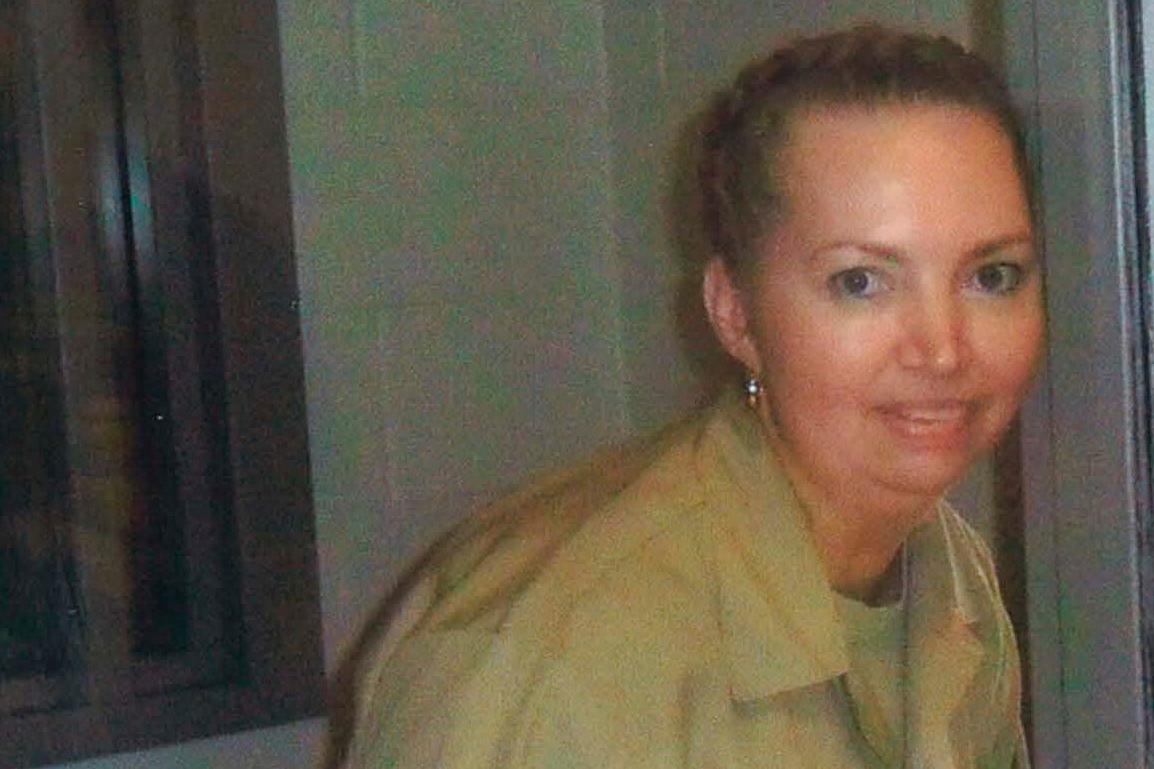 By HEATHER HOLLINGSWORTH | The Associated Press

MISSION, Kan.  — A judge has halted the U.S. government’s first execution of a female inmate in nearly seven decades, saying a court must first determine whether the Kansas woman who killed an expectant mother, cut the baby from her womb and then tried to pass off the newborn as her own is mentally competent.

The order, handed down less than 24 hours before Lisa Montgomery was set to be executed Tuesday at the federal prison complex in Terre Haute, Indiana, temporarily blocks the federal Bureau of Prisons from moving forward with her execution. The Justice Department didn’t immediately comment.

Montgomery’s lawyers have said their client suffers from hallucinations — including hearing her abusive mother’s voice — as well as a disoriented sense of reality and gaps in her consciousness. They have long argued that she is not mentally fit to be executed because she suffers from serious mental illness and faced years of emotional and sexual trauma as a child.

U.S. District Judge James Patrick Hanlon found that the court must first hold a hearing to determine whether Montgomery meets the legal criteria for competency before the execution can move forward, finding she “would be irreparably injured if the government executes her when she is not competent to be executed.”

Kelley Henry, one of Montgomery’s attorneys, praised the ruling and said her client is “mentally deteriorating.”

“Mrs. Montgomery has brain damage and severe mental illness that was exacerbated by the lifetime of sexual torture she suffered at the hands of caretakers,” Henry said.

Separately, the U.S. Circuit Court of Appeals for the District of Columbia issued another stay in Montgomery’s case for an appeal related to the Justice Department’s execution protocols and said briefs must be fully filed in that case by Jan. 29, raising the prospect her execution could be delayed until after President-elect Joe Biden takes office. Biden has said he opposes the death penalty and a spokesman told the AP he would work to end its use in office, but Biden’s team has not said whether he would halt executions after his inauguration on Jan. 20.

Montgomery drove about 170 miles (274 kilometers) from her Melvern, Kansas, farmhouse to the northwest Missouri town of Skidmore under the guise of adopting a rat terrier puppy from Bobbie Jo Stinnett, a 23-year-old dog breeder. She strangled Stinnett with a rope before performing a crude cesarean and fleeing with the baby.

She was arrested the next day after showing off the premature infant, Victoria Jo, who is now 16 years old and hasn’t spoken publicly about the tragedy.

“As we walked across the threshold our Amber Alert was scrolling across the TV at that very moment,” recalled Randy Strong, who was part of the northwest Missouri major case squad at the time.

He looked to his right and saw Montgomery holding the newborn and was awash in relief when she handed her over to law enforcement. The preceding hours had been a blur in which he photographed Stinnett’s body and spent a sleepless …read more

As always, thanks to everyone who submitted questions. You can submit questions for future mailbags to wgoldberg@bayareanewsgroup.com and on Twitter. Will the Warriors implement plays to feature James Wiseman? — Michael J. They already have. Wiseman is central to the Warriors’ burgeoning pick-and-roll attack, and we’ve seen Steve Kerr leverage Wiseman’s outside jumper early in […]

FRESNO — The widespread FBI probe into the Hells Angels included a criminal investigation into the February disappearance of a member of the outlaw biker gang’s Fresno chapter who went missing in February 2015, according to recently filed court records. On February 11, 2015, Robbie Lane Huff, then-34, of Fresno, seemingly vanished off the face […]

Bank of America exposed unemployed California workers to fraud and suspended jobless payments after the banking behemoth failed to properly safeguard their benefits accounts, a federal lawsuit claims in the latest twist involving a widening Employment Development Department fraud scandal. The lawsuit alleges that that financial leviathan, despite being required by its exclusive contract with […]