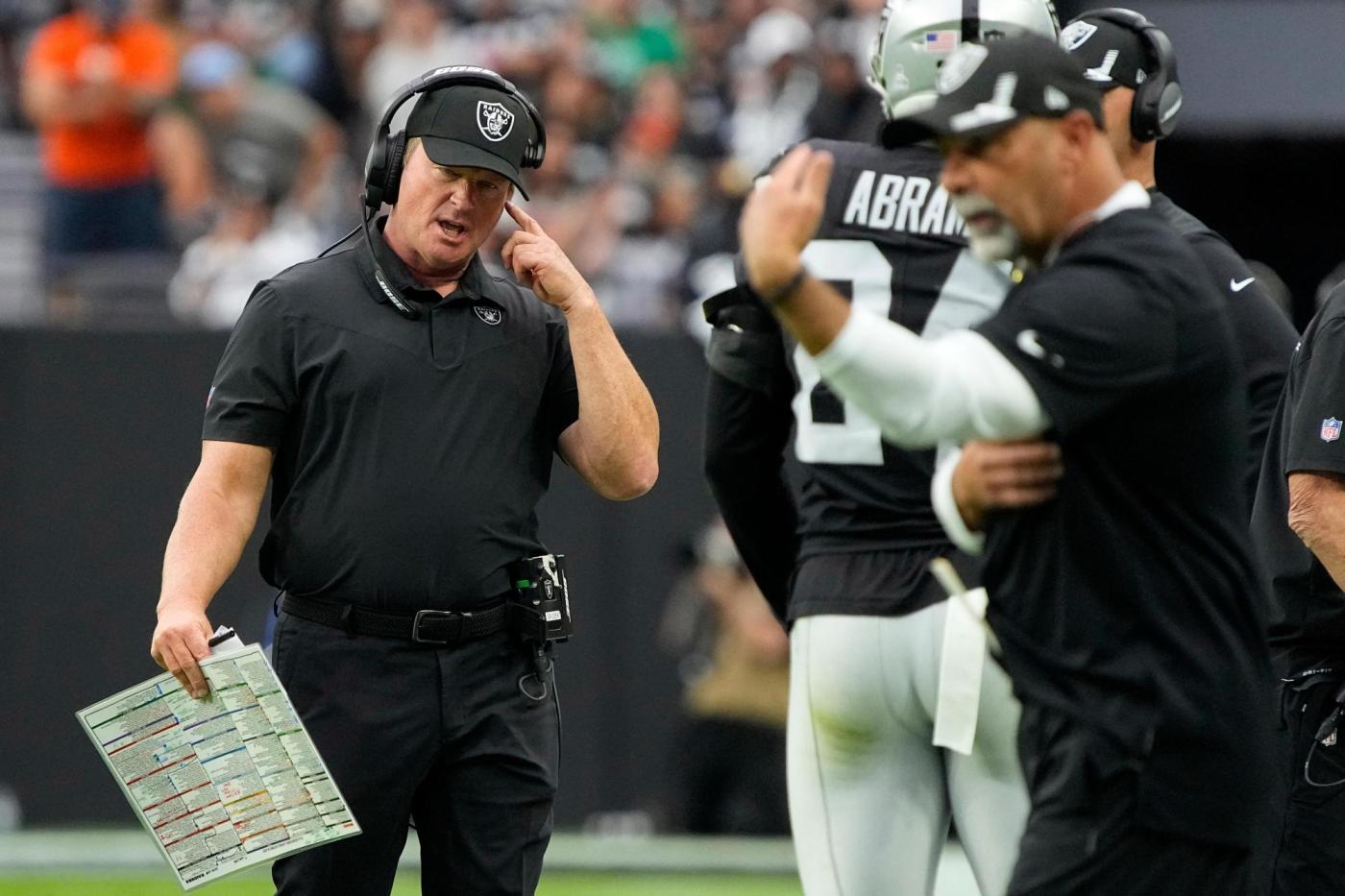 Jon Gruden is out as coach of the Las Vegas Raiders after emails he sent before being hired in 2018 contained racist, homophobic and misogynistic comments.

A person familiar with the decision said Gruden is stepping down after The New York Times reported that Gruden frequently used misogynistic and homophobic language directed at Commissioner Roger Goodell and others in the NFL.

It was a rapid downfall for Gruden, who is in the fourth year of a 10-year, $100 million contract he signed with the Raiders in 2018. It started on Friday when the Wall Street Journal reported that Gruden used a racist term to describe NFL union chief DeMaurice Smith in a 2011 email to former Washington executive Bruce Allen.

QB power rankings: We have a new No. 1, and how far will Carr fall?

The emails were discovered in a workplace misconduct investigation into the Washington Football Team but ended up costing Gruden his job.

California woman on trial after going maskless in grocery store

A maskless woman accused of refusing to leave a Costa Mesa grocery store has become the only person to go on trial in Orange County after allegedly refusing to follow face-covering mandates during the coronavirus pandemic. A jury will soon decide whether Marianne Campbell Smith is guilty of a pair of misdemeanor charges — trespassing […]

By Zachary Cohen and Ryan Nobles | CNN The House committee investigating January 6 sent a letter to Stephen Bannon on Friday rejecting his argument for failing to comply with the panel’s subpoena and dismissing his claim of executive privilege, particularly as it relates to his communications with individuals other than former President Donald Trump, […]

‘Spider-Man: No Way Home’: Could the Runtime Really Be Over 2 Hours?

Fans could not be more excited about the mind-blowing Spider-Man: No Way Home trailer. With the wait until December 17, 2021 seeming too long to take to see Tom Holland’s third feature as the hero for some, the hunt has begun all over the internet for more info about what the movie may bring. There […]