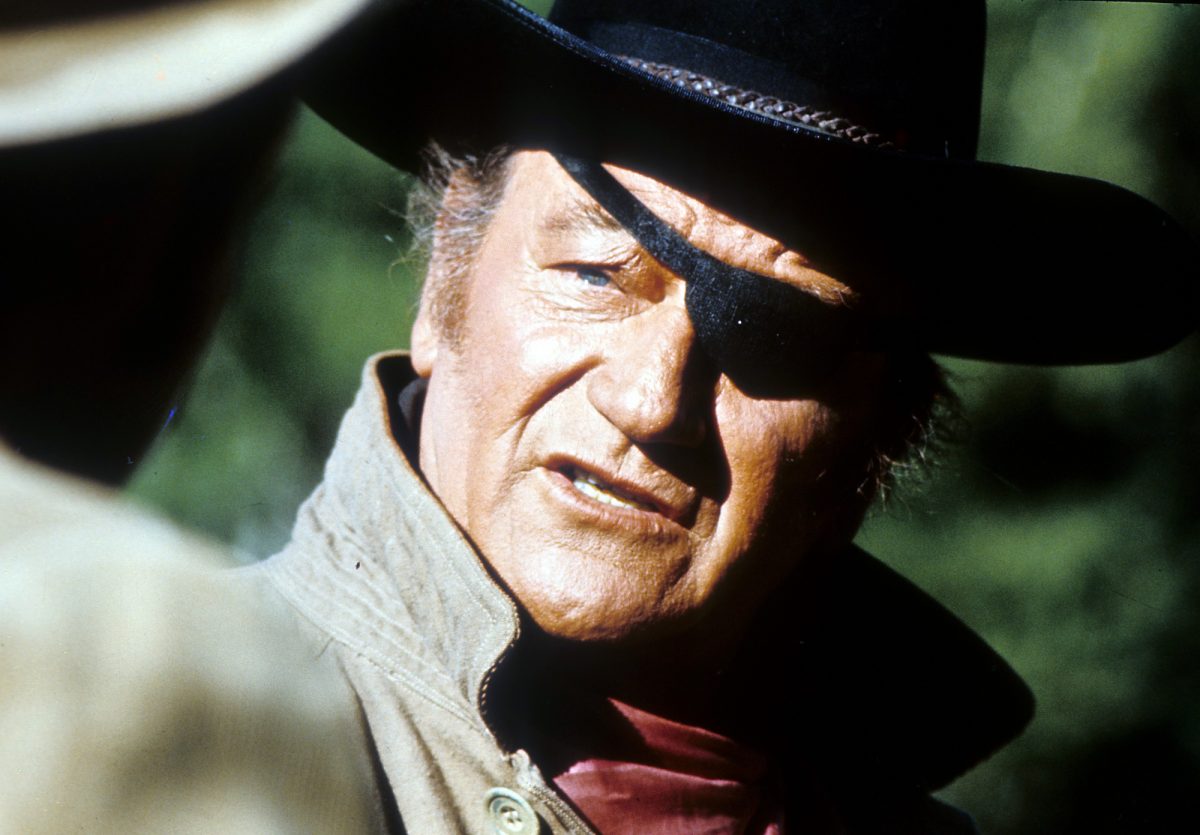 Actor John Wayne made a big splash with True Grit. He never anticipated that he would actually take home the Oscar gold this time around. However, Wayne did have a favorite scene in True Grit that really connected with him on a personal level. As a result, he wanted to do his own stunt work for the sequence.

Wayne didn’t get along with his True Grit co-star, Kim Darby, but he pushed his feelings down for the sake of the motion picture. The actor ultimately wanted to give the role to his own daughter, but he didn’t quite have the final say on the casting. Nevertheless, Wayne and Darby’s off-screen interactions ultimately led to a fascinating dynamic for the movie.

Wayne plays Rooster Cogburn in True Grit, who is a washed-up U.S. marshal with no family. The only relationship that he has left is with alcohol. However, everything changes when young Mattie Ross (Darby) approaches him with the request to help catch the man who killed her father. Rooster ultimately accepts the job, but unexpectedly rediscovers his life and redeems himself over the course of the film.

Marc Eliot’s American Titan: Searching for John Wayne takes a deep dive into the actor’s life and career, including his work on True Grit. He absolutely loved the filming location itself, but there was one scene in particular that really stuck with the actor.

Wayne’s favorite scene in True Grit was at the end when he tells Mattie to “come see a fat, old man sometime” and then rides off on his house and jumps a four-rail fence. However, Wayne was missing a lung as a result of his surgery, wasn’t in the best physical condition, and was 61 years old.

Nevertheless, Wayne completed the jump in one take without a stunt double. His intention was to show the world that he wasn’t just alive, but was still able to hold his own. Additionally, it was a message to Hollywood that he wasn’t ready for retirement quite yet.

Critics forgave the actor after ‘The Green Berets’

American Titan: Searching for John Wayne explores how the critics responded to Wayne’s performance in True Grit. They previously slammed him for the war movie named The Green Berets that took a pro-stance on the Vietnam War. However, things would turn out very differently for both Wayne and True Grit.

Eliot wrote that advance screenings went extremely well and critics raved about the movie, especially when it came to Wayne’s brilliant performance. Eliot referred to Charles Champlin’s review in the Los Angeles Times, who wrote: “Rooster Cogburn sits like a crown atop [Wayne’s] forty years of playing John Wayne … until you’ve seen John Wayne with the reins in his teeth, you haven’t seen it all.”

Wayne would also finally win his one and only Oscar for his performance in True Grit, making …read more

How Many Ex-Girlfriends Did Pete Davidson See at the 2022 Met Gala With Kim Kardashian?

The Orlando Magic NBA Summer League games are set to begin July 7 against the Houston Rockets in Las Vegas on ESPN. The NBA announced the master TV schedule for all 30 teams on Monday for the summer league that is subject to change. The team with the No. 1 pick gets the showcase game […]

Actor George Clooney arrives at the premiere of Paramount Pictures’ ‘Up In The Air’ held at Mann Village Theatre on November 30, 2009 in Westwood, California. (Photo by Jason Merritt/Getty Images) Clooney might be one of the biggest stars in Hollywood, but he knows that being a high-profile public figure can be risky business. In […]