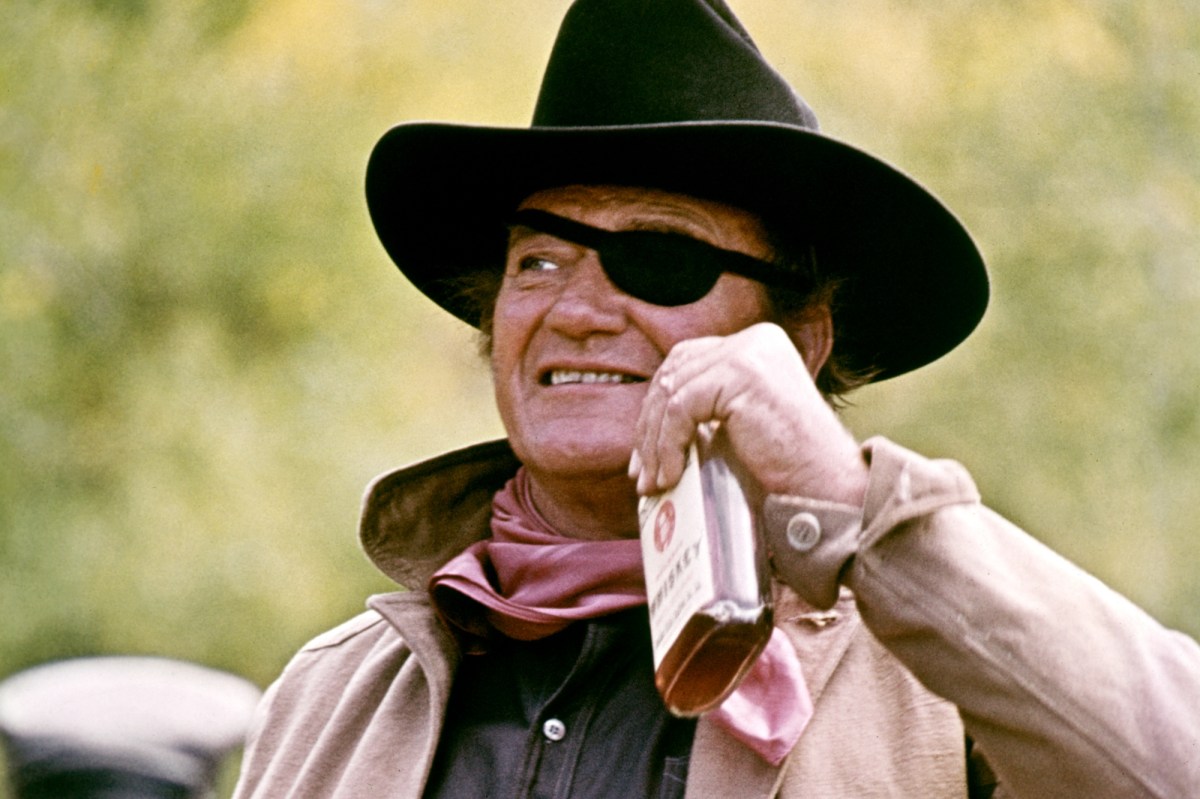 Western movie star John Wayne left a notable legacy thanks to his roles in classics, such as True Grit. He played a very specific type of character on the silver screen. However, audiences knew exactly what they were paying for when it came to his feature films. Wayne once said that he earned his True Grit role by “accident” and the book’s author didn’t initially want him anywhere near the part.

Long before True Grit came along, Wayne launched to stardom with filmmaker John Ford’s Stagecoach in 1939. Over the course of his career, he continued to prove his ability to carry a movie with his booming voice and signature acting style that charmed viewers around the world. However, Wayne’s critics suggested that he couldn’t act, but was only playing himself in every role.

Wayne ultimately surprised many folks with his performance as Rooster Cogburn in True Grit. He played opposite a young Kim Darby as Mattie Ross, who recruits Rooster to help track down her father’s killer and bring him to justice. Wayne once again infused his stern machoism, although he provided an emotional weight that some audiences didn’t see coming.

According to a 1970 interview at the Academy Awards via YouTube, Wayne initially had some difficulties when it came to securing his role in True Grit. However, he knew that if he wanted to go for an Oscar gold statue that he would need to secure a specific type of role in a particular feature film. But, novel author Charles Portis didn’t initially want him for the part.

“I think in order to get the critics and the vocal group in our organization interested in you for an Oscar, you have to be in a certain type of picture,” Wayne said. “It was an accident that I was in this one. It was just a natural for me when I read the book, I went out and tried to buy it. The author didn’t want me.”

Portis appeared on the True Grit set and gave Wayne some criticism, but he didn’t agree with it.

“You know, the day I was doing the scene in the beautiful shot with the turning leaves in Colorado, the author was there,” Wayne recalled. “He didn’t say anything, and I said to him, ‘Well, how’d you like it?’ He said, ‘I think you should have worn a mustache.’ Now, let me show you. I got a hat down to here (Holds his hand just at his brow). I’ve got an eye covered (Holds his hand over his eye) and now he wants to put a mustache on me like this. I wouldn’t have been in the picture. That was his constructive criticism when I was doing the scene.”

He won his first and only Oscar for the role

RELATED: John Wayne Revealed the 1 Prop He Would …read more

‘Capturing the Killer Nurse’: Charles Cullen Had to Be Gagged With Duct Tape During His Sentencing Because He Wouldn’t Stop Chanting

The recent Netflix show The Good Nurse tells the true crime story of Charles Cullen, who killed dozens and maybe even hundreds of patients during his years in health care. But although the TV show may paint a baffling picture of a cold-blooded killer, the real story may be even stranger. Cullen clearly showed that he […]

Sterling Shepard was Facetiming with Odell Beckham Jr. during the Giants’ open locker room Friday, asking when his friend would be at the facility and joking that “the Feds” — the local media — were hot on OBJ’s trail. “I would be lying if I [said] having Odell in the locker room wouldn’t help this […]