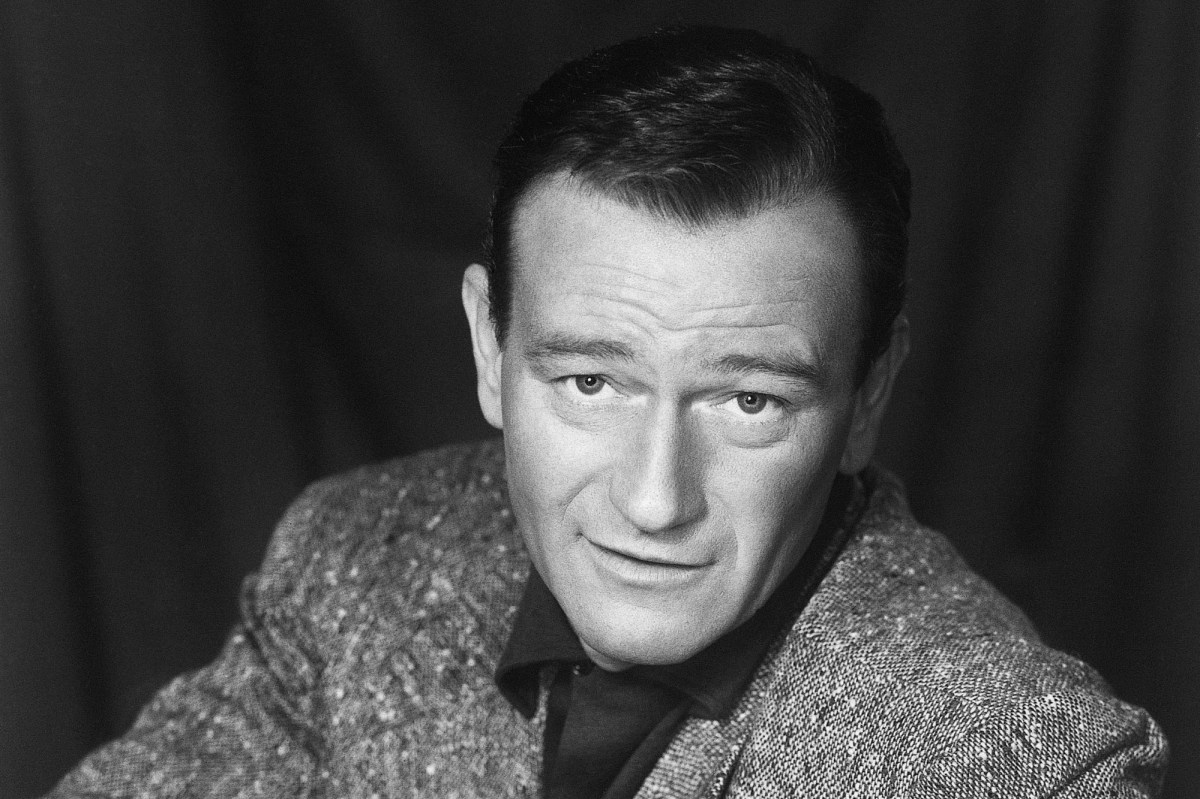 Actor John Wayne was lucky to meet his movie industry mentor, John Ford, at such a young age. However, it wouldn’t help him through some of the biggest disasters in the early portion of his career. Wayne once recalled to his wife, Pilar, how he almost lost his movie career forever. “Idle flirtations” with a female actor and the wrath of a vengeful studio executive initially shattered his dreams.

John Wayne launched his movie career at an unlucky time

Pilar and Alex Thorleifson’s book, John Wayne: My Life with the Duke, took a dive into his rise to fame in the movie industry. He got a lucky break in Hollywood at the time when the studio was booming, and audiences were excited to see the latest “talkie” in theaters.

However, Wayne’s dreams of a movie career “shattered” before his eyes when Fox’s The Big Trail failed at the box office. As a result, the studio declared bankruptcy, and Wayne was out of a job. Columbia swiftly picked Wayne up, but this would ultimately lead to a whole lot more trouble for the actor.

Pilar and Thorleifson wrote that Columbia studio head Harry Cohn ran his operation like a “private hunting preserve.” If he became interested in a young female actor, every male on the studio lot had an unspoken understanding that they need to keep their distance from her. However, Wayne wasn’t aware of the Hollywood movie executive’s rule, and the unnamed female actor found him “irresistible.”

After filming Arizona, Wayne was turned away at the Columbia studio gate. “I thought it was all some kind of mistake,” Wayne told Pilar. “All I knew was I had to talk to Cohn and clear things up–or my career was finished.”

Wayne and Cohn had a “hostile” meeting, where the executive told the actor, “Keep your goddamn fly buttoned on my studio.”

As a result, Cohn wanted to make an example out of Wayne. He cast him in minor B-movie roles, ultimately making him play a character with no dialogue – a corpse in a coffin – before canceling his contract.

The movie industry saw Wayne as a walking disaster after Fox’s bankruptcy and the Columbia incident. “A boozer, a skirt chaser, a troublemaker, and box office poison” were all terms used to describe the actor. No movie studio would hire Wayne, …read more

SANTA CLARA — Signage around Levi’s Stadium is celebrating Bryant Young’s induction later Saturday afternoon into the Pro Football Hall of Fame. Inside the stadium’s auditorium, coach Kyle Shanahan gave his own tribute in a pre-practice press conference. “I love B.Y. and I was a ballboy when he got drafted,” Shanahan began. “Talk about a […]

‘The Bold and the Beautiful’ Spoilers: Deacon’s Romantic Tryst Lands Him in Trouble

Awareness and preparedness are the Oakland Firesafe Council’s top priorities when it comes to keeping the city’s approximately 452,000 residents safe during emergencies. Related Articles Local News | Piano great Dick Hyman comes to Stanford Jazz Fest with an old friend The nonprofit founded in 2014 by Sue Piper and Ken and Dinah Benson to […]