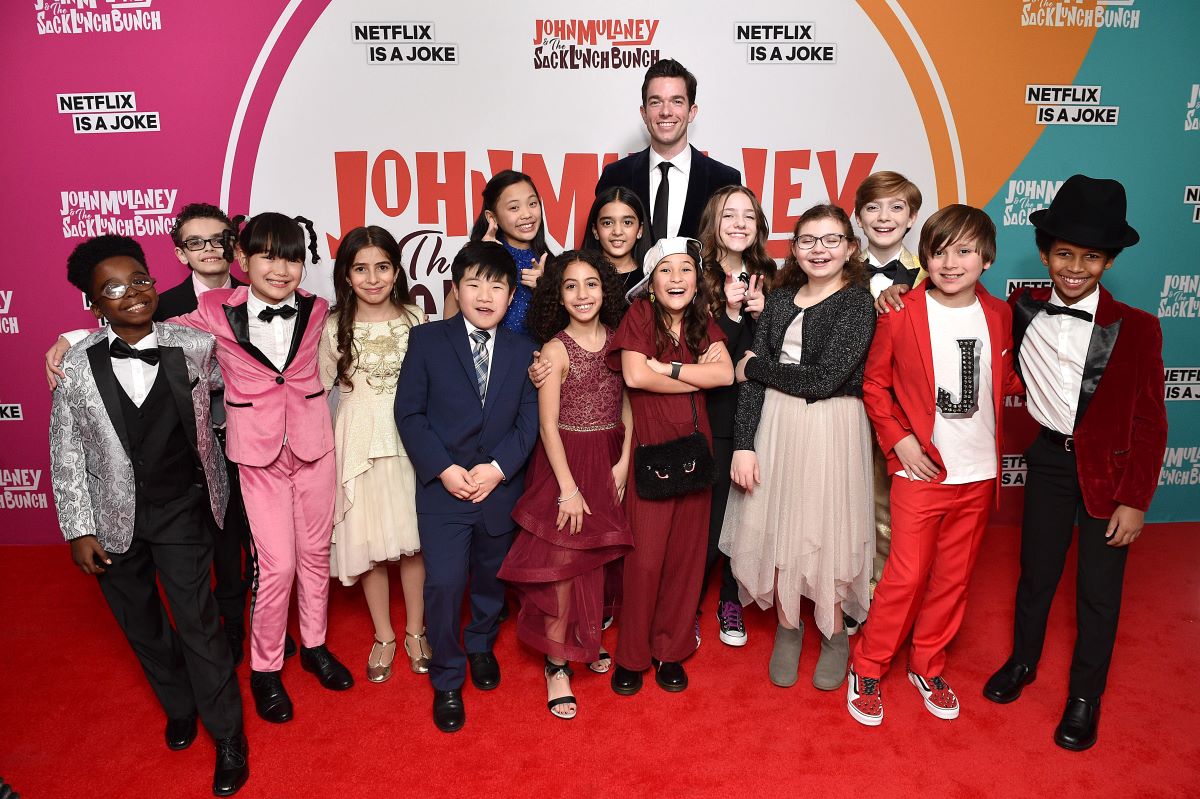 Comedians make great talk show hosts and John Mulaney once shared a couple of ideas about his own show – specifically the kinds of guests he’d like to chat with. And it sounds like he wouldn’t necessarily follow the typical formula.

What kind of people does Mulaney think about interviewing? And what do those ideas have to do with “John Mulaney & the Sack Lunch Bunch”?

Fans of Netflix’s special “John Mulaney & the Sack Lunch Bunch” know that Mulaney seems to have a lot of inquisitiveness about different perspectives on life and death at various ages. The special is a variety show that features a cast of kids — along with Mulaney and a few guest stars — and they all talk about death and fear.

He once noted that he doesn’t give off “Barney the dinosaur energy” but he does respect children for the “amount of complex thought they can handle,” and that shows in the special.

So, he likes to interact with people from different backgrounds and age groups, and that seems like a perfect quality for hosting a talk show. But what kind of show would he host?

Mulaney is great at stand-up, which seems to translate well to hosting talk shows. And he’s apparently thought about that, maybe just not in the mainstream sense.

“I always wanted to do a talk show where the guest is always someone from a job that I don’t understand,” he told GQ in 2020. As an example, he listed a few questions and comments he has for a dog catcher. He wondered, “What is that like? How do you feel about yourself? I’m not judging, but I am a little. How do you feel rounding up dogs and taking them to the pound?”

Mulaney’s sentiments are understandable because many television viewers have been hurt by commercials with sad dogs in cages. But it’s important to note that well-trained dog catchers have essential jobs for at-risk animals – something one could talk to Mulaney about on his theoretical show. But that just illuminates how the idea could lead to an interesting conversation!

To add more details, Mulaney noted he would interview “people who do anything that interests” him. To be clear, he said, “I don’t mean like on the ground and I’m watching them do their job. It would be like a talk show set and they’d come out and there’d be a band and so forth.”

But talking to people about their work or things they do that interest him wasn’t his only idea. He’d apparently like to go deeper.

John Mulaney would talk to elderly people about life

On this day in 2016, comedians @nickkroll and John @mulaney bring their alter egos, 70-something native New Yorkers Gil Faizon and …read more

Sponsored Content Covid-19 was a terrible, traumatic tragedy that impacted every aspect of our lives. Everything has been turned upside down, from more than 10,000 businesses closing in the UK to the way we teach and learn. We took a moment to look back at the last two years to find out how exactly the […]

How Long Did Ashanti and Nelly Date?

Ashanti | Theo Wargo/WireImage Nelly and Ashanti dated in the early 2000s Nelly’s debut single “Country Grammar (Hot S—)” launched him to stardom in 2000. His Country Grammar album, released the same year, cemented him as one of music’s hottest new artists. The album has sold over 10 million copies to date, making it one […]

Pitts: I’m an American. I venerate the ideals on which this country was founded

I’ve got something to say about “you people.” That, as you may recall, was how I referred, in a recent column, to Mike Pence and others who have apparently sworn an oath to preserve, protect and defend the Florida taco bowl connoisseur who used to be president. It left a handful of readers well and […]