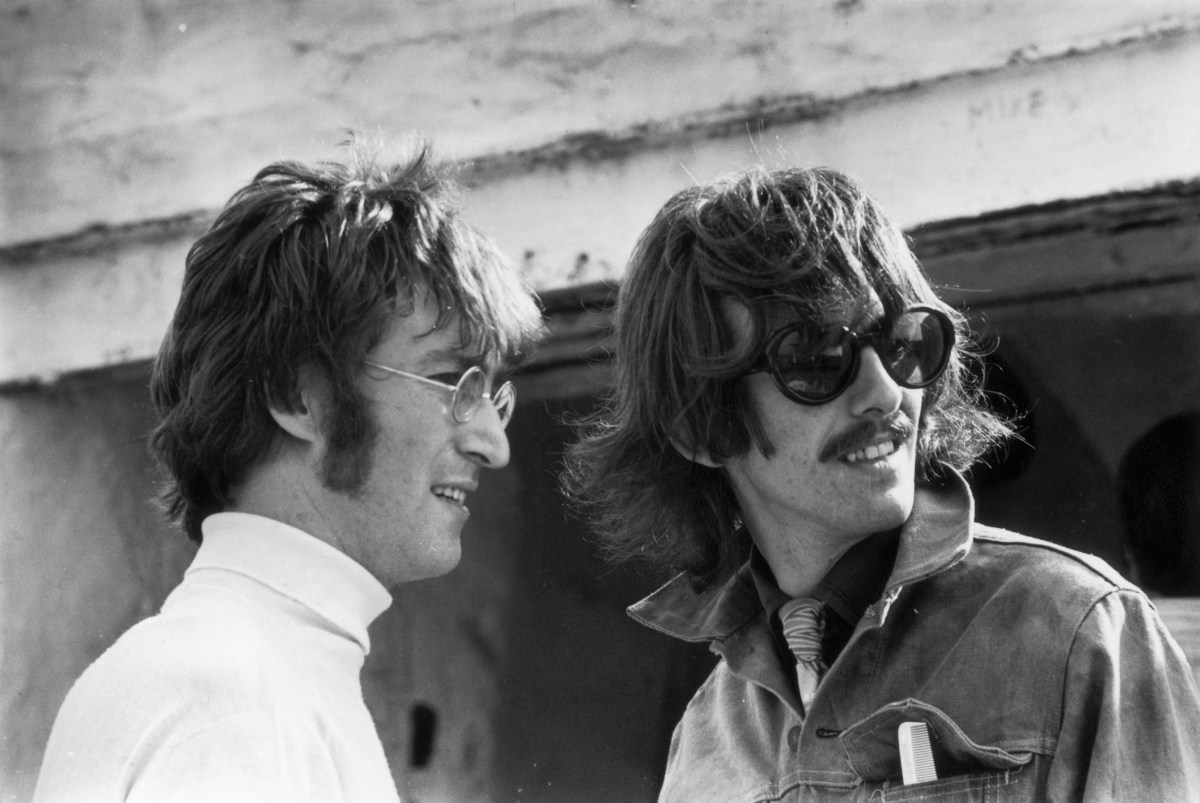 John Lennon was asked about the controversy surrounding George Harrison’s “My Sweet Lord.” John replied that the song was plagiarized from a 1960s hit. Subsequently, John discussed what he thought of George as a person.

According to Stereogum, Bright Tunes sued George because of the similarities between “My Sweet Lord” and The Chiffons’ “He’s So Fine.” Ultimately, Bright Tunes won the lawsuit.

The book All We Are Saying: The Last Major Interview with John Lennon and Yoko Ono is an interview from 1980. In it, John was asked about the “He’s So Fine” case. “Well, he walked right into it,” John said. “He knew what he was doing.”

John was asked if George consciously plagiarized “My Sweet Lord.” “He must have known, you know,” John said. “He’s smarter than that. It’s irrelevant, actually — only on a monetary level does it matter.”

RELATED: The Beatles: John Lennon and Paul McCartney Used These 2 Words in Their Song Titles and Lyrics to Connect to Fans

John discussed his own relationship to plagiarism. “In the early years, I’d often carry around someone else’s song in my head, and only when I’d put it down on tape — because I can’t write music — would I consciously change it to my own melody because I knew that otherwise somebody would sue me,” John added.

“George could have changed a few bars in that song and nobody could have ever touched him, but he just let it go and paid the price,” John continued. “Maybe he thought God would just sort of let him off.”

John said he had nothing against George. “I’d like to clarify that,” he said. “You see, I am slightly resentful of George’s book, but don’t get me wrong — I still love those guys. The Beatles are over, but John, Paul, George, and Ringo go on.” John was referring to George’s book I, Me, Mine.

Left-hander DL Hall is traveling to St. Petersburg, Florida, to join the Orioles on Friday, multiple sources with direct knowledge of the situation told The Baltimore Sun, potentially adding an electric arm to the club’s pitching staff for the season’s final stretch. It’s not yet clear when, or if, Hall will make his major league […]

From offshore wind turbines to electric vehicles to solar panels, California stands to emerge as a major winner from the passage of a historic climate and energy bill in Washington D.C., experts said Monday. The bill, dubbed the “Inflation Reduction Act,” cleared the U.S. Senate on a 51-50 vote, with Vice President Kamala Harris breaking […]

3 things heard at Chicago Bears camp, including Roquan Smith coming off the PUP list a day after his trade request

The Chicago Bears returned to practice Wednesday at Halas Hall to prepare for Saturday’s preseason game against the Kansas City Chiefs at Soldier Field. Here are three things we learned afterward from players. 1. The Bears removed linebacker Roquan Smith from the physically unable to perform list. A day after Smith requested a trade from […]