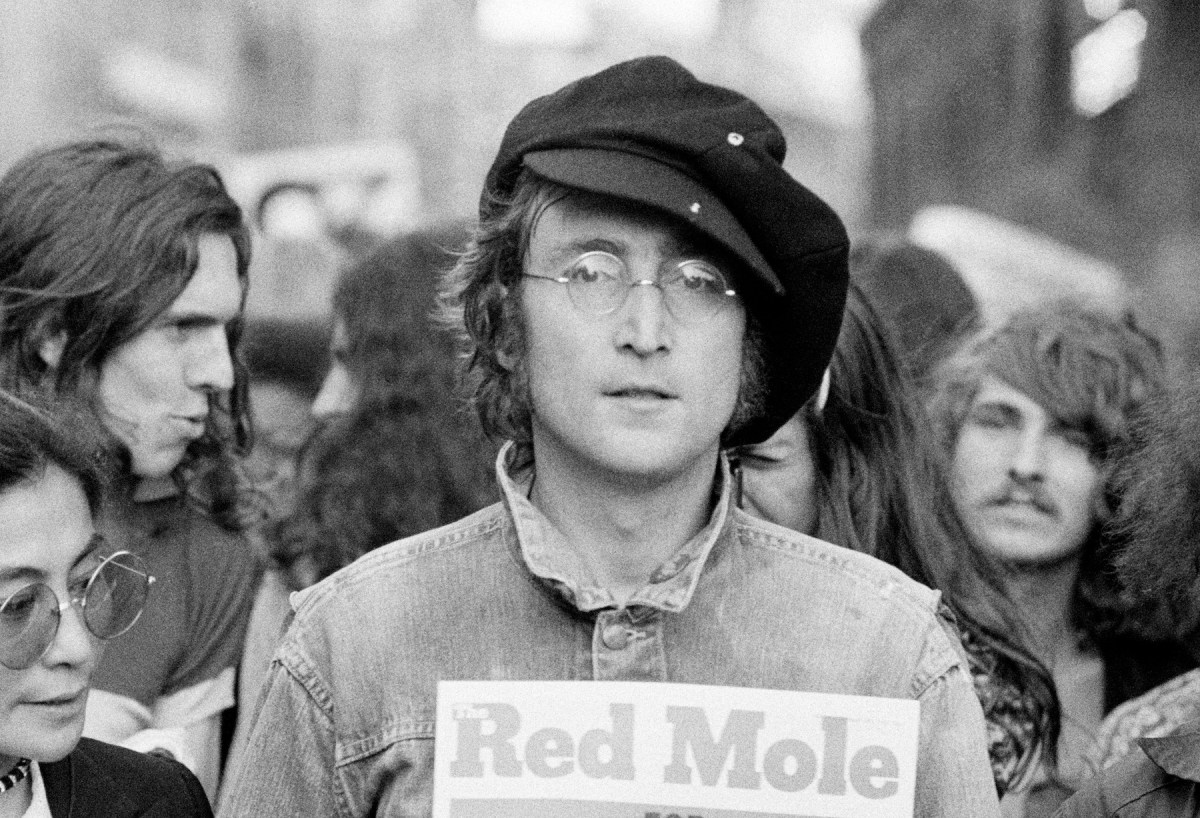 John Lennon dreamed of a better world with “Imagine” — and criticized Britain’s attitude toward immigrants in the Beatles’ “Get Back.” Still, this songwriter described himself as “slightly cynical,” even if he doesn’t want to be labeled as a cynic.

Lennon was a peace activist — even if he was “slightly cynical.” The Beatles became one of the world’s biggest bands comprised of “Fab Four” members Lennon, Paul McCartney, Ringo Starr, and George Harrison.

Lennon appeared as a Beatles songwriter, co-writing with McCartney and eventually branching out as a solo artist. In one interview, this songwriter described himself as “slightly cynical,” but he doesn’t want to be labeled exclusively as a cynic.

The Beatles’ John Lennon confirmed he’s ‘not a cynic’

During a 1966 interview with Look Magazine, Lennon elaborated on the sacrifices the Beatles made — especially in the beginning. They had to wear suits and shorten their hair to get jobs in London. As of 1966, the songwriter said his life is about the “truth as he sees it.”

“I’m not a cynic,” Lennon said (via Beatles Interviews). “They’re getting my character out of some of things I write or say. They can’t do that. I hate tags. I’m slightly cynical, but I’m not a cynic. One can be wry one day and cynical the next and ironic the next.”

“I’m a cynic about most things that are taken for granted,” he added. “I’m cynical about society, politics, newspapers, government. But I’m not cynical about life, love, goodness, death. That’s why I really don’t want to be labeled a cynic.”

Of course, Lennon found love in his relationship with Yoko Ono. The two were married in 1969 after they both separated from their previous marriages.

Through the Beatles’ music, these artists sometimes spoke about current events. “Get Back” acted as satire/a critical look at attitudes toward immigrants in Britain. “Let It Be” featured some religious themes, also mentioning the “broken-hearted people living in the world.”

“When I find myself in times of trouble, Mother Mary comes to me,” the first verse states. “Speaking words of wisdom, let it be.”

After spending time in America, these artists also commented on the civil rights movement, with McCartney saying, “the way Civil Rights gets treated over here, then there are bound to be extremist people who’ll think that we’re wrong for saying that colored people are the same as white people.”

Even outside of his work with the Beatles, Lennon advocated for peace. He created songs like “Give Peace a Chance,” “Happy Xmas (War Is Over),” and “Imagine,” which dreamed up a better, more understanding world. With Ono, the artist appeared …read more

Tom Brady announces his retirement (again), says exit from NFL is ‘for good’ this time

For the second straight offseason Tom Brady has announced his retirement. This time he says his exit from the NFL is “for good.” Brady, the seven-time Super Bowl champion, is walking away from pro football after 23 seasons including the final three with the Tampa Bay Buccaneers. The 45-year-old superstar made the announcement on social […]

Paul Simon and Bob Dylan are contemporaries who have often been compared. Simon didn’t like Dylan’s personality, but he admired his music, at least in the 1960s. By the early 1970s, though, just over a decade into Dylan’s lengthy career, Simon said he thought Dylan had stopped being great. He shared his opinion on the […]

FELTON — A series of nine atmospheric river storms slammed the California coastline in late December into January and while the skies have cleared over Santa Cruz County, neighborhoods in Felton have been without power for weeks at a time and continue to suffer road impacts for the foreseeable future. Residents of Brookside Drive and […]