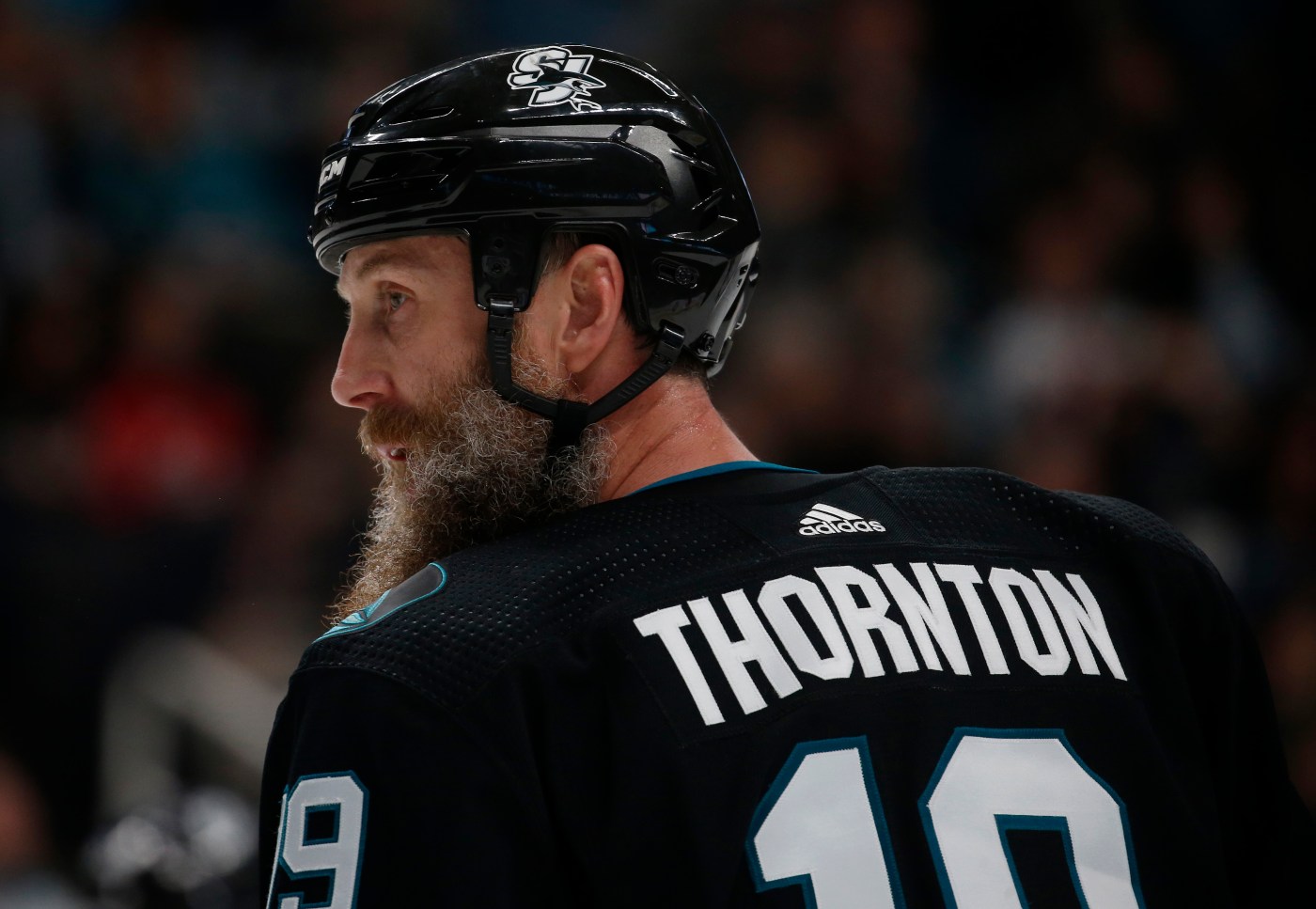 Joe Thornton will take his time before he makes a decision on where he wants to play next season.

Still in Switzerland, Thornton also may play games in the Swiss League at some point, according to Pierre LeBrun of TSN and The Athletic. Thornton has spent time practicing with HC Davos since early August, and the NHL is looking at Jan. 1 as a start date for next season.

Unrestricted free agents like Thornton were free to sign with any team as of Friday at 9 a.m. (PT). Forwards Stefan Noesen, Melker Karlsson and goalie Aaron Dell were also set to reach unrestricted free agency with no deal in place with the San Jose Sharks.

Last season, Thornton and the Sharks did not agree to terms on a new one-year contract until Sept. 6, a week before the start of training camp.

Thornton, 41, had 31 points for the Sharks last season but played all 70 games before the NHL paused its schedule. Thornton would be entering his 23rd year in the NHL. On the league’s all-time lists, Thornton ranks ninth in regular season games played (1,636), is seventh in assists (1,089) and 14th in points (1,509).

FREMONT — Mayor Lily Mei, Fremont’s first woman and first Asian American mayor, is seeking a second term, facing a field of five political newcomers who have accused the city of a lack of transparency and criticized her handling of homelessness, as well as questions from residents about her response to protests over police brutality. […]

By Kaitlan Collins and Khalil Abdallah | CNN President Donald Trump abruptly ended a solo interview with CBS News’ “60 Minutes” Tuesday and did not return for an appearance he was supposed to tape with Vice President Mike Pence, according to multiple sources familiar with what happened. After camera crews set up at the White […]