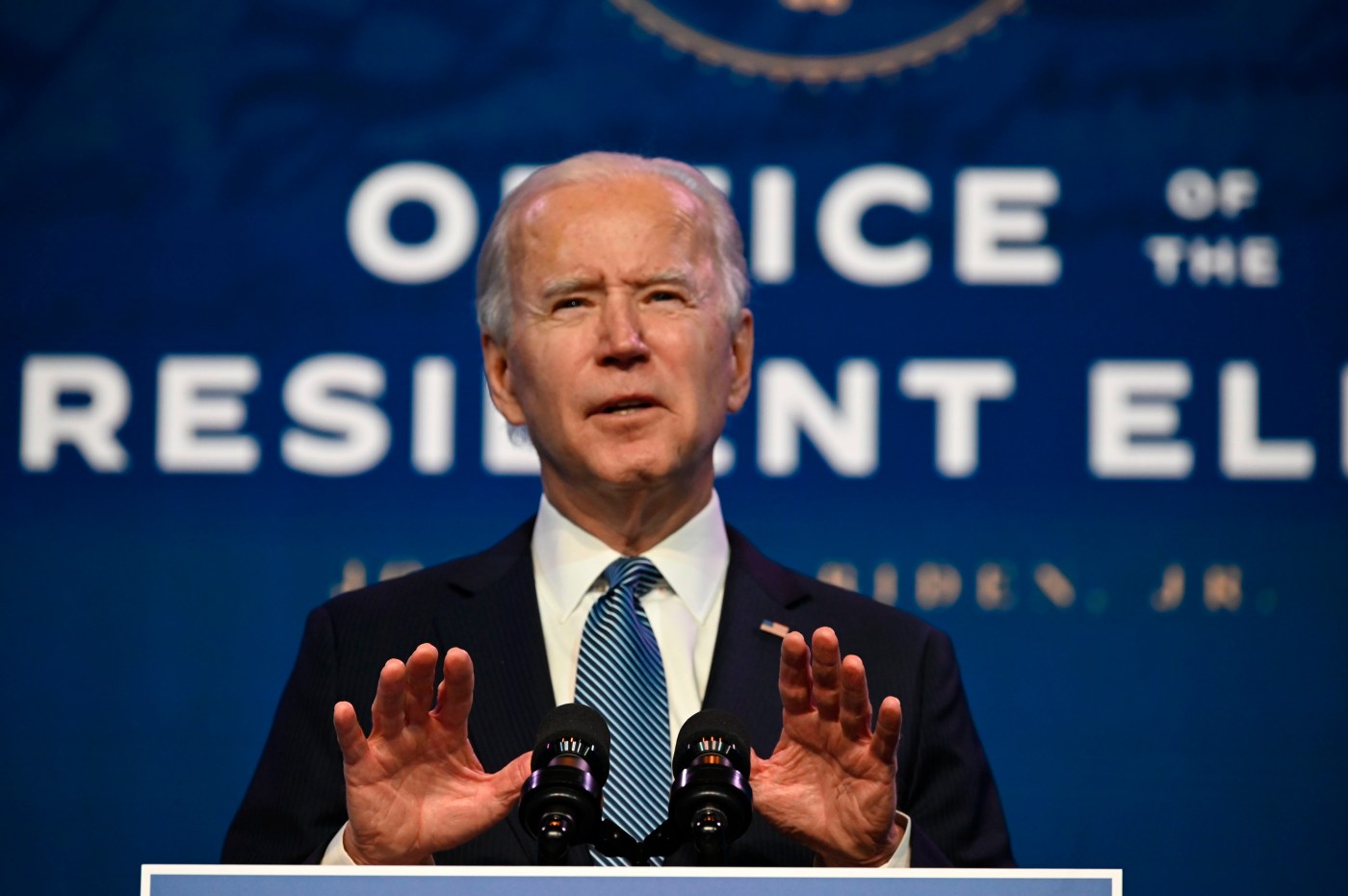 President-elect Joe Biden on Thursday will unveil a Covid-19 relief package rivaled in size only by last year’s $2 trillion Cares Act, in his first legislative test in the face of a split U.S. Senate and a deteriorating economy.

Transition officials developed a proposal with Democratic lawmakers and their staff in recent days that’s anticipated at least the $900 billion of December’s bill, with incoming Senate Majority Leader Chuck Schumer pressing for more than $1.3 trillion.

Biden last week put the “entire package” at “trillions of dollars,” and many Democrats believe it will be as much as $2 trillion, while others expect the coronavirus-only portion will fall closer to $900 billion. That means that other spending could take the package to the higher end of the various estimates. Treasury yields rose in Asia on Thursday amid speculation that will be the case.

Little more than a week after the shock storming of the Capitol, and amid a political atmosphere charged by the second impeachment of President Donald Trump, the incoming president is seeking significant bipartisan backing for his aid plan. Success on that score would distinguish him from his two immediate Democratic predecessors — no GOP senators voted for Bill Clinton’s first economic plan, and only three did so for Barack Obama’s.

Timing for Congress to debate and vote on Biden’s legislation is unclear, as the Senate may be consumed by Trump’s impeachment trial when his presidency begins.

Biden is set to introduce his plan hours after a report showing the biggest surge in weekly jobless claims since last March, with 965,000 Americans filing for state benefits. The figure far exceeds the worst days of the 2007-09 recession and may skew negotiators toward a bigger relief package. The president-elect is set to speak at 7:15 p.m. from Wilmington, Delaware.

Biden’s plans will “reflect the urgency of the economic situation that our country finds itself in and the need for action — urgent action,” Brian Deese, who will serve as Biden’s National Economic Council director, said in an interview. Biden aims to replicate the bipartisanship behind the December aid agreement, Deese said.

“We need to focus on unity, even in a moment that is challenging and difficult as this one.”

Special unemployment benefits approved last year will run out in mid-March, which looms as a deadline for speeding help to millions of Americans impoverished by the pandemic.

“The two months will pass pretty quickly if things bog down” in legislative negotiations, said Stephen Stanley, chief economist at Amherst Pierpont Securities LLC. “It’s not a hair-on-fire urgent, but it’s certainly going to be coming up pretty quickly.”

Previewing Thursday’s announcement, Biden last week said that “trillions of dollars” in spending would take advantage of historically low-interest rates to invest in both short-term economic support and long-term development. A broader bill in the spring would be focused on longer-term goals such as infrastructure and climate change, people familiar with the matter said.

Key elements of the pandemic relief plan include, according to transition and congressional officials:

An increase in direct payments to $2,000 …read more

Be amazed by 270-plus-degree views encompassing the majestic Mount Umunhum and the Santa Cruz Mountains that frame the view from this Almaden Valley home. Perched at the top of Graystone Lane on approximately 1 acre of land is a completely renovated and updated home showcasing these awe-inspiring views and an ultra-private retreat. The nine-month foundation-to-roof […]

Chuck Barney’s TV and streaming picks for Jan. 24-30 DON’T MISS: “Snowpiercer” — In Season 2 of the post-apocalyptic thrill ride, an entirely new power struggle emerges on the speeding train. It causes a dangerous rift as people are divided between their loyalty to rebel leader Layton (Daveed Diggs) and to scheming billionaire Mr. Wilford […]

“Simple Saturday” columns focus on improving basic technique and developing logical thinking. You’re declarer at today’s four hearts. When your partner doubled West’s one diamond and raised your one-heart response, promising a strong hand, you bid game. West leads the king of clubs and continues with the ace and a third club. Dummy’s queen wins. […]