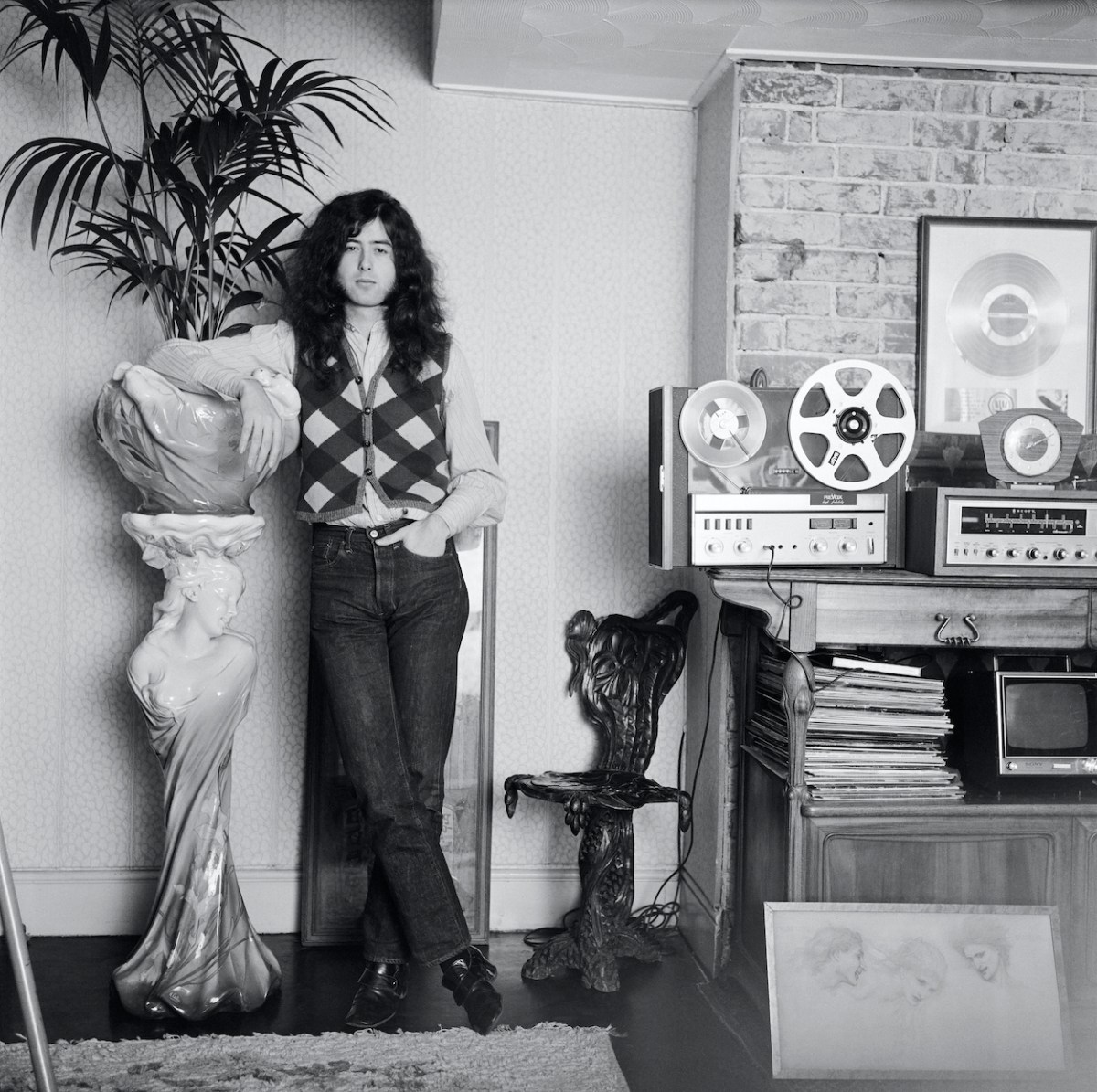 Even at the dawn of the punk era, Jimmy Page and Led Zeppelin were still one of the biggest bands on the planet. The band received the largest advance ever by Atlantic, and the band rewarded the label with a string of chart-topping albums. Tragedy struck in 1980 when drummer John Bonham died. Led Zeppelin couldn’t continue without him, but they still owed the label an album. Page’s skill as a producer and engineer helped him successfully get away with a white lie to the label as he stitched together Led Zeppelin’s final album as a quartet, Coda.

The Beatles cycled through a few drummers before adding Ringo Starr, and The Rolling Stones have added a few new members so they can keep, um, rolling, but Led Zeppelin never changed the lineup. It was always Page, singer Robert Plant, multi-instrumentalist John Paul Jones, and drummer John Bonham.

Bonham died suddenly in 1980 on the eve of a tour, and Led Zeppelin decided to split up rather than replace him with a new timekeeper. Bonham was more than just a timekeeper for Led Zeppelin. His powerful technique gave Led Zeppelin a distinctive sound, but he was so in tune with the rest of the band and such an instrumental part of songs’ development that Page said Zeppelin couldn’t possibly replace him.

When Bonham died, the band still owed Atlantic another studio album, and the studio wouldn’t take no for an answer. Page’s producing talents helped him get away with a lie when he delivered Coda to the label in 1982.

RELATED: Led Zeppelin Earned a $2 Million Paycheck for 1 Song Almost 50 Years After it Came Out

Before forming Led Zeppelin, before accepting an invitation to join the Yardbirds (after scoring an iconic guitar for turning down the job), Jimmy Page cut his teeth as a session musician andl made it worth his while.

“Being a studio musician, I took it on board as almost an apprenticeship because I wanted to learn from the recording engineers for certain techniques,” Page said during a tour of the Fender guitar factory (via YouTube). “I really wanted to learn how things were done.”

The guitarist also learned how to read and arrange music as well as produce during the end of his session days.

Those talents came in handy when Page had to put together Coda. Without a drummer, he dove into the archives to find outtakes that never made it onto Led Zeppelin’s earlier albums. Still, Page didn’t have enough studio outtakes for a full “studio” album. So he relied on his engineering and producing experience and turned a live version of “We’re Gonna Groove” into a track that sounded like a studio cut.

Three people were killed Sunday on Interstate 80 near Davis when a wrong-way driver caused a head-on crash, the California Highway Patrol said. The crash was reported at 3:10 a.m. on I-80 west of Richards Boulevard. An Infiniti sedan going eastbound in the westbound lanes ran into a Hyundai sedan. Both drivers and one passenger […]