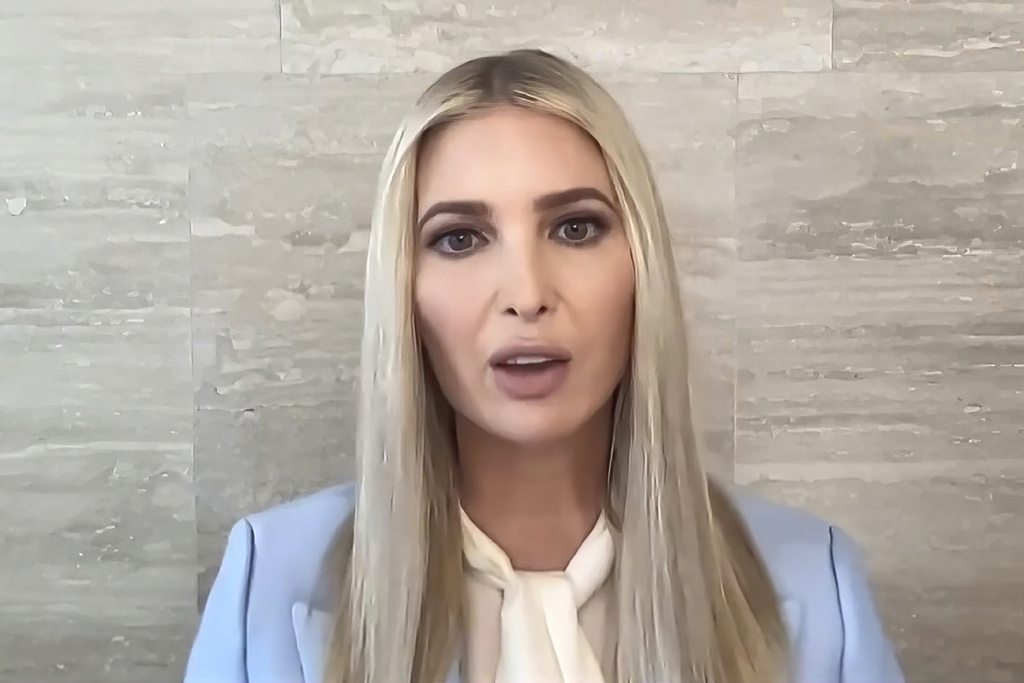 One by one, several of Donald Trump’s former top advisers have told a special House committee investigating his role in the Jan. 6 insurrection that they didn’t believe his lies about the 2020 election, and that the former president knew he lost to Joe Biden.

But instead of convincing Trump’s most stalwart supporters, testimony from former attorney general Bill Barr and Trump’s daughter Ivanka about the election and the attack on the U.S. Capitol is prompting many of them to simply reassert their views that the former president was correct in his false claim of victory.

Barr’s testimony that Trump was repeatedly told there was no election fraud? He was paid off by a voting machine company, according to one false claim that went viral this week. Ivanka Trump saying she didn’t believe Trump either? It’s all part of Trump’s grand plan to confuse his enemies and save America.

The claims again demonstrate how deeply rooted Trump’s false narrative about the election has become.

“It’s cognitive dissonance,” said Jennifer Stromer-Galley, a Syracuse University professor who has studied how Trump used social media and advertising to mobilize his base. “If you believe what Trump says, and now Bill Barr and Trump’s own daughter are saying these other things, it creates a crack, and people have to fill it.”

The lawmakers leading the hearings into the deadly attack on the U.S. Capitol said one of their goals is to show how Trump repeatedly lied to his supporters in an effort to hold onto power and subvert American democracy.

“President Trump invested millions of dollars of campaign funds purposely spreading false information, running ads he knew were false, and convincing millions of Americans that the election was corrupt and he was the true president,” said Rep. Liz Cheney, R-Wyo., the panel’s vice chair. “As you will see, this misinformation campaign provoked the violence on January 6th.”

For those who accept Trump’s baseless claims, Barr’s testimony was especially jarring. In his interview with investigators, he detailed Trump’s many absurd allegations about the election 2020, calling them “bogus” and “idiotic.”

Barr told the committee when he talked with Trump, “there was never an indication of interest in what the actual facts were.”

“He’s become detached from reality if he really believes this stuff,” Barr said.

Following his testimony, many Trump supporters using sites like Reddit, GETTR and Telegram blasted Barr as a turncoat and noted that he’s disputed Trump’s election claims before.

But many others began grasping for alternative explanations for this testimony.

“I’m still hoping Barr is playing a role,” one poster said on a Telegram channel popular with Trump supporters.

One post that spread widely this week suggested Barr was paid by Dominion Voting Systems, a company targeted by Trump and his supporters with baseless claims of vote rigging. “From 2009 to 2018, DOMINION PAID BARR $1.2 million in cash and granted him another $1.1 million in stock awards, according to SEC filings. (No wonder Barr can’t find any voter fraud!),” the post read.

After kicking off its summer season with the story of the children of Disney’s most well-known heroes and villains, Los Gatos Youth Theatre will stage a classic musical that became a beloved movie and a show based on a classic movie that became a musical. “Descendants,” which had performances June 23-24, featured about 50 7- […]

For almost two months, the world watched as Johnny Depp and Amber Heard battled it out in court in a defamation trial. One person who has become a viral sensation thanks to the trial is Depp’s lawyer Camille Vasquez. After Depp won the case, Vasquez was given a huge promotion at her law firm. Ben […]

By LISA MASCARO and MARY CLARE JALONICK WASHINGTON (AP) — Donald Trump’s extraordinary effort to overturn his 2020 election defeat came into ever-clearer focus Thursday, with testimony describing his pressuring Vice President Mike Pence in vulgar private taunts and public entreaties to stop the certification of Joe Biden’s victory in the run-up to the Jan. […]