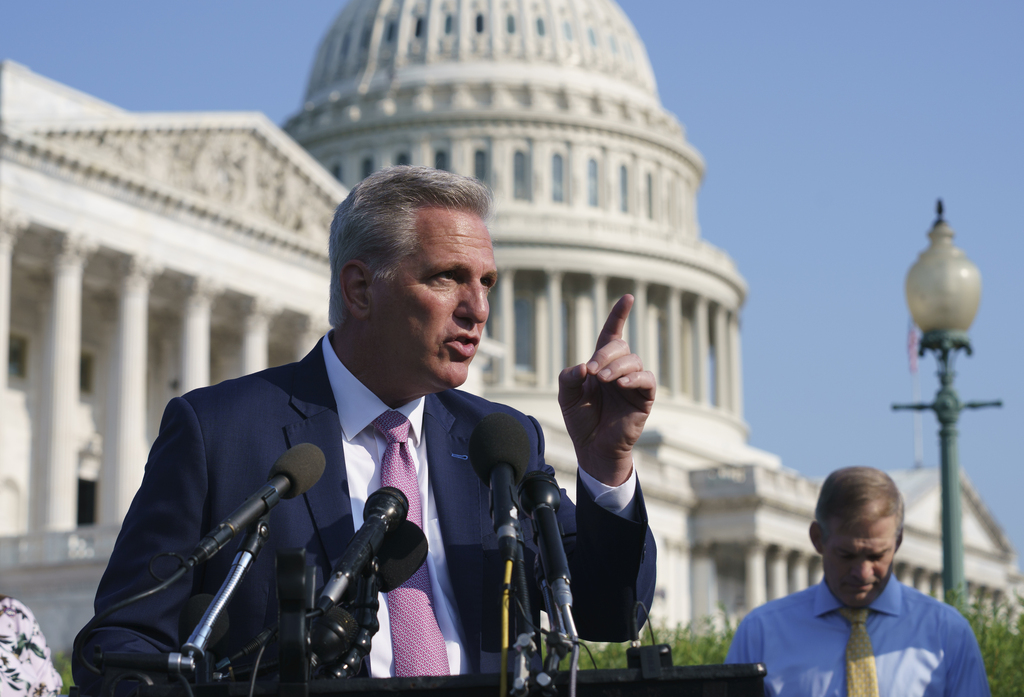 Mississippi Rep. Bennie Thompson, Democratic chairman of the panel, requested that McCarthy, R-Calif., provide information to the nine-member panel regarding the violence that took place last January and his communications with former White House Chief of Staff Mark Meadows in the days prior to the attack.

“We also must learn about how the President’s plans for January 6th came together, and all the other ways he attempted to alter the results of the election,” Thompson said in the letter. “For example, in advance of January 6th, you reportedly explained to Mark Meadows and the former President that objections to the certification of the electoral votes on January 6th ‘was doomed to fail.’”

The request seeks information about McCarthy’s conversations with Trump “before, during and after” the riot, with lawmakers seeking a window into Trump’s state of mind from an ally who has acknowledged repeated interactions with the then-president. The committee also wants to question McCarthy about communications with Trump and White House staff in the week after the violence, including a conversation with Trump that was reportedly heated.

Extensive travel schedules, lengthy concerts, and late nights make touring difficult for any musician, but especially one who has been retired for 16 years. When Christine McVie decided to rejoin Fleetwood Mac after a lengthy retirement, her bandmate Stevie Nicks wholeheartedly agreed but had one stipulation. Nicks told McVie that she needed to find a […]

Faith Hill as Margaret and Tim McGraw as James in ‘1883’ | Emerson Miller/Paramount+ 1883 follows 1883 is already resonating with Yellowstone fans. The Western drama features Tim McGraw and Faith Hill as two of the leads, and the husband-and-wife duo in the show are also married in real life. McGraw discussed what it’s like […]

‘Dancing with the Stars’: Cheryl Burke Opens up About Impact of Body Dysmorphia on Her Career

Cheryl Burke | Amy Sussman/Getty Images ‘Dancing with the Stars’ pros body-shamed by fans  In December 2021, Burke talked about being body-shamed by fans with fellow DWTS pro Witney Carson on the Pretty Messed Up podcast. Burke mentioned body dysmorphia, a mental health disorder in which an individual focuses on perceived defects or flaws regarding their body. Recently, Burke […]