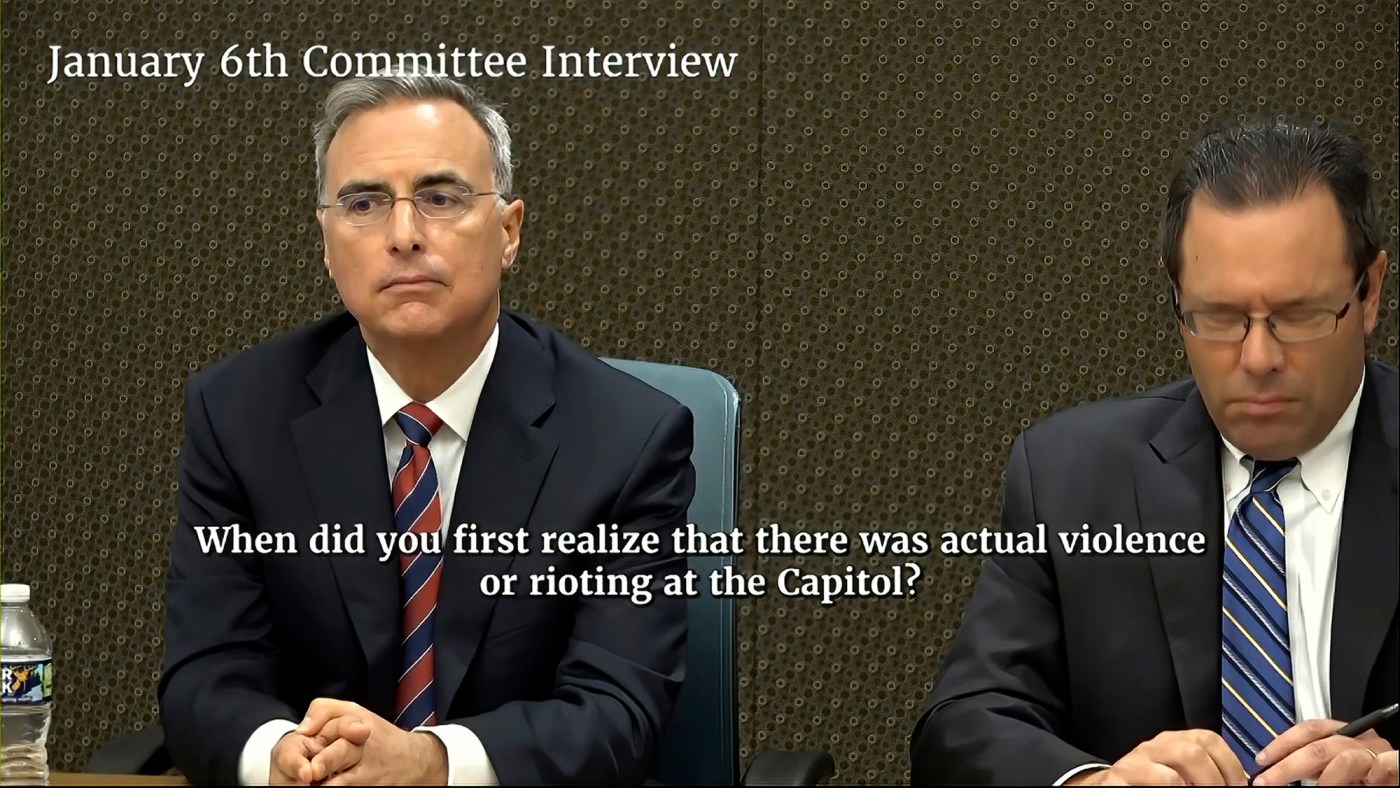 WASHINGTON — A federal grand jury investigating efforts to undo the results of the 2020 presidential election has subpoenaed the White House counsel under then-President Donald Trump and his top deputy, according to a person familiar with the matter.

The subpoenas to Pat Cipollone and Patrick Philbin suggest an intensifying Justice Department investigation into the events surrounding the deadly Jan. 6 insurrection at the U.S. Capitol, when Trump loyalists stormed the building in hopes of halting the certification of election results. They also suggest that prosecutors regard close advisers to Trump as potentially vital witnesses.

Cipollone was the top White House lawyer in the final days of the Trump administration and was part of the legal team that defended the Republican president in his first House impeachment trial in 2020. But Cipollone vigorously resisted attempts by Trump and his allies to undo the results of the presidential election Trump lost to Democrat Joe Biden, saying he did not agree that there was sufficient fraud to have affected the outcome of the race.

The grand jury subpoenas were confirmed to The Associated Press by a person familiar with the matter who insisted on anonymity to discuss an ongoing investigation. Cipollone, Philbin and a lawyer who has been representing them did not return messages seeking comment Thursday.

What happens next is unclear, though there may be negotiations over the scope of the grand jury testimony given that Cipollone and Philbin were lawyers inside the White House and were privy to numerous private conversations with the president. Executive privilege generally protects a president’s ability to obtain candid counsel from advisers without fear of immediate public disclosure, though there are limits.

Federal prosecutors have been especially focused on a scheme by Trump allies to elevate fake electors in key battleground states won by Biden as a way to subvert the vote, issuing subpoenas in recent weeks to multiple state Republican party chairmen.

The Justice Department investigation into the Jan. 6, 2021, insurrection and into the efforts to overturn the election has been proceeding alongside a separate probe by a House committee, which has held several public hearings, including in prime time.

Cipollone was interviewed privately by that panel last month and refused to discuss his conversations with Trump, citing executive privilege.

Orioles shortstop Jorge Mateo had already made magic happen once, starting behind second base in a shift, charging down a dribbler on the right side and beating Tampa Bay Rays designated hitter Brandon Lowe to first with a flip of his glove. It took a replay for the umpires to correctly rule Lowe out, preserving […]

After Johnny Depp won his defamation lawsuit against ex-wife Amber Heard, many are wondering what the future will look like for the actor. Some of his fans want him to return to the Fantastic Beasts franchise as Gellert Grindelwald. Mads Mikkelsen, who replaced Johnny Depp as Grindelwald, responds to this speculation, saying it’s possible that […]

Stevie Nicks | Erika Goldring/WireImage Stevie Nicks stars in a new ‘Female Force’ comic book about the Fleetwood Mac singer’s life Iconic singer Stevie Nicks has inspired countless works of art, and now she has a comic book based on her life story.  On July 14, TidalWave Comics announced on Stevie Nicks is already a […]