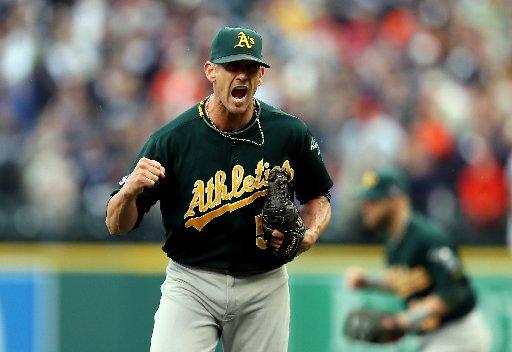 The Oakland A’s have a knack for identifying closers. Some of their best in history came from the unlikeliest places — from corners of their farm system as converted position players, converted starters on other teams, rookies fresh off their call-ups and scrap heap pitchers who needed a little polish and confidence.

Hendriks, the latest, went from being designated for assignment in 2018 to Reliever of the Year in 2020. And, like most other star players in A’s history, he’s on his way out. Oakland, true to form, already has a short list of arms they’re envisioning as their next closer to take Hendriks’ spot. Here’s how some other legendary closers left — and who followed.

Irginhausen’s rise as one of the game’s best relievers went through a stint as one of the New York Mets’ most promising starter prospects in the 90s. But Oakland embraced him as a reliever, where he emerged as one of the best in the early 2000s. After getting traded to the A’s from New York in 1999, he recorded 75 saves with 151 strikeouts in 165.2 innings. His last games with the Oakland A’s mirrored Hendriks’: He recorded two saves in the A’s eventual ALDS loss to the Yankees in 2001.

The A’s couldn’t afford to keep the rising star, a free agent after their postseason letdown. Irginhausen signed a  $27 million, four-year contract with the St. Louis Cardinals. The A’s traded for closer Billy Koch that offseason from the Toronto Blue Jays for Eric Hinske and Justin Miller. Koch recorded 44 saves in 79 appearances, but gave up the game-deciding home run to the Minnesota Twins’ A.J. Pierzynski, leading to another early-round exit. Koch was traded that offseason.

Houston Street won Rookie of the Year in 2005 with the A’s and was their closer for Oakland’s 2006 run — the last time the A’s made it to the ALCS. It was a trip that ended with Street giving up a Detroit Tigers three-run walk-off home run that sealed the series.

Street had a strong career with the A’s that yielded 94 saves and 271 strikeouts over four seasons. But injuries bogged him down in 2008 and he lost his closer job to Brad Ziegler, who tossed 23 scoreless innings to start his big league career. The A’s traded Street that offseason to the Colorado Rockies for outfielder Matt Holliday. Ziegler didn’t hold onto the closer job for long, and he was traded to the Arizona Diamondbacks in 2011.

Analysis: Now that Liam Hendriks is gone, who will close for the A’s?

A man has been arrested in connection with a fatal shooting last weekend in unincorporated Contra Costa County, authorities said Saturday. The Contra Costa Sheriff’s office arrested Tara Hills resident Kenneth Lightfoot, 30, on suspicion of murder after a San Francisco man was found shot to death inside a vehicle Sunday, according to spokesperson Jimmy […]