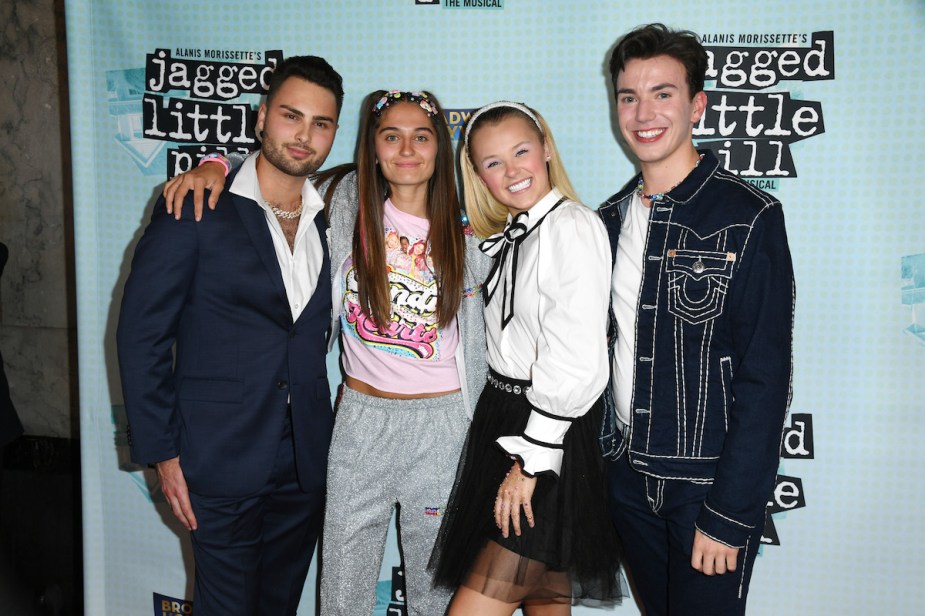 Recently, Siwa went TikTok-official with her newest fling: influencer Avery Cyrus. She shared a video on the social media platform on September 14 with the caption, “Happiest girl,” via

Dance Moms alum Jojo Siwa’s dating life has made headlines since the 19-year-old first came out as gay in January 2021. Known for her bubbly social media presence, high ponytails, and bows, the multi-hyphenate performer has been involved in several high-profile relationships in the past year.

Recently, Siwa announced a new romance with influencer Avery Cyrus. But does her last name mean she’s related to a more famous Cyrus?

Who is Jojo Siwa? Her ‘Dance Moms’ breakout, sexual orientation, and recent breakup

Jojo Siwa as Pennywise from IT dancing to a jazz remix of “Anything Goes” on Dancing With the Stars just EGOT-ed pic.twitter.com/z9FJexVksh

Siwa first rose to fame after appearing on the fourth season of Lifetime’s hit reality series, Dance Moms. She released her singles “Boomerang” and “I Can Make U Dance.” After departing the show halfway through its sixth season, Siwa signed a consumer deal with Nickelodeon, which led to her appearances in the film Blurt! and the show Lip Sync Battle Shorties with Nick Cannon.

In the following years, Siwa embarked on her first major concert tour in 2019: D.R.E.A.M. The Tour. She was scheduled to visit a mixture of theaters, outdoor amphitheaters, stadiums, and indoor arenas in 52 cities across the U.S. and Canada. Impressively, she was included on Time‘s annual list of the 100 most influential people in the world in September 2020.

Today, Siwa has over 10 million subscribers with over 2.4 billion views on YouTube, and over 11 million followers on Instagram. She regularly uploads “vlogs” of her day-to-day life to YouTube and TikTok.

A big milestone for Siwa happened in the winter of 2021 when Siwa came out as part of the LGBTQ community on social media. When asked what her label was by a fan, Siwa explained she did not label her sexuality, as she “didn’t really know this answer” at the time. However, she’s since gone on to say the label she identifies with the most is pansexual.

The internet was quick to rally behind the singer-dancer in support after she announced that she was dating her longtime friend Kylie Prew. Siwa and Prew continued dating on and off until June 2022, when they confirmed they had called it quits.

Ever since coming out as gay, Siwa has gone on to make history. She participated in season 30 of Dancing with the Stars, where she and partner Jenna Johnson marked the show’s first-ever same-sex couple. On September 9, 2022, Siwa was also awarded the Gamechanger Award from GLSEN for her anti-bullying advocacy efforts.

Recently, Siwa went TikTok-official with her newest fling: influencer Avery Cyrus. She shared a video on the social media platform on September 14 with the caption, “Happiest girl,” via Page Six.

Stanford aims to reverse FBS-worst turnover issues in visit to No. 18 Washington

Stanford had 33 first downs in its last game, its most since 2007, but it lost to USC 41-28 because of a minus-4 turnover margin, including two giveaways inside the 5-yard line. In fact, the Cardinal are last out of 131 FBS teams in turnover margin per game at -3.5, something it knows it needs […]

‘Chucky’ Season 2 Release Schedule and Everything We Know

The horror series Chucky Season 2 is coming just in time for Halloween. The killer doll made the leap from movies to television last year and it was a hit. Chucky’s got more surprises in store so Showbiz Cheat Sheet is here to help get you ready for the new season with the Chucky Season […]