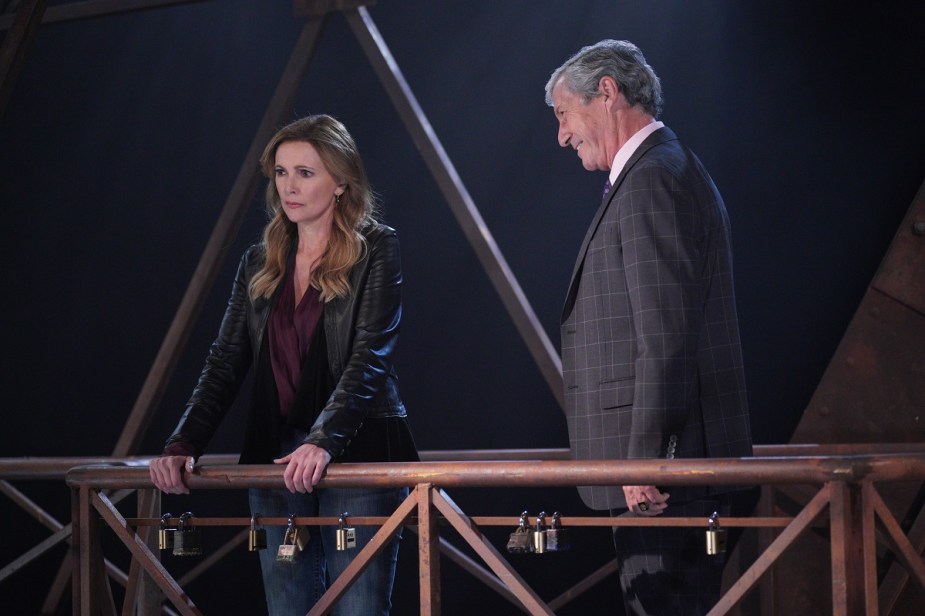 ‘General Hospital’ will be presented for Thanksgiving 2022

2022 has been a year of preemptions for the ABC soap opera.

General Hospital airs new episodes weekly; however, there are times when it’s preempted. Sometimes breaking news or the holidays cause interruptions to the program. With Thanksgiving this week, here’s a look at the soap opera’s schedule.

‘General Hospital’ will be presented for Thanksgiving 2022

2022 has been a year of preemptions for the ABC soap opera. Most interruptions were because of breaking news; however, the show also took breaks for the holidays. They’re about to have more preemptions with the holiday season.

According to Soaps.com, General Hospital will be preempted during Thanksgiving. On Nov. 24, the show will air a repeat 2021 episode with Drew Cain (Cameron Mathison) arriving on Sam McCall’s (Kelly Monaco). Then on Nov. 25, the network will show an NFL game in the soap opera’s site slot.

What to expect in Porth Charles this week

General Hospital will have a short week because of the preemption, but there will be drama in Port Charles. Everyone’s favorite blonde, Carly Spencer (Laura Wright), probably wishes she was back in Jacksonville. Carly’s return to Port Charles has been filled with one secret after another.

WATCH: Laura is more skeptical of Holly than ever. #GH pic.twitter.com/SBHBichf3c

Meanwhile, Holly Sutton (Emma Samms) continues to give Robert Scorpio (Tristan Rogers) the runaround as he questions her return. Little does Robert know that his lady love is secretly working for Victori Cassadine (Charles Shaughnessy). Speaking of Victor, his and Holly’s partnership isn’t over as he issues a new order.

New episodes of ‘General Hospital’ will air on Nov. 28

General Hospital being preempted is a minor convenience for fans. But they can expect new episodes on Monday, Nov. 28. There will be lots of drama as the holidays continue in Port Charles.

The week starts with the Quartermaines gathering for Thanksgiving. Holiday celebrations usually are chaotic for the dysfunctional family. There’s no telling what shenigans await them during Thanksgiving.

Meanwhile, Willow and Nina have another confrontation. Willow’s still upset over Nina accusing her of cheating on Michael Corinthos (Chad Duell). Although Nina apologized, Willow isn’t forgiving. Later in the week, Willow needs medical assistance as time is running out to find a bone marrow donor.

Brook Lynn is determined to help make Chase a success… for his sake and hers. Where will they start?
Tune …read more

‘The Voice’ Season 22 Top 8 artists Omar Jose Cardona, Bodie, Bryce Leatherwood, Justin Aaron, Parijita Bastola, Kim Cruise, Brayden Lape, and Morgan Myles | Trae Patton/NBC Who is still on ‘The Voice’ 2022? As a reminder, this week’s results show narrowed down the artists from 10 to eight. These were the team standings heading […]

Heat at a (lopsided) loss in Cleveland with Bam Adebayo back but Butler, Herro still out

This is why the Miami Heat needed that one that got away on Wednesday night in Toronto, when Jimmy Butler still was ambulatory. It is why holding their lead would have been crucial in Friday night’s overtime loss in Washington, when there instead was a one-point loss. Because this was always going to be a […]

It’s that time of year again when families all over the U.S. gather for Thanksgiving and that includes many NFL players. While some teams play on the holiday, the Kansas City Chiefs do not so Patrick Mahomes will enjoy Thanksgiving dinner with his family this year. During a recent radio interview, the quarterback revealed what […]