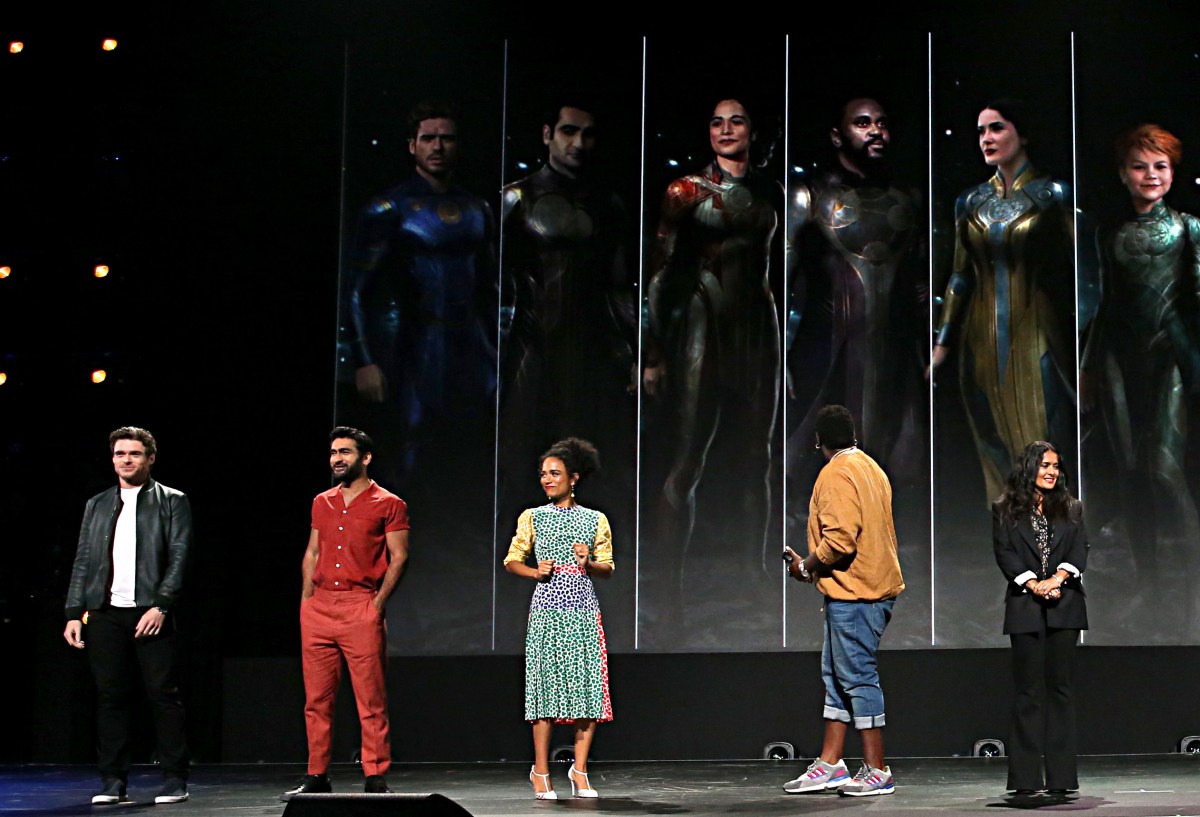 Eternals introduced a lot of new ideas and characters into the Marvel Cinematic Universe. While it wasn’t beloved by critics, the events of Eternals could have massive implications in the universe going forward. Comedian Patton Oswalt, who voices Pip the troll, may have confirmed an Eternals sequel, whether Kevin Feige wanted him to or not.

Eternals brought several new heroes to the MCU, who all share a larger connection to the universe. The Eternals are a group of immortal beings made by the celestials to guard Earth from a species known as the Deviants. The movie shows how the Eternals impacted humanity throughout thousands of years up until the present day.

Eternals opened to mixed reactions from audiences and critics, sitting at a 47% critic score on Rotten Tomatoes. It also wasn’t a smash hit at the box office, grossing over $402 million on a $200 million budget, according to Box Office Mojo. While it’s not considered to be the worst MCU movie, many fans are divided on Eternals.

Patton Oswalt made his MCU debut alongside Harry Stlyes in a post-credits scene. Oswalt appears as Pip the troll who introduces Styles’ Starfox, or Eros, the brother of Thanos. Many fans were shocked to see Styles appear and are wondering when he will return. In an interview with the TODAY show to promote his movie, I Love My Dad, Oswalt confirms that an Eternals sequel is coming with Zhao returning to direct.

“Harry Styles and I are in a little post-credit sequence in the Eternals. I play Pip the troll. He play Starfox,” Oswalt said. “They have announced there’s gonna be an Eternals sequel. Chloe Zhao is going to direct it. So, hopefully, there will be more adventures of Starfox and Pip.”

While Eternals fans should be excited by his announcement, it should be taken with a slight grain of salt because Marvel Studios hasn’t officially announced anything yet. However, Styles did sign a five-movie deal with Marvel that is allegedly worth $100 million, meaning he will most likely be coming back soon.

Marvel Studios has not officially announced a sequel yet

Marvel recently held a panel at San Diego Comic-Con where they announced the phase 5 slate along with some of phase 6. This included official release dates for movies such as Fantastic Four, The Marvels, Secret Invasion, and Blade, along with new projects such as Daredevil: Born Again, Captain America: New World Order, and Avengers: Secret Wars. However, an Eternals …read more

In 1991, George Harrison gave a 12-concert tour for Japanese audiences with his long-time friend Eric Clapton. George had trepidation about touring again after so many years, especially since his disastrous 1974 solo tour of America. However, the tour turned out to be enjoyable for him and Clapton. One of the best things about the […]

Is COVID losing its fangs and becoming more like the flu?

Today’s hyper-transmissible strain of the COVID-19 virus has sent cases soaring across the country. But rising deaths — the grim marker of earlier dangerous surges — haven’t kept pace, and the average risk of dying from an infection is dropping to levels almost as low as seasonal influenza, leading epidemiologists say. Is the COVID virus — that […]