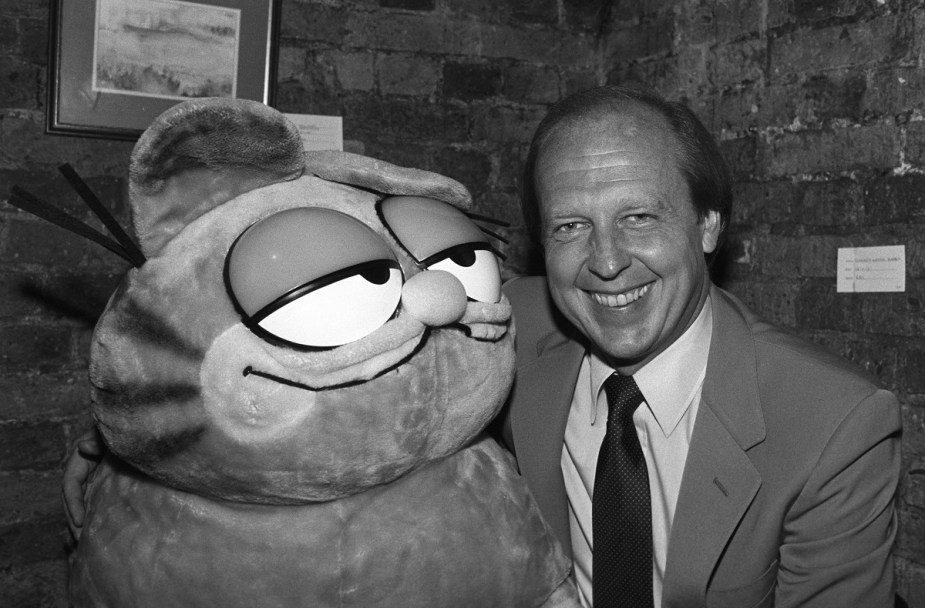 A Garfield Christmas is a classic holiday TV special. The 1980s holiday cartoon featured the famous comic strip cat dealing with the chaos of Christmas. Read on to find out how to watch the beloved show.

How to watch ‘A Garfield Christma’ this holiday season

In 1987, America’s favorite orange cat debuted in his won holiday special. A Garfield Christmas premiered on the CBS network on Dec. 21, 1987. The show became popular and was a main staple of the network’s annual holiday lineup. According to Fandom.com, after 13 years, the holiday special aired for the last time on CBS in Dec. 2000.

While it’s no longer shown on cable, there are other ways for fans to watch the beloved classic. The special is available on streaming platforms Peacock, Amazon Prime, and YouTube. Aside from streaming services, it’s also available on DVD.

doesn’t get better than this pic.twitter.com/Yr1pxeyxEe

RELATED: ‘How the Grinch Stole Christmas’: How to Watch the Animated Classic in 2022

The premise of ‘A Garfield Christmas’

A Garfield Christmas follows the adventures of Garfield (Lorenzo Music), Odie (Gregg Berger), and Jon Arbuckle (Thom Huge) as they set out for a holiday vacation. The trio head to the Arbuckle farm to spend Christmas with Jon’s family. While Jon helps his parents (Pat Harrington and Julie Payne) and his brother Doc Boy (David Lander) spread holiday cheer, Garfield bonds with Grandma Arbuckle (Pat Carroll).

On Christmas morning, Garfield gives Grandma Arbuckle the letters as a gift. Grandma Arbuckle is overwhelmed by the fit and thanks her feline friend. Garfield then gets a special gift when Odie gives him a homemade backscratcher. The gesture is enough to warm Garfield’s heart as he learns an important lesson about love.

How to watch similar holiday specials

The 2022 holiday season will be filled with many classics like Rudolph the Red-Nosed Reindeer and Frosty the Snowman. But for those looking for different and nostalgic specials like A Garfield Christmas, many options are available. A Family Circus is available to stream on Amazon Prime.

Unwrap that lasagna from under the tree before it gets cold! Merry Christmas! pic.twitter.com/kPciNNwRHt

RELATED: Which Holiday TV Movie Is Older: ‘Rudolph the Red-Nosed Reindeer or ‘Frosty the Snowman’?

Whether you’re in the mood for Garfield, Yogi, or another beloved classic, these …read more

By Lilit Marcus | CNN It seems like every month when household bills come due, we grumble about how the cost of living has gone up again. But it’s not just anecdotal. According to this year’s Worldwide Cost of Living Index, released by the Economist Intelligence Unit (EIU), the average cost of living is up […]

This Thanksgiving travel season is shaping up to be one for the record books, with tens of millions of Americans packing highways, flooding airports, and eventually, filling their plates with turkey. Even for Californians – who are dealing with eight months of gas prices topping $5 – the pocket-book-draining effects of inflation are having little […]