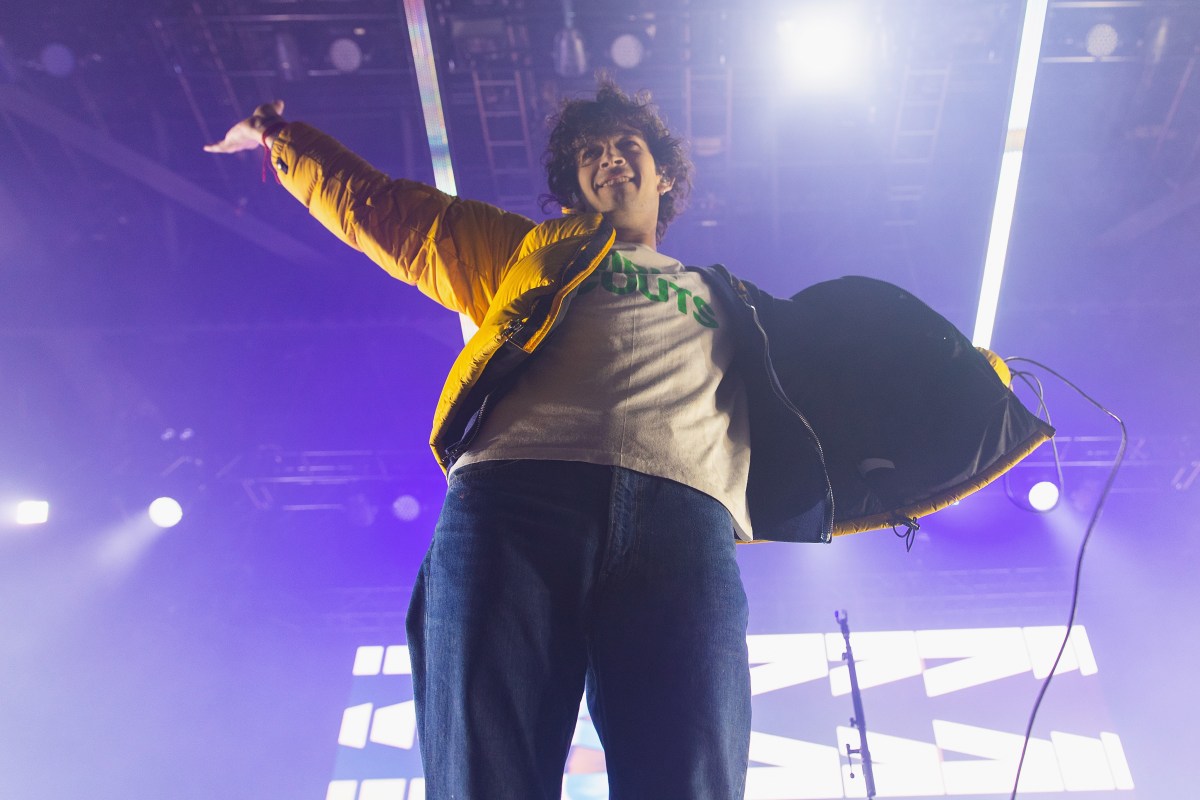 Matty Healy is back on social media, frequently posting memes on his Instagram story. Almost as exciting as that: The 1975 is releasing new music from Being Funny in a Foreign Language, also announcing their 2022 North American tour. Here’s how to get tickets for “The 1975 – At Their Very Best.”

Singer Matty Healy of The 1975 performs on stage during Deck The Hall Ball hosted by 107.7 The End | Mat Hayward/Getty Images

On Aug. 3, The 1975 released the second single from their upcoming album Being Funny in a Foreign Language. That’s “Happiness,” complete with a saxophone solo and lyrics about being happy.

In a new interview with Apple Music, frontman Healy said, “it came through, like, jamming. And we haven’t done that in years. So we just wanted this record to be like a captured moment and not be too constructed and even produced that much… it’s us having fun.”

The 1975 are scheduled to perform Aug. 20 and 21 at Japan’s Summer Sonic festivals in Tokyo and Osaka. The band also announced “The 1975 – At Their Very Best” North American tour, with tickets on sale during August 2022.

For the first time in a long time, The 1975 will host concerts in North America, making stops at Los Angeles’ Kia Forum, Las Vegas’ The Theater at Virgin Hotels, and New York City’s Madison Square Garden. The band kicks off their tour on Nov. 3, with tickets going on sale beginning in August 2022.

The artist presale is Aug. 8, while the Spotify listeners’ presale begins Aug. 10. The public on-sale date for The 1975’s upcoming tour is 12 pm on Aug. 12, with seats available for purchase on Ticketmaster.com. Those who signed up for the 1975’s mailing list received additional information sent to their email accounts.

“Ticket pre-sale starts on Monday, Aug. 8 at 10 am local time,” the email reads. “All those signed up to The 1975 mailing list will receive a code for first access to purchase tickets. Tickets will go on general sale on Friday, Aug. 12.”

This group gave their first glimpse into their upcoming album with “Part of the Band.” A few weeks later, The 1975 debuted “Happiness” and the “Happiness (Dance Floor Edit)” version. Now, fans anticipate the release of Being Funny in a Foreign Language, scheduled to premiere in October 2022.

The 1975’s Being Funny in a Foreign Language premieres on Oct. 14, 2022, on most major music platforms. Until then, fans can stream Notes on a Conditional Form, A …read more

‘Romance in Style’: Cast, Premiere Date, and How to Watch the New Hallmark Movie

Jane Austen adaptations haven’t become quite as ubiquitous on Bay Area stages as the plays of William Shakespeare, but they’re often a delightful addition to the mix in summer outdoor theater. And there are many different adaptations by many different playwrights to choose from. The “Sense and Sensibility” that Silicon Valley Shakespeare is performing right […]

‘RHONJ’: Inside Teresa Giudice and Joe and Melissa Gorga’s Feud Amid Giudice’s Wedding

Filming for Season 13 of The Real Housewives of New Jersey has already wrapped, but the major drama is just getting started. The on-again-off-again feud between sister-in-laws Teresa Giudice and Melissa Gorga was reportedly rekindled just days before Giudice’s wedding. Things became so bad that Gorga and her husband Joe skipped the wedding altogether. Now, […]