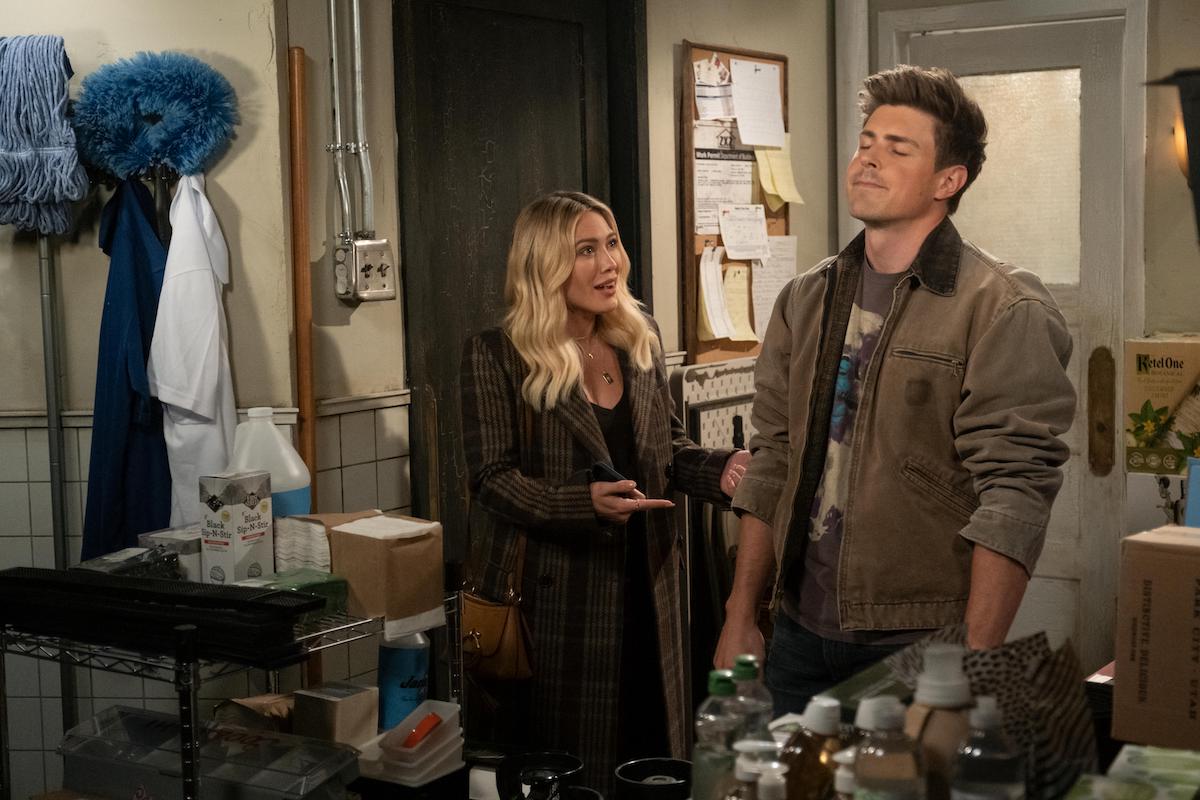 Hilary Duff is back in new episodes of Hulu‘s How I Met Your Father Season 2 starting Jan. 24. As thrilled as Duff is to be part of the How I Met Your Mother spinoff, her first day on set was not a good one. Find out why Duff “got in the car and cried” on the first day of filming for the Hulu series HIMYF.

Hilary Duff returns in season 2 of ‘How I Met Your Father’ on Jan. 24

In the second season, Sophie (Duff) is still telling her son the story of how she met his father: a story that catapults us back to the present, where Sophie and her close-knit group of friends are figuring out who they are, what they want out of life, and how to fall in love in the age of dating apps and limitless options.

In January 2022, Duff spoke with the New York Times about the early days of How I Met Your Father. On her first day on the set of the Hulu series, Duff tested positive for coronavirus (COVID-19).

Not HILARY DUFF TESTING POSITIVE FOR COVID MERE HOURS AFTER DAY 1 OF FILMING HIMYF. NO GOD NO! pic.twitter.com/8YsJzXImKW

‘How I Met Your Father’ Season 1 Recap: 7 Things to Remember Before Season 2

“I had not gotten Covid all through the Younger shoot,” she told the outlet. “I was vaxxed up.” Duff continued:

“We had our first day of rehearsal. I’d never done multicam before, and I had no idea what to do. I was only four months out of having a baby. I got in the car and cried to my husband: ‘I don’t know if I can do this job. I don’t know what’s wrong with me. This isn’t who I am.’”

At the time, Duff didn’t know she had COVID-19. “That night, I got the results back at like four in the morning,” she said. “It was awful. And I shut us down one more time because my son got Covid.” After following the necessary safety protocols, everyone was able to safely return to work and film the first season of the Hulu series successfully.

HIMYF is told from an older Sophie’s (Cattrall) perspective and set in 2022. Despite taking place two years after the coronavirus pandemic touched down in New York City, How I …read more

After The Beatles broke up, each member tried to separate themselves from the record-breaking band. Paul McCartney formed Wings shortly after leaving The Beatles, but he knew the group needed a fresh identity. While many fans came to concerts expecting McCartney to perform a few Beatles tracks, Macca refused to do so for the first […]

Though they both had reputations for their prickliness, Bob Dylan and David Crosby got along. Crosby got to know Dylan when The Byrds covered “Mr. Tambourine Man” in the 1960s, and they maintained a friendly relationship. While Crosby liked and admired Dylan, he admitted that he was challenging to get to know. He believed that […]

L-R: Angela Basolis as Ange Bocuzzi and Robbie Banfitch as Robbie Zagorac | Cinedigm Related Within less than a month into 2023, the horror genre is already thriving with studio hit M3GAN and viral indie phenomenon Skinamarink. Writer/director Robbie Banfitch’s The Outwaters is the best of the bunch, carving out its own slice of dread […]