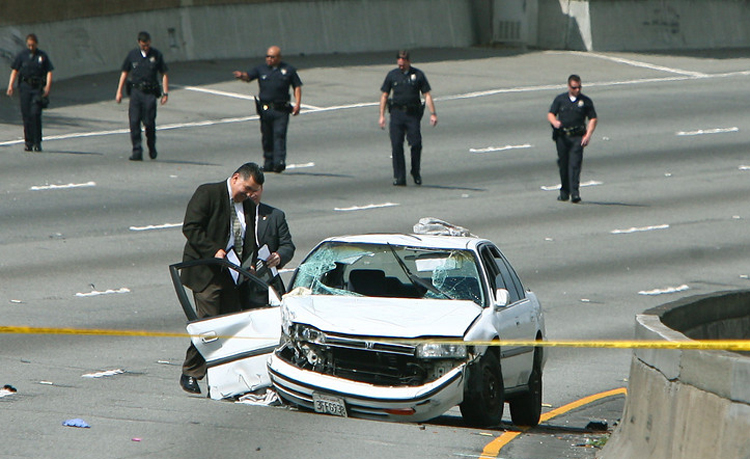 Q: How do we protect against the lunatic killers shooting at cars driving on our freeways? Must we drive an armored vehicle? It’s getting worrisome traveling on Bay Area freeways.

A: That it is. While individual chances of being shot are still low, it is happening with increasing frequency. There have been three fatal shootings on Bay Area freeways in less than two months, and at least five others earlier in 2021.

Last week David Nguyen was driving on westbound Interstate 580 near the Oakland Toll Plaza when some idiot fired a gun into his car, killing him. This shooting was in the same area near the Bay Bridge where Amani Morris of Antioch was shot in a car in November, killing her in front of her children and fiancé.

Two weeks before that, a toddler was killed in his car seat when the family’s car was caught in apparent crossfire between two other vehicles in Oakland.

And it’s not just here. More than 70 cars were struck by projectiles in a yearlong slingshot spree on highways near Prunedale. In Southern California, a 6-year-old boy on his way to kindergarten on Highway 55 in Orange was killed in May when, in an apparent road rage incident, someone fired a bullet at the car he was riding in.

This frightening wave has led to efforts to ban ghost guns, increased CHP enforcement, and in some areas, also led to more security cameras and license plate readers.

What else can we do? Install dash cams front and back to try to help catch these criminals, and share video with law enforcement if it may help in an investigation. If you hear of an incident, call police. And avoid potential road rage incidents.

Q: I was surprised by your response where you called signals on El Camino Real “wacky” because they showed a brief walk signal before the light changed to green.

We have these “wacky” signals all over downtown San Jose, especially near San Jose State and Naglee Park. I understand why they do that, to give pedestrians a little more time to get started before cars start moving,

Are they supposed to be that way, or are they all wacky?

A: I turned to Glenn, a Roadshow consultant, who says these signals are not wacky.

“This is done deliberately to allow pedestrians to enter the intersection before right-turning vehicles get started. There is one such signal on Santa Clara Street at Notre Dame Avenue in San Jose. Notre Dame leads to the Highway 87 on-ramp.”

How did $300 disappear from our Clipper cards? Roadshow

Why is I-80 in such bad condition once you hit California? Roadshow

Sponsored Content As cold weather sets in, it can be more challenging to get outside and get moving! Staying active during the colder months is critical for your overall health and wellness, so don’t let the cool temperatures interfere with your wellness goals. One of the best ways to stay fit while having fun is […]

Associated Press LOS ANGELES — Betty White died from a stroke she had six days before her Dec. 31 death at age 99, according to her death certificate. The beloved “Golden Girls” and “Mary Tyler Moore Show” actor died at her home in the Brentwood section of Los Angeles as the result of a Dec. […]