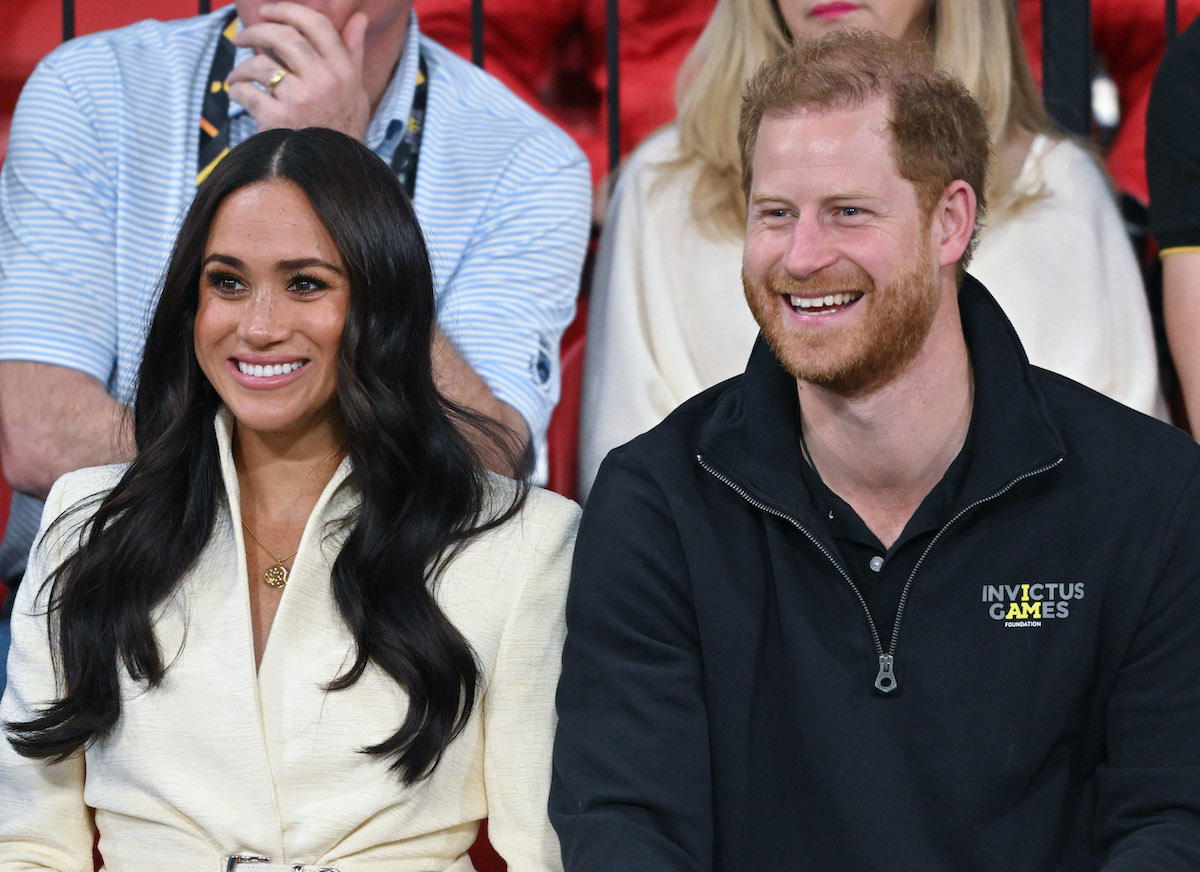 Turkey Day has arrived, and royal fans may be wondering how Prince Harry and Meghan Markle are choosing to celebrate. While Meghan was born and raised in The U.S., Prince Harry hails from a continent where Thanksgiving is not celebrated at all. However, now that the royal couple has permanently relocated to Southern California, they seem to have developed a few traditions for the holiday.

Prince Harry, Meghan, and their two kids, Archie Harrison Mountbatten-Windsor and Lilibet Diana Mountbatten-Windsor, live in a sprawling mansion in Montecito, California. The Archetypes podcast host had been open about just how much peace the multi-million dollar home provides her and her family. In fact, Meghan was thrilled to spend Thanksgiving 2020 and Thanksgiving 2021 at home.

While on The Ellen Show in 2021, Meghan revealed that she planned to have a quiet Thanksgiving with Prince Harry and her kids. “I love to cook,” Meghan revealed. “We’ll be home and just sort of relax and settle in. It’s our second Thanksgiving at home in California, so it will be nice.”

RELATED: Meghan Markle Says Her Home Life ‘Will Only Get More Chaotic’ as Her Kids Get Older

It seems Meghan is more than equipped to whip up a solid Thanksgiving meal for her family. Back in 2016, the Suits alum revealed via her since-deleted Instagram that she managed to make the perfect Turkey for the holiday. “Oh, that time I roasted a pretty perfect Thanksgiving turkey!” the Duchess of Sussex penned. “The question is, can I do it again? The pressure is on! Let the brining begin.”

The Duchess of Sussex has a Thanksgiving tradition that involves charity

But Meghan’s Thanksgiving traditions don’t just center around Prince Harry and her immediate family. Charity also seems to be a big part of how she has celebrated the holiday in the past. In her since-deleted blog, The Tig, the former actor explained that service was a huge part of her upbringing. She also shared she was raised to help out those in need, especially around the holidays.

“Despite the contrast of my two worlds growing up, there was a powerful commonality: both my parents came from little, so they made a choice to give a lot – buying turkeys for homeless shelters at Thanksgiving, delivering meals to patients in hospice care, donating any spare change in their pocket to those asking for it, and performing quiet acts of grace – be it a hug, a smile, or a pat on the back to show ones in need that they would be alright,” Meghan penned.

It seems that despite their royal status, Prince Harry and Meghan have had fairly normal Thanksgivings thus far. This is especially …read more

Orlando Magic starting big man Wendell Carter Jr. didn’t play in Monday’s road game vs. the Pacers at Gainbridge Fieldhouse. He didn’t participate in the team’s morning shoot around and was a gametime decision before being ruled out 2½ hours ahead of tipoff because of a strained right plantar fascia (soft tissue under the foot) […]

Selena Gomez’s Loved Ones Recall the Singer’s Psychotic Break in 2018: ‘It’s a Miracle She Got Out’

Selena Gomez (R) and a friend leave a workout in 2018 | PG/Bauer-Griffin/GC Images Selena Gomez has always been very open about her mental health struggles, as well as her battle with lupus. In a new documentary, My Mind & Me, Gomez and her loved ones recall her scary psychotic break in 2018.  The events […]

What Tartan Does the Royal Family Wear? It’s Complicated…