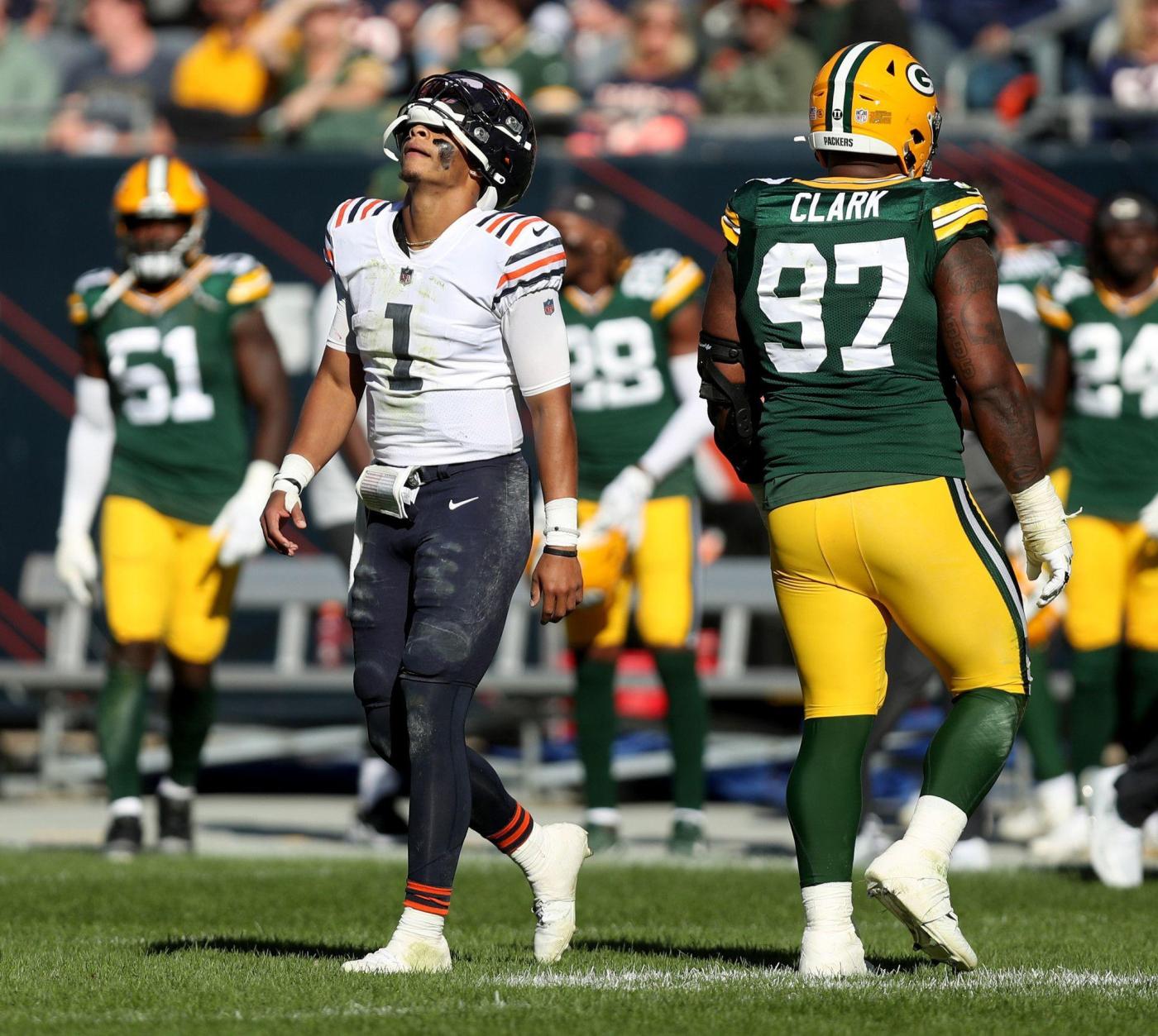 The Chicago Bears on Sunday will play at MetLife Stadium for the second time this season, facing the New York Jets in East Rutherford, N.J. They lost to the Giants 20-12 in Week 4. The big question this week is the availability of quarterback Justin Fields — who suffered a separated left shoulder and torn ligament in Week 11 against the Atlanta Falcons.

As the game approaches, our team of writers digs in to four key topics surrounding the 3-8 Bears.

The offense has been highly productive running the ball and — more importantly — scoring. The Bears averaged 29.5 points over the last five games, and while that has led to only one victory, who thought they would be putting up points like this? The Bears scored 30 offensive touchdowns last season and have 27 this year with six games remaining.

Obviously the organization doesn’t want to expose Fields and his non-throwing shoulder to more injury, but the “shut Fields down” crowd has been overly dramatic. Fields and the offense need to get a lot better, and that has happened over the last five games. In the first six games, Fields completed 54.8% of his passes and threw four touchdowns with five interceptions. In the last five, he completed 64.6% with nine touchdowns and only three picks. Not only did he set records as a running quarterback, he made some advancements throwing the ball. Fields and the offense need to continue to show growth, especially in the passing game, and that isn’t going to happen if he’s on the sideline.

The fear with Fields running as much as he has over the last six weeks — when he had 80 carries for 640 yards and six touchdowns — is that one of the hits would knock him out. I can’t be the only one cringing five times a game watching it. It might be a risk worth taking, but it’s a risk nonetheless. Now he and the Bears are trying to decide if he’ll play through what he said was a separated non-throwing shoulder with a partially torn ligament.

We know how tough Fields is, that he certainly could play through it. Is it a good idea? Especially against a good New York Jets defense that has 32 sacks in 10 games? That I don’t know. Maybe the injury isn’t going to get worse when he takes more hits, and maybe he feels he can operate at the same level with the pain. But it’s fair to question why a 3-8 team wouldn’t give him at least a week or two to regroup after such an injury. Otherwise I might be in for a lot of cringing Sunday.