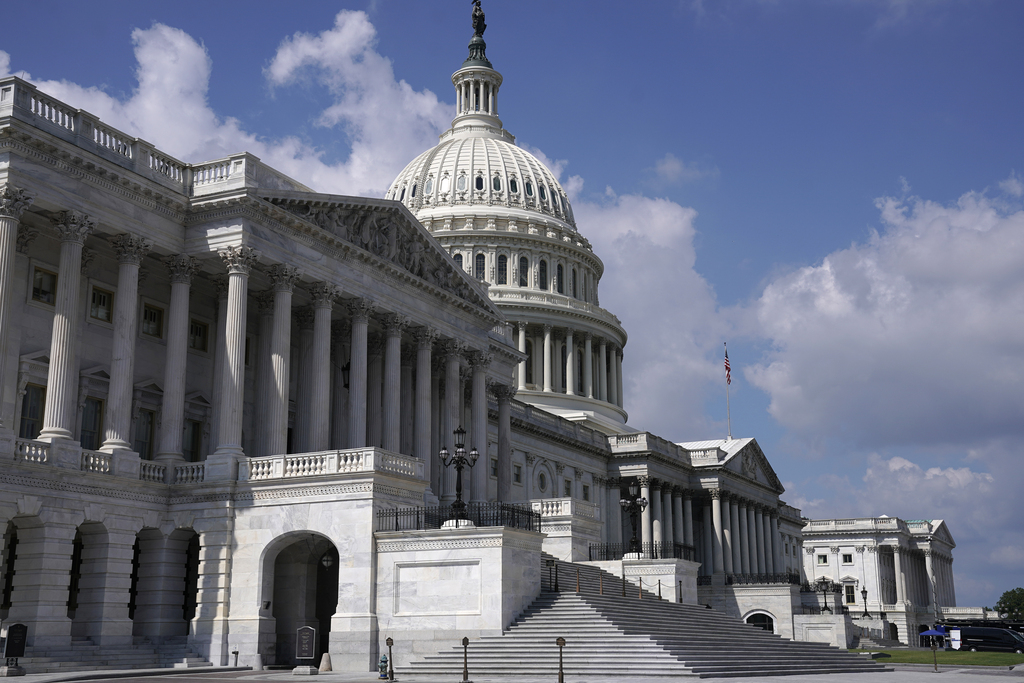 WASHINGTON — Members of the House are scrambling back to Washington on Tuesday to approve a short-term lift of the nation’s debt limit and ensure the federal government can continue fully paying its bills into December.

The $480 billion increase in the country’s borrowing ceiling cleared the Senate last week on a party-line vote. The House is expected to approve it swiftly so President Joe Biden can sign it into law this week. Treasury Secretary Janet Yellen had warned that steps to stave off a default on the country’s debts would be exhausted by Monday, and from that point, the department would soon be unable to fully meet the government’s financial obligations.

A default would have immense fallout on global financial markets built upon the bedrock of U.S. government debt. Routine government payments to Social Security beneficiaries, disabled veterans and active-duty military personnel would also be called into question.

“It is egregious that our nation has been put in this spot, but we must take immediate action to address the debt limit and ensure the full faith and credit of the United States remains intact,” said House Majority Leader Steny Hoyer, D-Md.

But the relief provided by the bill’s passage will only be temporary, forcing Congress to revisit the issue in December — a time when lawmakers will also be laboring to complete federal spending bills and avoid a damaging government shutdown. The yearend backlog raises risks for both parties and threatens a tumultuous close to Biden’s first year in office.

The present standoff over the debt ceiling eased when Senate Republican leader Mitch McConnell, R-Ky., agreed to help pass the short-term increase. But he insists he won’t do so again.

In a letter sent Friday to Biden, McConnell said Democrats will have to handle the next debt-limit increase on their own using the same process they have tried to use to pass Biden’s massive social spending and environment plan. Reconciliation allows legislation to pass the Senate with 51 votes rather than the 60 that’s typically required. In the 50-50 split Senate, Vice President Kamala Harris gives Democrats the majority with her tiebreaking vote.

Lawmakers from both parties have used the debt ceiling votes as leverage for other priorities. House Speaker Nancy Pelosi threatened to vote against raising the debt ceiling when President Donald Trump was in office, saying she had no intention of supporting lifting the debt ceiling to enable Republicans to give another tax break to the rich. And Republicans in 2011 managed to coerce President Barack Obama into accepting about $2 trillion in deficit cuts as a condition for increasing the debt limit — though lawmakers later rolled back some of those cuts.

Pelosi told reporters Tuesday that over the years Republicans and Democrats have voted against lifting the debt ceiling, “but never to the extent of jeopardizing it.”

Pelosi said she hoped that Congress would lift the debt ceiling in a bipartisan way this December because of the stakes involved. But she also floated a …read more

Yolanda, the hero formerly known as Wildcat, has been through so much in season 2 of The CW‘s Stargirl. It all started back in the season 1 finale when she killed Brainwave to get justice for his son, Henry Jr. Yolanda struggled to wrap her mind around the fact that she killed someone, no matter […]

The company line emanating Arizona is that a three-game losing streak is not a death knell to the season and the 49ers’ Super Bowl aspirations. Maybe it isn’t, but it’s worth considering we lower expectations for the 2021 49ers after a 17-10 road loss to the unbeaten Arizona Cardinals. They’re three games behind Arizona (5-0) […]

One of the best things about classic rock is the stories that come from it. Many songs have hidden meanings and secrets that are revealed over time. However, one of the most fascinating stories is how Axl Rose recorded himself having sex for one of the songs performed by Guns N’ Roses. It was their […]