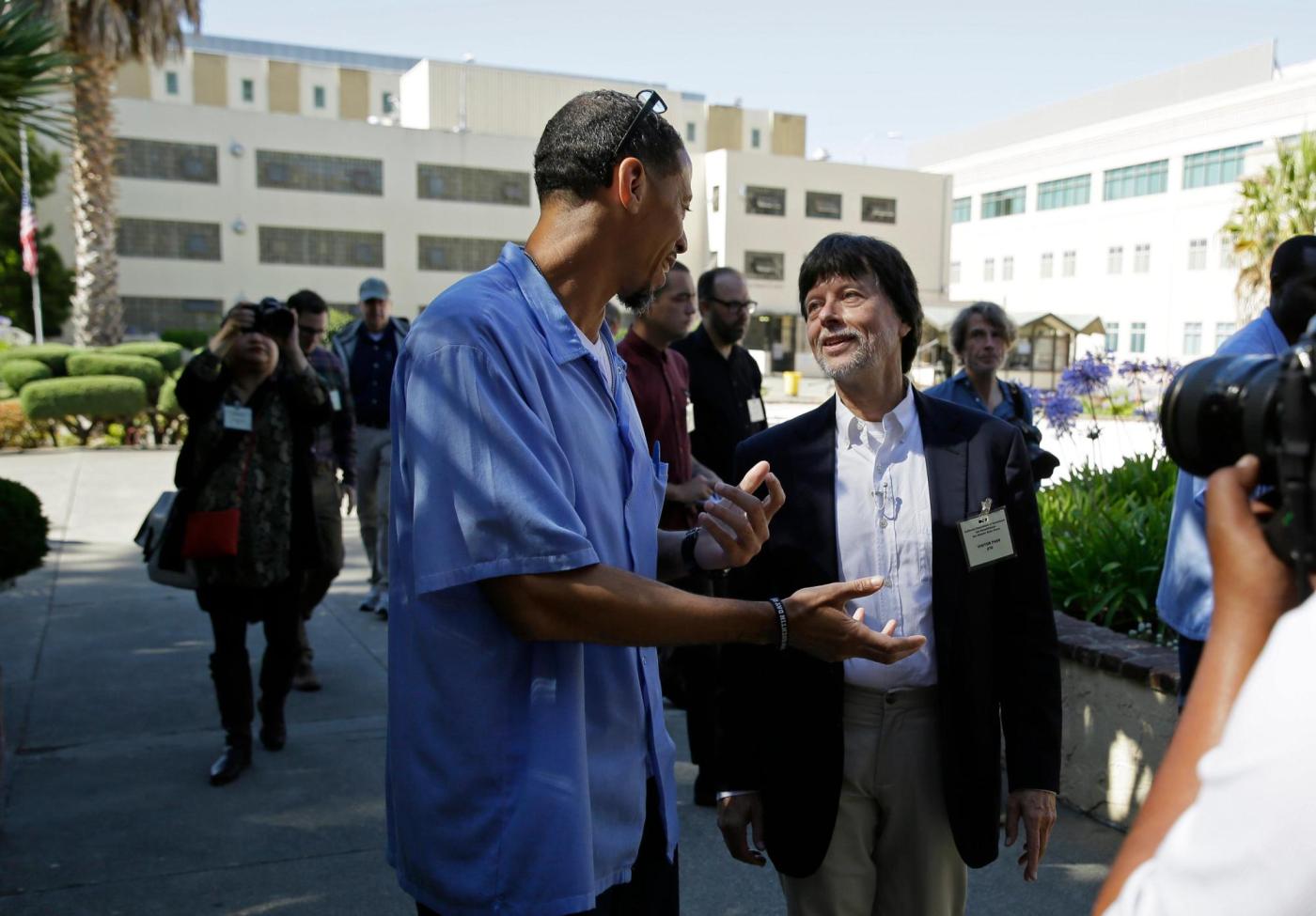 By DON THOMPSON | The Associated Press

SACRAMENTO — California’s governor on Thursday commuted the sentence of an inmate who has drawn national attention as co-host of the Pulitzer Prize-nominated podcast Ear Hustle, which is produced inside San Quentin State Prison.

Gov. Gavin Newsom’s decision will allow Rahsaan “New York” Thomas, 51, to immediately go before the state parole board, which will decide if he should be released on parole. The board already recommended the clemency grant.

Thomas was serving a 55 1/2 years-to-life sentence for a 2000 second-degree murder conviction and related charges after he fatally shot one victim and injured another during a drug deal. A Los Angeles County jury rejected his self-defense claim, that he fatally shot a man who was trying to rob him.

“While in prison, Mr. Thomas has dedicated himself to his rehabilitation,” Newsom wrote.

Aside from being since 2019 a co-producer and co-host of the Ear Hustle — named after prison slang for eavesdropping — Thomas is a regular contributor to the San Quentin News, along with publications outside prison walls. He is chairman of the Society of Professional Journalists San Quentin satellite chapter and works with several criminal justice reform groups.

Former governor Jerry Brown previously commuted the sentence of podcast co-creator Earlonne Woods in 2018, leading to his release. Woods continues to work on the outside as a full-time producer for the podcast.

Ear Hustle, which began in 2017, bills itself as “the first podcast created and produced in prison, featuring stories of the daily realities of life inside California’s San Quentin State Prison, shared by those living it.”

Thomas was among 18 commutations, 24 pardons and five reprieves announced by Newsom.

Four of the five reprieves are for inmates deemed to be at high medical risk; the last was for an inmate previously found suitable for parole.

Eight of the pardons were for California residents who face the possibility of being deported because of their convictions. Newsom’s office called that “an unjust collateral consequence that would harm their families and communities.”

Should jailed Los Gatos party mom be freed on bail?

One of the pardons is for a former state resident who already was deported to Mexico based on his conviction.

Among others receiving pardons are Julian Galaz, a U. S. Army officer who completed three combat tours, and Robert Trussell, a volunteer in the U.S. Coast …read more

The world’s most powerful passports for 2022

By Maureen O’Hare | CNN There’s a widening gap between the global north and the global south when it comes to travel freedoms, says the first 2022 report by London-based global citizenship and residence advisory firm Henley & Partners. The firm’s Henley Passport Index, based on exclusive data provided by the International Air Transport Association […]

SANTA CLARA — The Bella Vista Inn soon will be transformed into much-needed housing for homeless residents, thanks to a $22 million state grant announced Thursday. The project is the latest in a series of hotel conversions funded by Gov. Gavin Newsom’s Homekey initiative. Construction to turn the hotel on El Camino Real in Santa […]

More than 500 Oakland Unified School District teachers staged a “sickout” Friday to demand more COVID-19 safety measures from the district, including two weeks of remote learning and mass distribution of N95 masks, amid a recent spike in cases fueled by the Omicron variant. Due to 503 teacher absences on Friday, at least 11 out […]