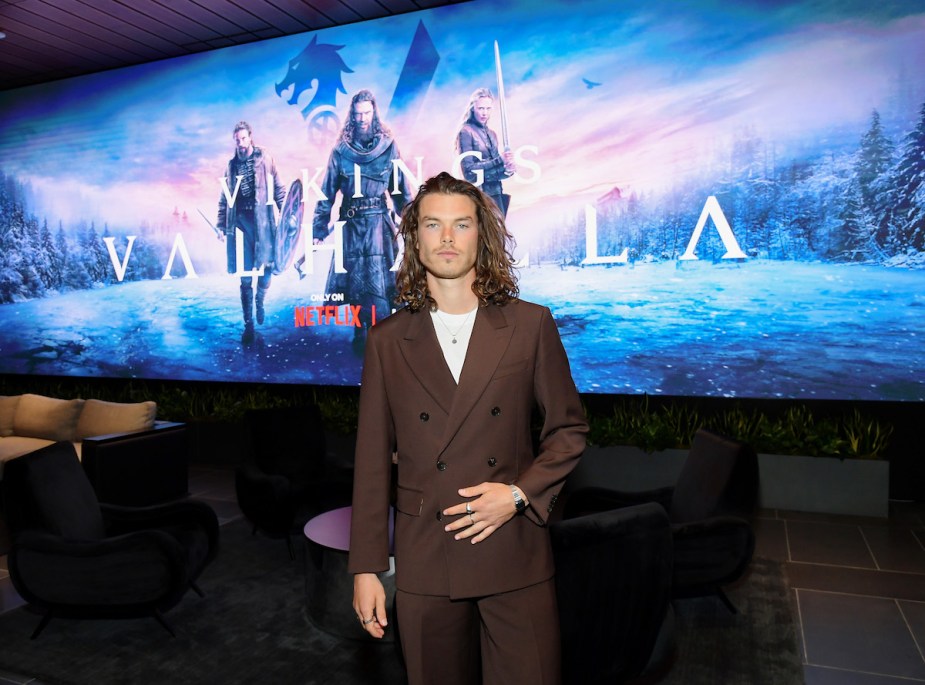 Set in the early 11th century, Netflix‘s Vikings: Valhalla follows the exploits of three of the most well-known Vikings of all time: the legendary explorer Leif Eriksson (Sam Corlett), his fiery and headstrong sister Freydis Eriksdotter (Frida Gustavsson), and the ambitious Nordic prince Harald Sigurdsson (Leo Suter). The original Vikings series premiered on History in 2013 and Vikings: Valhalla picks up the saga a generation after it left off.

Vikings: Valhalla, like its predecessor, is a historical series that gives us a glimpse into the various events and conflicts that the Vikings fought in the past. The series also features beautiful landscapes, which Sam Corlett had quite a reaction to.

What is the plot of Vikings: Valhalla Season 2?

The highly anticipated second season of Vikings: Valhalla premiered hit Netflix on January 12, and picks up immediately after the devastating fall of Kattegat, which has ramifications for the fates of Leif, Freyd, and Harald.

When the three heroes suddenly find themselves on the run in Scandinavia, they are challenged to put their hopes, dreams, and courage to the test in environments very far from their familiar fjords.

Speaking with Netflix, showrunner Jeb Stuart explained that the premise of Season 2 is to “blast these three heroes out of their comfort zones,” which in this case is Scandinavia. Stuart added that the second season travels to places far beyond Scandinavia and Northern Europe.

A portion of Vikings: Valhalla takes place in Kattegat, the same locale as numerous events in the parent series, Vikings. So, it’s fitting that Valhalla is shot almost entirely in County Wicklow, Ireland, the same place as the 2013 History Channel series. The show’s sets are built in natural settings and use the wonder of the natural world — as opposed to a green screen — to provide a realistic look for the series.

In a behind-the-scenes video released by Netflix, Sam Corlett says he and the cast didn’t really have to act the awe and wonder that their characters were meant to feel in the script because they could feel it thanks to the natural wonder and beauty of the filming locations in the “Garden of Ireland.” In the video, the actor is in such awe of the breathtaking natural wonders of the filming location he had goosebumps.

‘Vikings: Valhalla’ has already been renewed for a third season

Netflix has made it clear that it wants more of Vikings: Valhalla. And its no wonder why as the first season amassed over 80 million hours of viewing in the first two days.

James Dolan talks expectations for this year’s Knicks: ‘We fully expect to make the playoffs’

The owner has set the bar. James Dolan, making the media rounds to defend his use of facial recognition technology at his venues, gave an endorsement to team president Leon Rose but made clear there’s an expectation for the Knicks. “We fully expect to make the playoffs this year,” Dolan told WFAN in an interview […]

‘Scream’: Jenna Ortega Was So Nervous for 1 Scene She Got Sick

‘Scream’ star Jenna Ortega | Leon Bennett/Getty Images Jenna Ortega was thrilled to join the ‘Scream’ cast As a former child actor, Ortega spent many of her formative years on set. She’s always loved working on projects and has a particular soft spot for horror films. According to The Fallout actor, everyone who works on […]