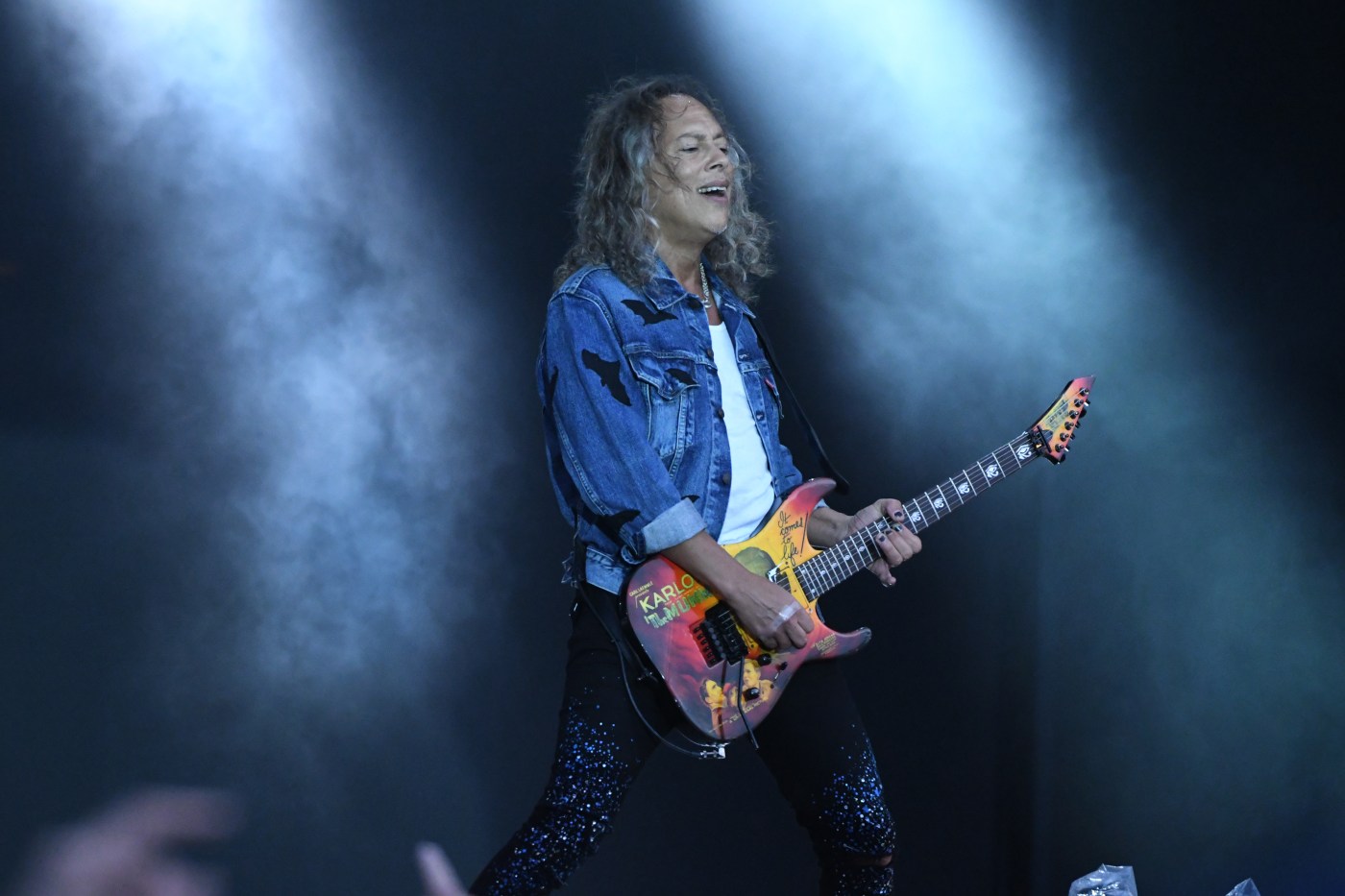 Metallica is inviting you to the movie theater.

The top-selling Bay Area band of all time is set to premiere its forthcoming 12th studio album — “72 Seasons” — during a worldwide listening party held at cinemas.

The one-night-only movie-theater event takes places April 13, one day before “72 Seasons” is released on April 14.

The screening will feature music videos for each of album’s 12 songs plus commentary from band members.

Tickets for the event go on sale March 2 at metallica.film. (The list of participating theaters has not yet been released, but fans can sign up for updates at that same website.)

The new album, which clocks in at over 77 minutes, will be released on Metallica’s own Blackened Recordings and is the band’s first full-length collection of new material since 2016’s “Hardwired…To Self-Destruct.” To preorder “72 Seasons,” visit https://www.metallica.com/store/72-seasons/.

What did half of Metallica do after headlining BottleRock Napa?

Review: BottleRock Napa and Metallica prove to be a powerful pairing

Review: Metallica shifts into reverse and the result is spectacular

“Lux Æterna,” the first single from “72 Seasons,” was released Nov. 28. A second track, “Screaming Suicide,” was made available to fans earlier this month.

Metallica is once again working with Trafalgar Releasing for this cinema event. The two also paired up for the 2019 worldwide cinematic release of “Metallica and San Francisco Symphony: S&M²,” which was filmed during the opening concert at the Golden State Warriors’ Chase Center.

After trying to avoid her for most of the season, Karen Huger went off on former Housewife Charrisse Jackson Jordan during The Real Housewives of Potomac Season 7 for mentioning her attendance at Huger’s mother’s funeral. Many viewers, and other castmates, claimed they didn’t understand the situation, and the Grande Dame clarified it in a YouTube video. […]

‘Power Book II: Ghost’: The Show Has Been Renewed for Season 4

Michael Rainey Jr. as Tariq St. Patrick in ‘Power Book II: Ghost’ | Starz ‘Ghost’ TV show will return on March 17 for season 3 The third season of Ghost is set to debut on March 17, and though Tariq wants out of the game, it looks like he’s stuck for now. “The emergence of […]

Sponsored Content   Summary It is astonishing how tretinoin is revolutionising the skincare industry whether it comes to skincare or treating acne. If you want clear, youthful-looking skin through your skincare routine, tretinoin is said to be the gold standard. Today, the majority of skincare products on the market contain retinoids, such as tretinoin, which […]