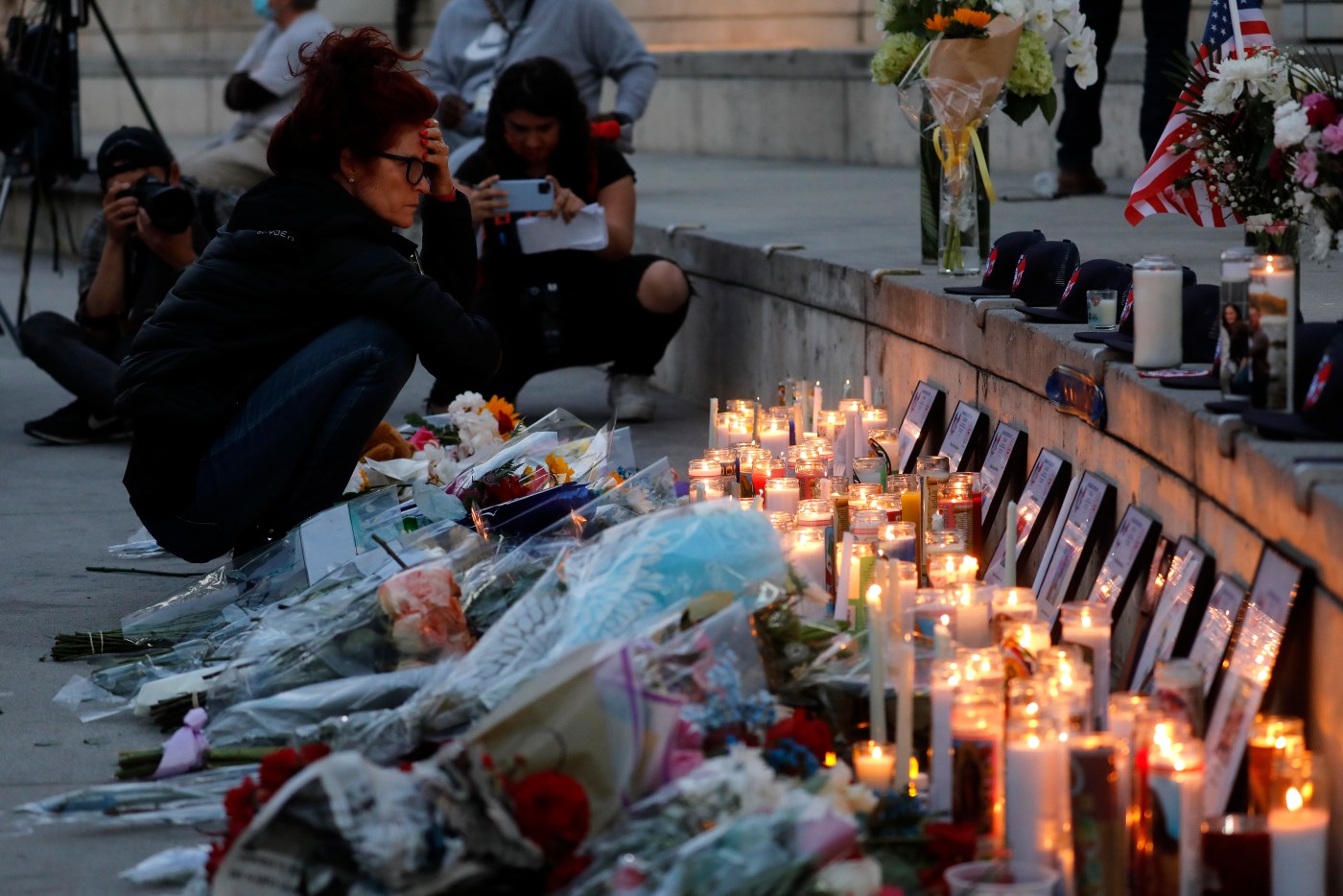 The gunman who killed nine of his Valley Transportation Authority coworkers was the subject of four investigations into his workplace conduct before he carried out the Bay Area’s deadliest mass shooting — including a chilling report that a colleague last year said he believed the man could “go postal,” the transit agency said.

VTA officials on Thursday described those investigations and released more than 200 pages of emails and other documents relating to 57-year-old Samuel Cassidy’s two-decade career with the authority. It was the first time VTA has said whether concerns coworkers ever raised about Cassidy before he opened fire at the authority’s light rail yard on May 26.

In January of 2020, VTA said, Cassidy got into a verbal altercation with a coworker. While being questioned by a supervisor, a VTA worker reported hearing another colleague say of Cassidy, “He scares me. If someone was to go postal, it’d be him.”

That worker refused to name the person who made the comment, according to VTA. It’s also unclear if either of the workers was the person who had the dispute with Cassidy.

“Upon further investigation, there was nothing in Cassidy’s disciplinary history, or additional information to explain or support that concern,” the authority wrote in the statement it released Thursday.

In July of 2019, he was suspended without pay for two days for insubordination after “refusing to follow company policy in signing out a two-way radio,” according to VTA
Last October, Cassidy refused to attend a mandatory CPR training, citing concerns about COVID-19
Last November, he left work without permission after he had trouble clocking in for his shift and, later, “improperly used a VTA two-way radio for personal communication, rather than for operational matters.”

Questions have swirled in the more than two weeks since the shooting about what VTA and local law enforcement knew about Cassidy, who authorities have described as a “highly disgruntled” employee.

Colleagues since the shooting have described how Cassidy lost his temper at work, and complained about problems with the VTA payroll and vacation systems.

Federal customs agents detained Cassidy in 2016 after discovering manifestos and a book in which he detailed his hatred of his job, the Wall Street Journal reported. Santa Clara County District Attorney Jeff Rosen said information about that detention was never shared with local authorities, and that his office may have used California’s “red flag” law to take away Cassidy’s guns before the shooting if it had been made aware.

But VTA has been tight-lipped about Cassidy’s history at the agency, refusing until Thursday’s statement to say whether Cassidy’s colleagues had ever expressed concerns about him or if the agency had investigated any other potential warning signs.

The agency said it would not make further statements about Cassidy’s workplace history Thursday.

This news organization has filed a request under the California Public Records Act for Cassidy’s personnel file and records of any VTA investigations into his conduct, but is still waiting for a response.

By Mary Clare Jalonick and Eric Tucker | Associated Press WASHINGTON — The House Judiciary Committee is questioning former White House counsel Don McGahn behind closed doors on Friday, two years after House Democrats originally sought his testimony as part of investigations into former President Donald Trump. The long-awaited interview is the result of an […]

With ‘In the Heights,’ Jon M. Chu is changing Hollywood — again

It was a crushing but inevitable decision to make, shouldering another unexpected delay in the migration of Lin-Manuel Miranda and Quiara Alegría Hudes’ musical “In the Heights” from its 2008 Broadway stage roots to movie screens everywhere. But Warner Bros., director Jon M. Chu, Miranda and the rest of the cast and crew realized their […]

California needs its biggest job market to catch up to the rest of the state as it thaws from a coronavirus-chilled economy. Los Angeles County has been a huge drag on the state’s overall recovery that has, by several measures, been well behind the national pace. Consider: L.A.’s unemployment rate was 11% in April compared […]