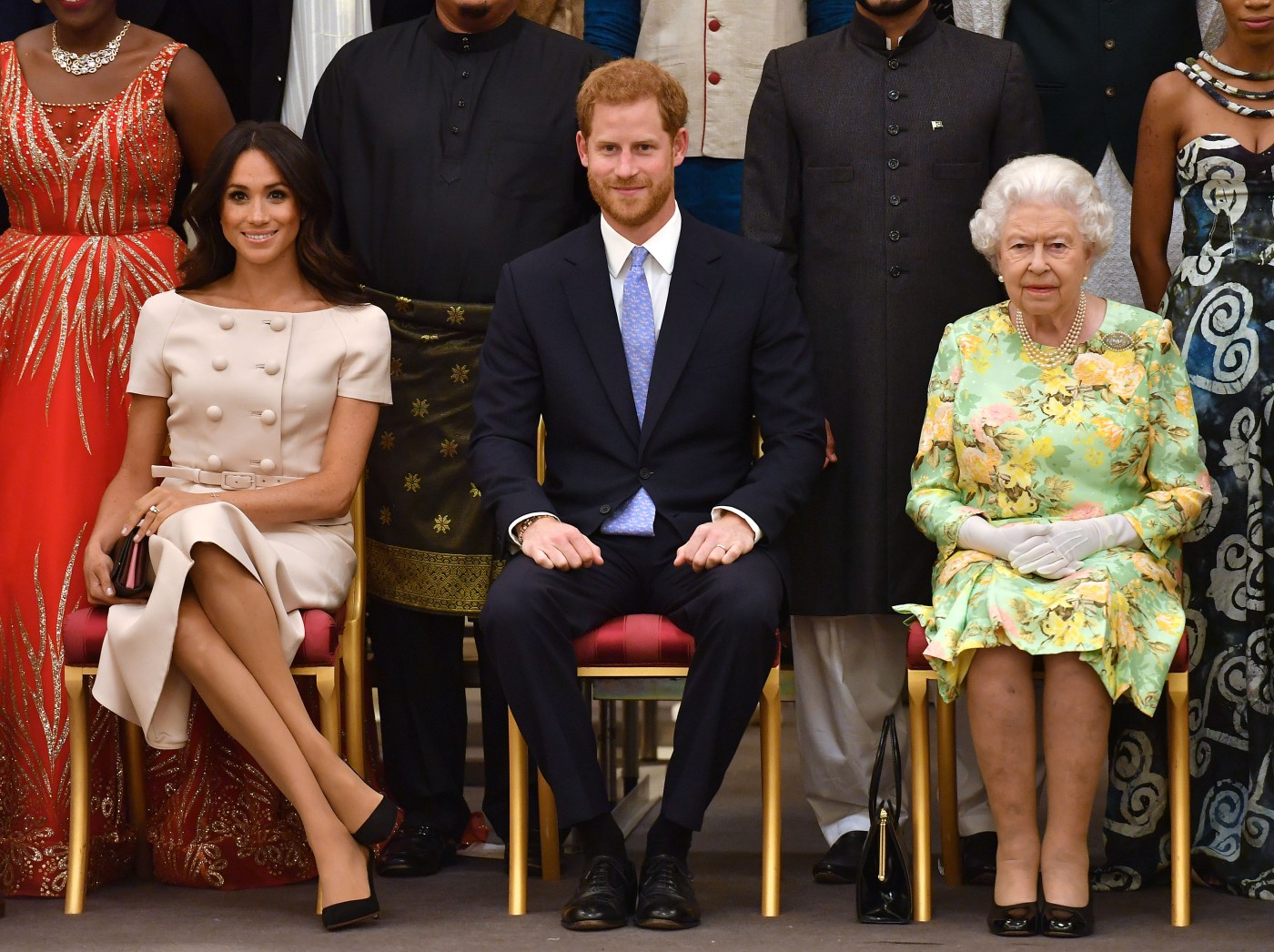 Harry and Meghan responded immediately to an announcement Friday that Queen Elizabeth was taking back patronages and honorary titles “that come with a life of public service,” a year after they stepped away from working for their royal family.

In fact, the Duke and Duchess responded within four minutes from their home in California, saying that “as evidenced by their work over the past year,” the couple “remain committed to their duty and service to the U.K. and around the world.”

In what could be seen as a dig at courtiers Buckingham Palace, who issued the queen’s announcement, the prince and his American-born wife concluded: “We can all live a life of service. Service is universal.”

Following today’s statement from Buckingham Palace, a spokesperson for the Sussexes says: pic.twitter.com/dlCWlQISiQ

The Buckingham Palace announcement, issued at 4 a.m., said Harry and Meghan had confirmed that they are permanently stepping away from their work in the royal family. For that reason, the military appointments and royal patronages they held “would be redistributed among working members of the royal family.”

The statement ended with a personal note from the queen: “While all are saddened by their decision, the duke and duchess remain much loved members of the family.”

Harry, as an army veteran, was said to be particularly proud of the military titles and wasn’t happy about having to relinquish them. Meghan also was asked to give up her patronage of the National Theatre, which had been personally given to her by the queen.

The Guardian reported that practical considerations also came into play with the titles and patronages: With the couple living thousands of miles away, it became questionable whether they could fulfill responsibilities for U.K.-based organizations.  A one-year review for “Megxit,” the Sussexes’ departure from royal duties, was expected to happen by March 31.

The Buckingham Palace statement comes in the week after Harry, 36, and Meghan, 39, announced that the duchess is pregnant with their second child and that they are participating in a “wide-ranging” interview with Oprah Winfrey that will address their experience in the royal family, their departure from the U.K., their new life in the United States and their philanthropic work.

The prospect of a tell-all interview with Winfrey, a friend of the Sussexes who also is one of the most powerful figures in American media, reportedly left Buckingham Palace “nervous,” according to reports from the U.K.

There are concerns that Meghan and Harry will talk about racism she faced in the U.K., his tensions with Prince William, or that Meghan will use the interview to “settle old scores.” Such disclosures could potentially widen the couple’s rift with the royal family.

“The queen, Prince Charles and Prince William will be bracing themselves for a series of accusations and revelations, as will Buckingham Palace courtiers,” royal biographer and author Phil Dampier told the Daily Mail this week.

However in another report, The Guardian cited a source who said that Harry and Meghan have no desire to …read more

An 18-year-old San Bernardino gang member was arrested Thursday, Feb. 25, after police say he shot at two men, killing one, because he didn’t like the way they looked at his girlfriend while they were in a liquor store. The shooting happened at about 10:50 a.m. on Feb. 24 in the 1000 block of N. […]

The Oakland A’s haven’t hosted fans at the Coliseum since their wild card loss to the Tampa Bay Rays in October 2019. The organization is developing plans to safely welcome fans back to the Coliseum for the 2021 season. Starting Wednesday, fans can buy flexible ticket vouchers that can be redeemed for tickets to any […]