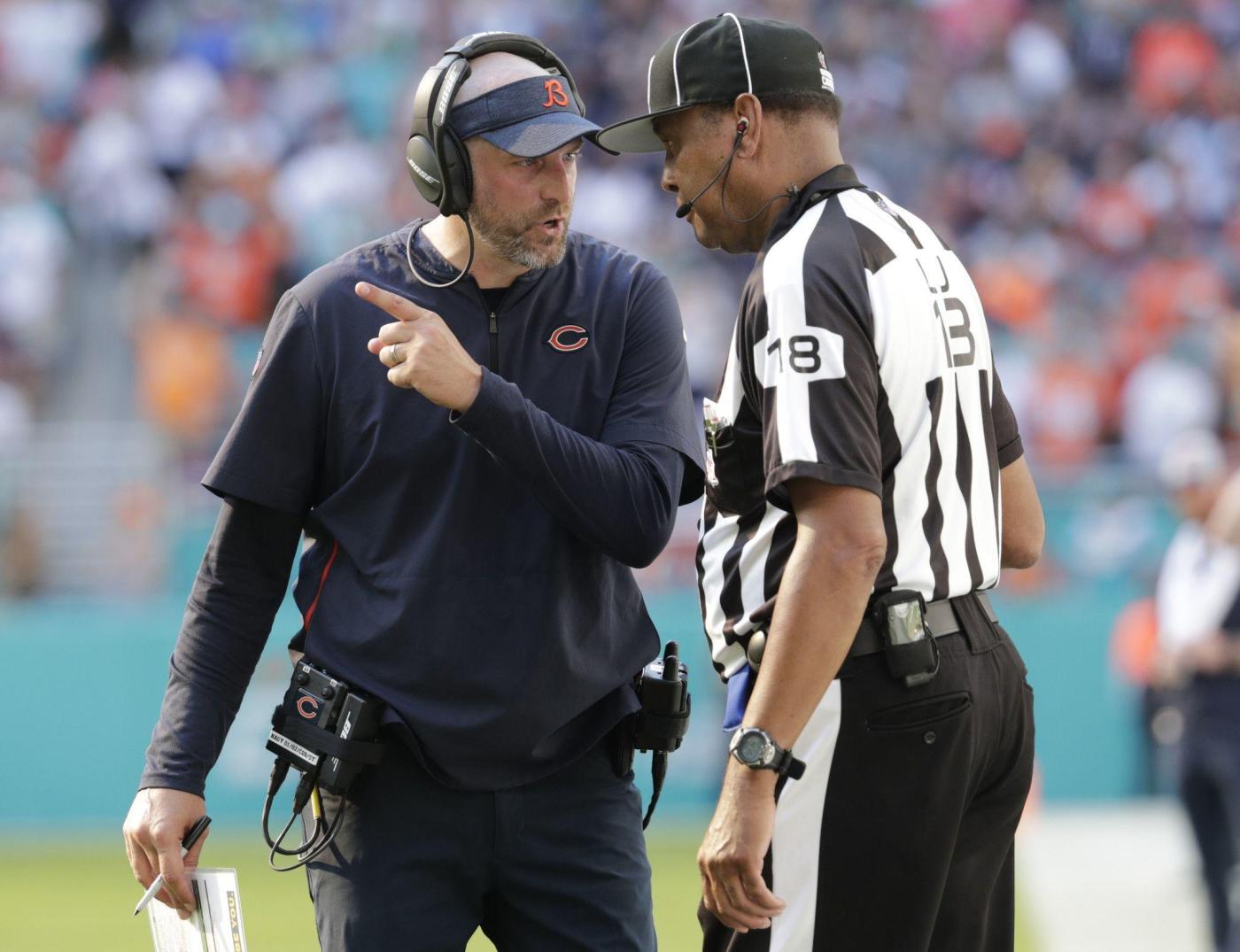 The Chicago Bears are in damage control, still reeling amid a five-game losing streak and facing a demanding turnaround for Thursday’s game at Ford Field against the Detroit Lions.

On Tuesday morning, a Patch.com report from Pulitzer Prize-winning journalist Mark Konkol asserted that Matt Nagy had already been informed of his imminent firing, positioned to coach his final game with the team on Thanksgiving before a change is made. The team has yet to address the report.

But with the Bears in preparation mode at Halas Hall, players and coaches are speaking to reporters. Here is what we know so far.

Nagy denied the report, saying he has not been informed that Thursday will be his final game as head coach.

“My focus is on these players and Detroit,” he said. “The only thing we can do is focus on the now. Thursday is going to be here quickly.”

Special teams coordinator Chris Tabor was the first to meet with reporters Tuesday morning and did not know about the report of Nagy’s potential exit.

“Reports are just reports to me,” Tabor said. “I have a job to do. So I’m going to stick to that job. That’s not coachspeak. And I’m not trying to get fired up about the question. But we’re going to do our job.”

Tabor said he had not spoken to Nagy about his job status nor had Nagy addressed the team about anything related to that.

Tabor closed his 10-minute question-and-answer session with his endorsement for Nagy.

“Coach Nagy is our head coach,” he said. “I want to work for this guy now. OK? Love him to death. And he’s the head football coach of the Chicago Bears. And he’s going to help lead us to a win on Thursday. I believe that deep down in my heart. So to me, there’s no story at all. Fair enough?”

Nagy is scheduled to speak with reporters at 11:45 a.m. for his usual news conference.

Konkol went on ESPN-AM 1000 to talk about his Patch.com story and was asked how confident he was that Thursday will be Nagy’s last game.

“I’m not like you guys,” Konkol said. “I’m not in the mix every day. But I’m just going to tell you I’ve got a really good source on this, and I’m pretty confident this is going to be his last game. … He’s lost the locker room. He’s lost five games in a row. I kind of was surprised this morning when I got a call about it. It looks like this is going to happen.”