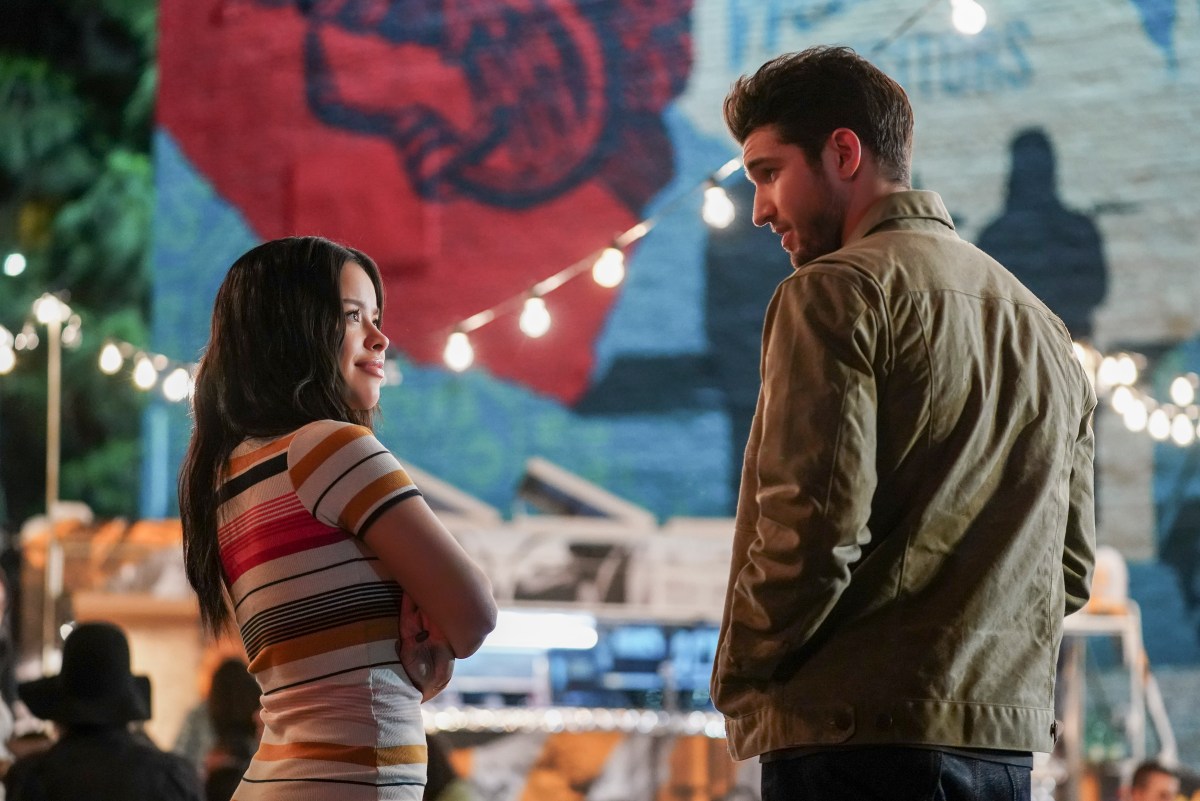 Freeform’s Good Trouble is back for episode 14. This was one of the most dramatic episodes yet. Here’s what happened with Joaquin and Mariana, Gael and Isabella, Davia and Dennis, and more.

Joaquin (played by Bryan Craig) and Mariana (played by Cierra Ramirez) continue to get close. At first, they had a clash and it looked like they might stop communicating, but they mended fences. Mariana wants to help Joaquin with his problems with his sister, Jenna. When she went to his loft to tell him she might have a solution, he was snippy and said that it’s his problem, not hers.

Joaquin later apologized and said he realizes if it weren’t for her, he wouldn’t have found his sister. He has just been worried about Jenna and the possibility she could be in danger. Mariana tells him there might be a way he could still get to Jenna without violating the restraining order.

At one point during the episode, Kelly confronts Mariana about her relationship with Joaquin. She claims that she had first dibs on him. It’s clear Joaquin is not interested in Kelly, so it’s strange that she thought she had a chance with him. Mariana thinks Kelly is weird, so she ignores her.

Isabella (played by Priscilla Quintana) confronts Gael after she overhears that he paid for her loft so she wouldn’t leave. Isabella immediately assumes Gael told her he loved her because he wanted her to stay and have the baby there. She also questioned why Gael hadn’t told his parents they’re a couple.

Gael decides to take the next step and tell his family that he and Isabella are together. His mother is overjoyed, and the rest of the family celebrates with them. Everything seemed to be going well, but this feeling didn’t last long.

Isabella has been ignoring phone calls from her father about giving the baby up for adoption. Her father also called Gael, but he blocked the number and refused to pick up.

Isabella’s father threatened her and said he would call the police about her damaging his car if she didn’t go through with the adoption. She continued to ignore his calls, so he decided to move forward and contact the police. At the end of the episode, Isabella is escorted out of The Coterie in handcuffs.

Things have been rocky for Malika and Angelica. They got into a heated argument after Malika attended a work party. Her boss was trying to break them up, so she did things she knew would make Angelica jealous. Her plan succeeded. Angelica became very jealous, and she and Malika had an argument.

The couple made up before attending a wedding, but things quickly went downhill. After Malika told Angelica she loved her, the relationship soured. Angelica said she also loved Malika but that she couldn’t share …read more

ANTIOCH — Fire investigators arrested an Oakland resident on suspicion of arson following a two-alarm vegetation fire that charred an acre Monday and came dangerously close to homes, fire officials said. The 37-year-old was spotted by a witness who photographed him as he fled the area, according to Contra Costa Fire Protection District spokesman Steve […]

Rose, my club member whose kindness toward her fellow players is admirable, has a quality some lack: tact. If Rose is with a butcher, she talks about meat; if with a baker, she talks bread; if with both, she talks sandwiches. Rose was today’s North. At four spades, South won the first heart, drew trumps, […]

Big Brother 23 alums Derek Xiao and Alyssa Lopez returned for The Challenge: USA, where they had to compete alongside the historic Cookout alliance, who previously took them out systematically. The two didn’t realize they were pawns in their game, so they wanted “revenge” on the group during The Challenge. Many fans took issue with their strategy and […]