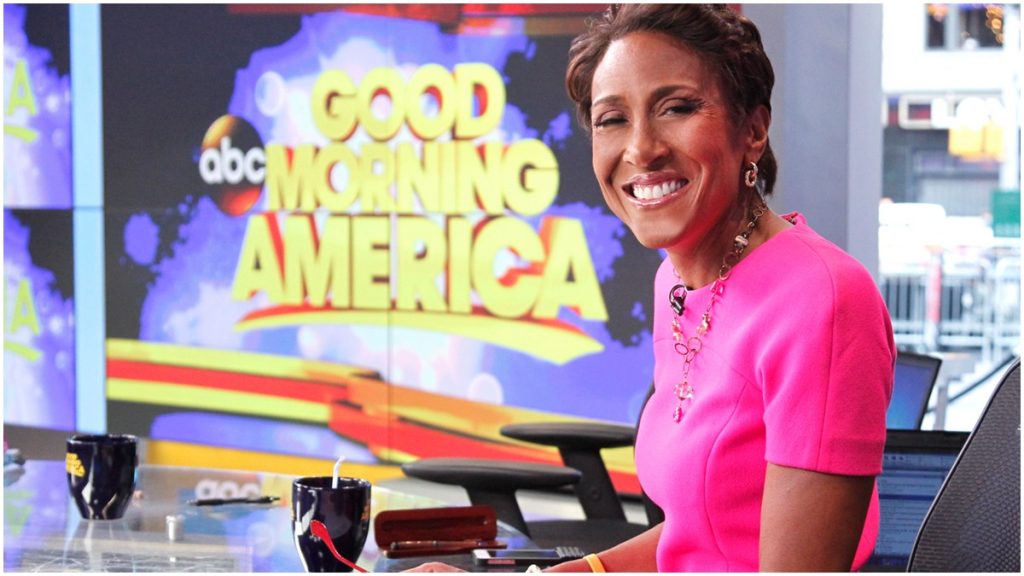 Good Morning America anchor Robin Roberts spent her hiatus from the anchor desk of the morning news show celebrating the birthday of her longtime love Amber Laign. Roberts honored the massage therapist with a loving birthday tribute on social media ahead of her return to Good Morning America. She said she “counted her blessings” that Laign was in her life. How did they meet, and how long are Roberts and Laign together?

Roberts has been a Good Morning America anchor for 16 years. Before her work on the ABC morning news show, Roberts was the host of Sportscenter for ESPN. In 2005, Roberts filled the seat vacated by Diane Sawyer, who left GMA to anchor ABC World News Tonight.

Today, Roberts helms Good Morning America alongside fellow anchors George Stephanopoulos and Michael Strahan. With Ginger Zee, Amy Robach, and Lara Spencer, this team of reporters and anchors helped propel the morning news show to a number one position in the ratings.

Robin Roberts and Amber Laign were set up by friends

RELATED: What ‘GMA’s’ Robin Roberts Loves About Her Instagram Page

Roberts met Laign 16 years ago. Mutual friends first introduced the women in 2005 and they went on a blind date. In her memoir titled “Everybody’s Got Something,” Roberts says Laign did not know who she was.

“She rarely followed sports, so she never saw me on ESPN. Her office mates at the time watched a different morning show … ouch… The main thing we have in common is positive energy. She sees the good in everyone,” Roberts penned.

The Good Morning America anchor remained silent about her relationship with Laign until 2013 when she came out for the first time in a Facebook post.

In 2013, Roberts was thankful for overcoming a second cancer battle. After a diagnosis of breast cancer in 2007, the GMA anchor later fought a blood and bone-marrow disorder triggered by her treatments. Roberts received a life-saving transplant from her sister Sally-Ann Roberts, a TV news anchor in New Orleans.

In the caption of the Facebook post seen above, Roberts listed those she was thankful for at the end of a very challenging year. Laign was one of those Roberts thankfully mentioned.

She says she was grateful to “God, my doctors, and nurses for my restored good health. I am grateful to my sister, Sally-Ann, for being my donor and …read more

They wrote and starred in Good Will Hunting together and have known each other for decades but Matt Damon would rather not flaunt his friendship with Ben Affleck. The Stillwater star said in a recent interview he prefers not to be Affleck’s “friend in public.”  Matt Damon and Ben Affleck have been friends since childhood […]

Jisoo, Rosé, and Lisa of BLACKPINK perform onstage during the Coachella Valley Music and Arts Festival | Natt Lim/Getty Images for Coachella BLACKPINK collaborated with several artists for ‘The Album’ This K-pop group is known for breaking records with their music. In 2020, they finally released The Album, which featured chart-topping songs like “Pretty Savage,” […]

Stanford’s Shaw on QB McKee: “He’s got a chance to be special”

Quarterback Tanner McKee will make his first career start at home for Stanford next Saturday when the Cardinal hosts UCLA. But there likely will be no need for an official introduction. After two impressive games on national television, just about everyone on The Farm is already familiar with him. McKee’s sizzling start to his collegiate […]