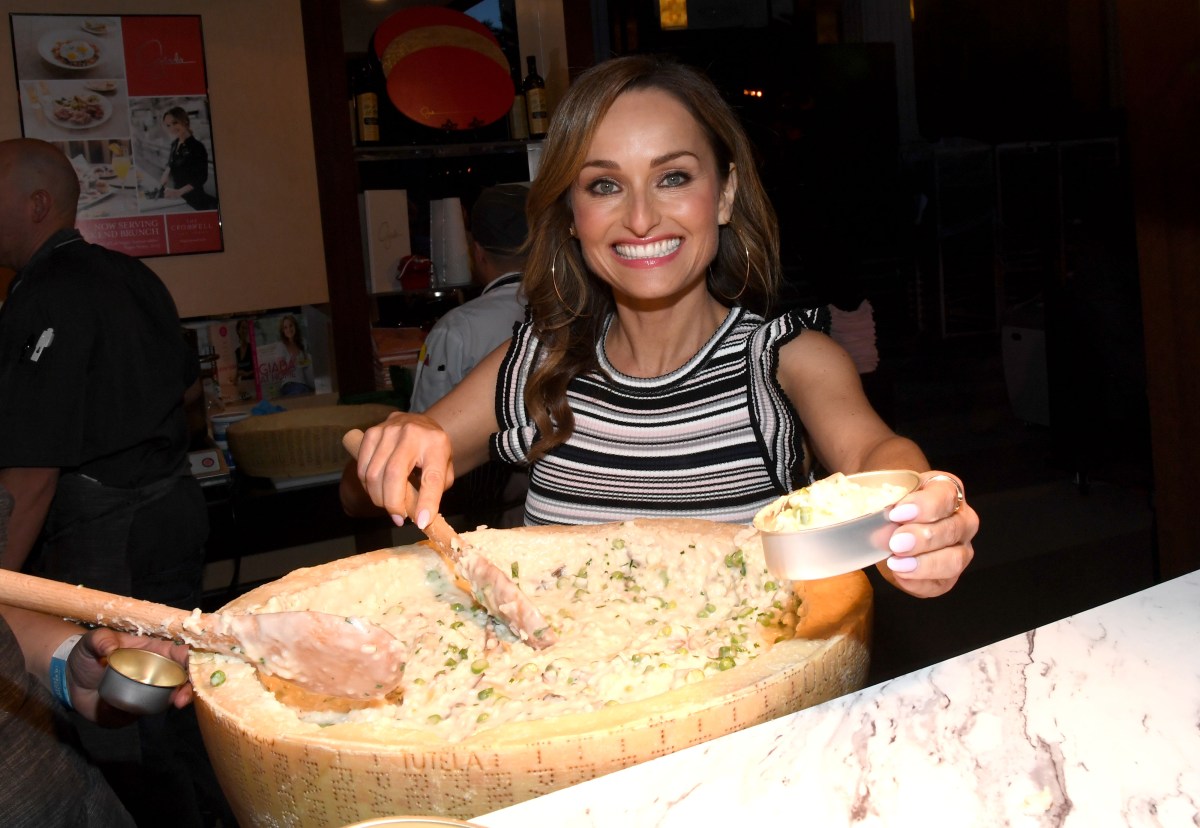 In her book Eat Better, Feel Better, the chef notes that you can enjoy your favorite meals without sacrificing flavor. And lean protein can make that happen.

“Protein is one of the essential macronutrients our bodies require, and I think it is part of a healthy diet when eaten in moderation,” she writes. “That means a serving of four to six ounces of chicken, turkey, lean beef like skirt steak or tenderloin (not a 12-ounce steak!), lamb, or pork once or twice a week.”

It’s also important, De Laurentiis says, to put meat in its proper place on your plate, to think of “meat as the side dish rather than the main event, with one or two vegetables making up the bulk of the meal. This lets me enjoy the satisfying chew and flavor of meat, but I feel less weighed down.”

The chef’s meal is a great weeknight dinner

“I like to use turkey sausages because they’re lighter and leaner than pork sausages,” De Laurentiis says in the Food Network video for this recipe.

While the pasta is cooked in a pot of boiling water, the rest of this deliciously sauceless recipe comes together in a skillet. And you won’t even miss the sauce, as the chef writes in her cookbook Everyday Italian.

“In the United States, we eat a lot of heavily sauced pastas,” she noted. “But in Italy, you’re just as likely to find pasta in a light dressing as swimming in a pool of sauce; Italians like pasta dishes in which the texture and flavor of the pasta are just as important as the accompaniment.”

Get the complete recipe, video, and reviews on Food Network’s site.

On a busy weeknight, easy is what most home cooks crave, as well as a satisfying plate of food. The culinary personality’s recipe checks off all the right boxes, as reviewers noted on Food Network’s site.

“This is a wonderful dish that is extremely easy to make. Italian Turkey Sausage was not available so I substituted Italian Chicken Sausage. It was incredibly tasty and my husband actually requested that I make it again before he even …read more

‘The Bold and the Beautiful’: Fans Think Steffy Wasn’t Dressed Like a Grieving Widow

Chicago Cubs top the Cincinnati Reds 4-2 in the Field of Dreams game on a picturesque night in Iowa: ‘You just feel like a kid again’

Drew Smyly did not expect to be on the mound Thursday night for the Field of Dreams game. The Chicago Cubs left-hander wasn’t lined up to start Major League Baseball’s second game at the site of the classic 1989 movie until last week, when a rainout in St. Louis pushed back Smyly’s start by one […]

SAN PABLO — The suspect in a hit-and-run collision that left a bicyclist dead early Saturday morning was arrested after crashing head-on into another car, police said. The hit-and-run victim is a 57-year-old man who lived in unincorporated San Pablo. He was pronounced dead at the scene and won’t be identified until next-of-kin is notified, […]