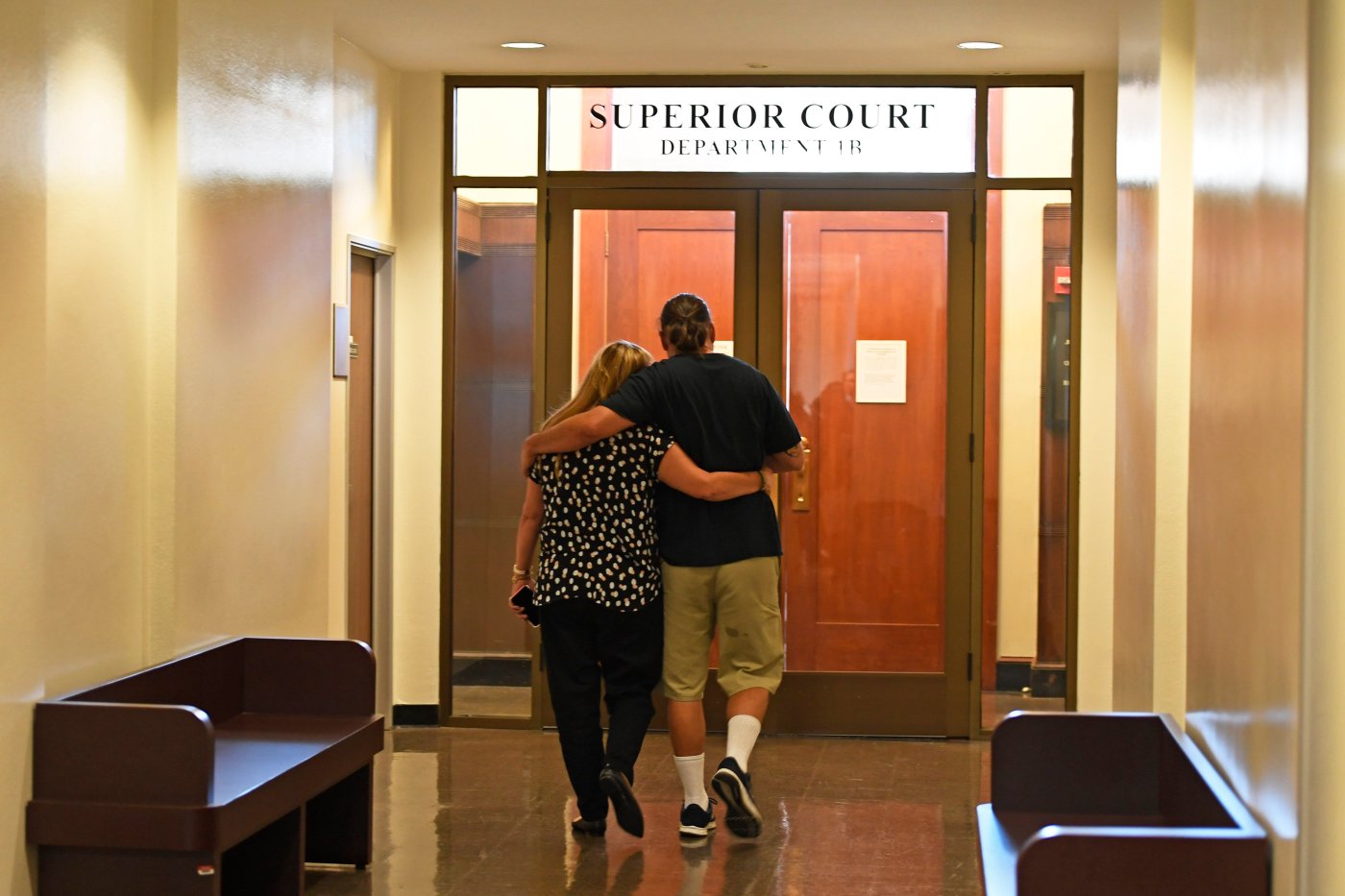 OAKLAND — The remaining defendant in the Ghost Ship warehouse fire, Derick Almena, is said to be planning on taking a plea deal, and is likely to avoid any more jail time.

Almena, 50, was charged with 36 counts of involuntary manslaughter for the deaths of three dozen who perished in the Ghost Ship warehouse fire during a party in East Oakland on Dec. 2, 2016. In September 2019, after a four-month trial, a jury deadlocked 10-2 in favor of guilt, but could not reach a unanimous decision. His co-defendant Max Harris was found not guilty.

On Wednesday, families of the 36 victims were informed by the Alameda County District Attorney’s office that Almena has been offered a plea deal: He will plead guilty to his 36 counts and is expected to receive nine years of jail time. However, according to families, because of credit for time he’s already served, and good behavior, he will likely not step foot back into the actual jail.

There is also a possibility that he will receive an additional 1.5 years of mandatory monitoring and supervision, much like his current house arrest, as well as three years of supervision.

“My heart dropped especially when I heard it was going to be a slap on the wrist. I want my daughter back, we want to be with our family members who died. He gets to be with his family,” said Colleen Dolan, the mother of victim Chelsea Faith Dolan.

She said families were not informed of the plea deal possibility before Wednesday.

“It’s beyond a disappointment, it’s beyond shock. I can’t get my emotions up high enough, I’m disheartened and depressed,” she said in a phone interview.

Almena was released from jail custody in May 2020, after posting a $150,000 bail bond. He had been in custody since his arrest in June 2017. He remains on house arrest with an ankle monitor in the city of Upper Lake, in Lake County, where his wife and children live.

The plea deal is expected to take place on Jan. 22. with sentencing about a month to six weeks later.

According to Sami Long Kopelman, the mother of 34-year-old victim Edmond Lapine, families were informed that because of the pandemic, a lack of an impartial jury pool because of the publicity of the case, and the public’s attitude of mistrust in government, Almena will take a plea deal.

“I believe this is an insult to the victims, their families, and is not how the justice system should work for those who were killed,” Kopelman said in a statement to this newspaper. “The defendant gets his family, whereas some of us do not.  What can be hoped for at this point is that the court has a different point of view on this case. It is not fair.”

Kopelman was vocal and angry when Almena and then co-defendant Harris were first offered a plea deal in July 2018, which eventually fell apart. As part of the plea, Almena was to serve nine years in county jail and Harris …read more

Spain struggles to dig out, get vaccinations up to speed

By Aritz Parra | Associated Press MADRID — The Spanish capital of Madrid was still trying to get back on its feet Monday after a 50-year record snowfall that paralyzed large parts of central Spain and hampered the delivery of coronavirus vaccines. The blizzard dumped over 20 inches of snow in some areas and a […]

Commentary on Pac-12 developments … Rising: Utah’s budget outlook Encouraging news surfaced this week in Salt Lake City, where athletic director Mark Harlan expects a somewhat  diminished budget hit. Instead of a pandemic-created shortfall in the $50 million to $60 million range for the current fiscal year, the revision calls for a $35 million deficit. […]

By Todd Spangler | Variety Apple chief Tim Cook said posts on right-wing social app Parler represented “incitement to violence” that warranted its removal from the App Store. In an interview to air on Fox Broadcasting’s “Fox News Sunday” this Sunday (Jan. 17), Cook told anchor Chris Wallace that Apple “looked at the incitement to […]