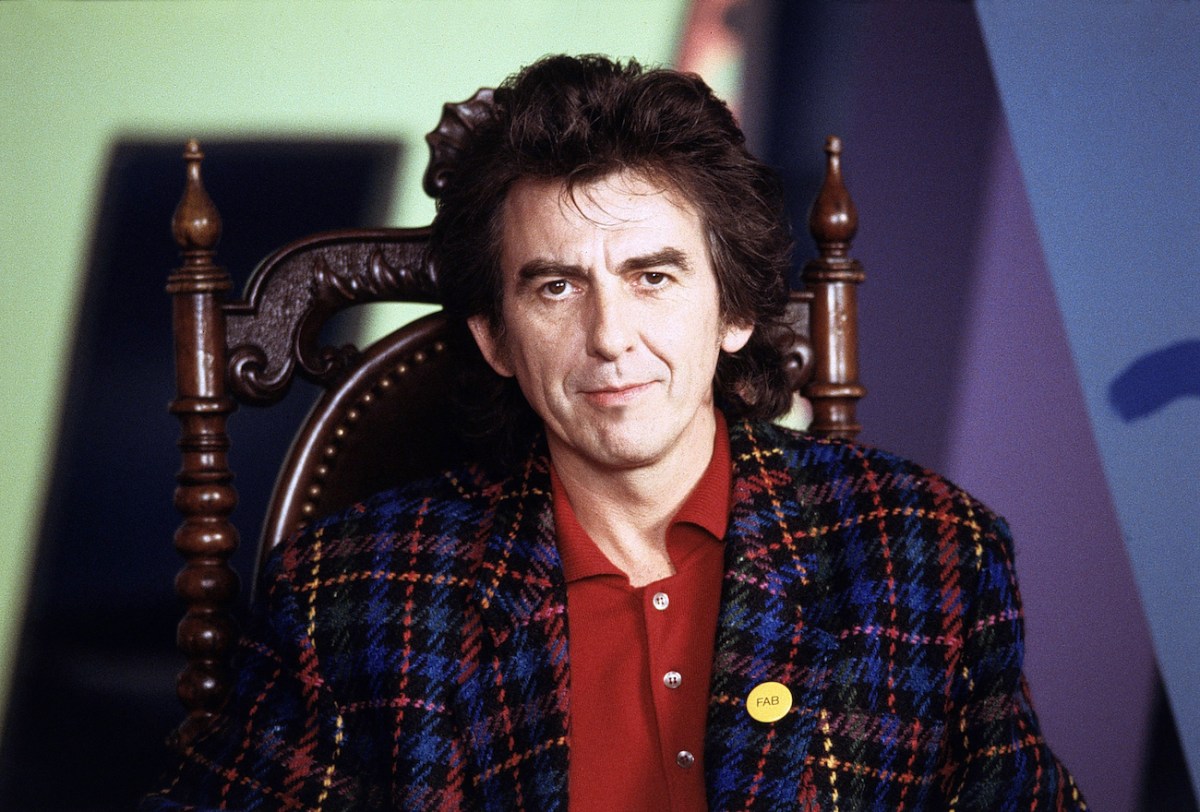 Rock ‘n’ roll came over the radio when George was 13. The

George Harrison fell in love with rock ‘n’ roll as a young teenager. It was like a shock to his system. Then, all he wanted to do with his life was play music. Thankfully, his parents supported him, and he started playing guitar. He joined The Beatles, and the rest is history.

Into the late 1970s, though, George saw a change come over rock ‘n’ roll. Despite believing most music in the 1980s all sounded the same, George said he thought the genre had lasted through the years.

Rock ‘n’ roll came over the radio when George was 13. The genre entered his life by way of Fat Domino’s “I’m in Love Again,” Elvis Presley’s “Heartbreak Hotel,” and Little Richard’s “Tutti Frutti.”

In Here Comes The Sun: The Spiritual And Musical Journey Of George Harrison, Joshua M. Greene wrote, “The music sent shivers down his spine and fueled a desire to join a band. In those days anybody could put a band together. One kid drummed on a washboard, another plunked a broom-handle bass, a third faked chords on guitar, another blew into a gob iron (which was what they called a harmonica), and they dubbed themselves a band.”

The three rock songs changed something in George. He never forgot the first time he heard them.

George told Timothy White, “But the main thing that really buzzed me, I remember, even before I heard Elvis, was Fats Domino’s ‘I’m in Love Again.’ I can even see exactly where I was when I heard that…

“And I was just walking across the road there somehow, and I was somewhere around there when I heard Fats Domino: [sings] ‘Yes it’s me, and I’m in love again!’ It must have been on a radio or record player somewhere. That was like when I [later] heard Ravi’s music. It touched somewhere deep in me.

“When I heard Elvis’s ‘Heartbreak Hotel,’ I was on my bike passing somebody’s house, and they must have had a gramophone playing. I couldn’t believe the sound of that record.”

RELATED: George Harrison Said It Was Funny That People Thought He Did the Backflip in the Music Video for ‘Got My Mind Set on You’

Despite his negative opinions about contemporary rock music, George thought the genre had lasting power.

During a 1988 interview, CNN asked George if rock ‘n’ roll was ageless. George said, “It looks like because I mean, it’s been going on now how many years, I don’t know, they said it was not going to last, and it’s lasted. It’s turned into the most popular music of all time. I think there’s always space for other kinds of music, but this stuff obviously has lasting power.”

In the TV special Rolling Stone: 20 Years Of Rock ‘n’ Roll, George said, “The basic essence that rock ‘n’ roll needs to have is to make you feel good.”

Is Cowboys Receiver CeeDee Lamb Still Dating Crymson Rose Who Went Viral When He Was Drafted?

When the Dallas Cowboys selected CeeDee Lamb in the first round of the 2020 NFL Draft, a viral moment was born. Millions watched as Lamb, who was surrounded by family and friends, immediately took his phone from his girlfriend Crymson Rose after she tried to look at it. Jokes and Twitter memes lit up social media […]

Charlie Chaplin Was Knighted and Won an Oscar Despite Being Kicked out of the U.S.

Plenty of directors have impacted popular culture, and Charlie Chaplin is one of the most influential ones. He has worked on dozens of movies and made audiences laugh with his silent films. However, projects like Modern Times often held some form of political commentary. This kind of commentary likely led to many accusations against him […]

‘Criminal Minds: Evolution’: Where the Characters Left Off in Season 15