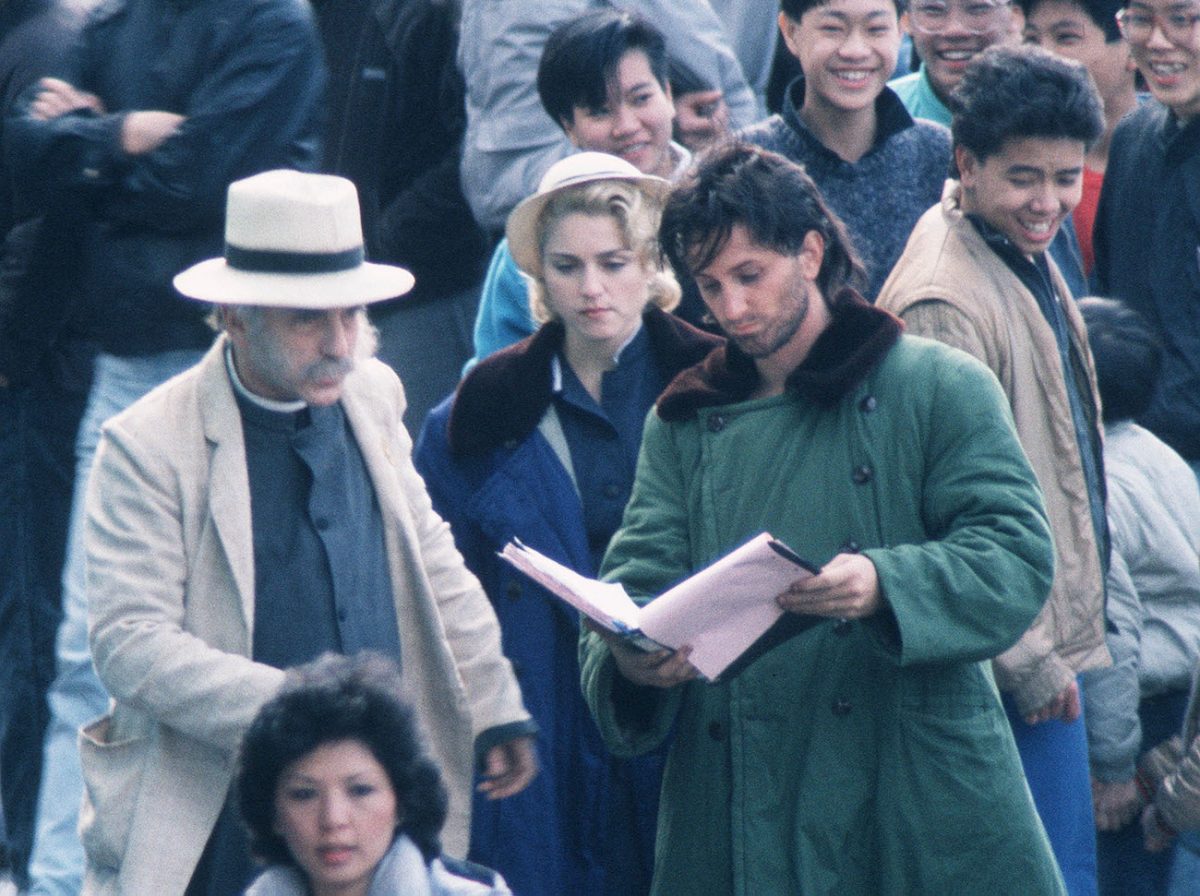 George Harrison was ‘dubious’ from the start about Sean Penn and Madonna’s film, ‘Shanghai Surprise’

George Harrison co-founded HandMade Films in 1978 with his business manager, Denis O’Brien, to help his Monty Python friends make Life of Brian. However, neither George nor O’Brien imagined that they’d make a film that scored two Hollywood A-Listers, Madonna and her then-husband Sean Penn.

Shanghai Surprise was not HandMade Films’ best movie, though. Quite the opposite. George said getting a good performance out of an often pissed-off Penn was hard.

George Harrison was ‘dubious’ from the start about Sean Penn and Madonna’s film, ‘Shanghai Surprise’

In a 1988 interview, Film Comment asked George why he and HandMade Films agreed to make Shanghai Surprise. The film had a $15 million budget and a “temperamental, high-profile husband-and-wife team.”

“I was dubious from the first,” George replied. “I get afraid by things like that. And a lot of others at HandMade didn’t want to make that film. Denis himself was just a couple of days away from just shelving the whole thing when suddenly the producer informed us that Madonna and Sean had agreed to be in it.

“At that time, it sounded like a good idea. But when we went ahead with it, it proved to be very painful for most of the people involved—the technicians as much as anyone, because of the attitudes of the actors.

“It was like ‘Springtime for Hitler’ in The Producers: we got the wrong actors, the wrong producer, the wrong director. Where… did… we… go… right??? It wasn’t easy, but I was determined not to let it get me depressed.”

George once said that Shanghai Surprise was “doomed” from the start. Working with Penn and Madonna was a real headache for him.

RELATED: George Harrison Had a Lot in Common With His Wife Olivia, From Their Upbringings to Their Spirituality

According to Yahoo! News, paparazzi often invaded set for snapshots of the new high-profile couple. Things weren’t going well between Madonna and her new husband either.

“The stars’ behaviour, particularly Penn who hated the press intrusion and perhaps felt he had been convinced to appear in the film as a favour to his new wife, grew ever more tempestuous,” Yahoo! News wrote. During filming, Penn punched a photographer, bashed a window in, and made the director fire and replace Bernard Hill.

The production crew called George in to step in. Madonna’s brother, Christopher Ciccone, claimed that “although Harrison felt moved to ‘read the riot act’ to Penn over his hostile and aggressive attitude during filming and gave the actor a stern ticking-off, he treated Madonna with ‘kid gloves,’” the Daily Mail wrote.

In a 1987 interview, Creem Magazine asked George what …read more

When Does ‘Riverdale’ Return and How Many Episodes Are Left in Season 6?

Lili Reinhart as Betty Cooper in ‘Riverdale’ Season 6 Episode 17 | Colin Bentley/The CW When does ‘Riverdale’ return for season 6 episode 18? Many Riverdale fans felt disappointed to see that the CW did not have a new episode on Sunday, June 19. It seems the network has taken on an every-other-week approach to […]

Carey Mulligan | Dimitrios Kambouris/Getty Images Carey Mulligan’s drama school rejection crushed her Every actor has faced rejection at one point in their career or onset of their Carey Mulligan has an expansive career that is heavily decorated, and although her achievements speak for themselves, there was a time drama schools didn’t think she could […]

‘Euphoria’ star Zendaya | Eddy Chen/HBO ‘Euphoria’ Season 2 Episode 5 was particularly brutal In episode 5, Rue is in danger of losing everything. She jeopardizes all of her relationships, hurling vitriol at her friends, family, and girlfriend. She nearly loses her life multiple times by running into traffic and trying to avoid the police. […]