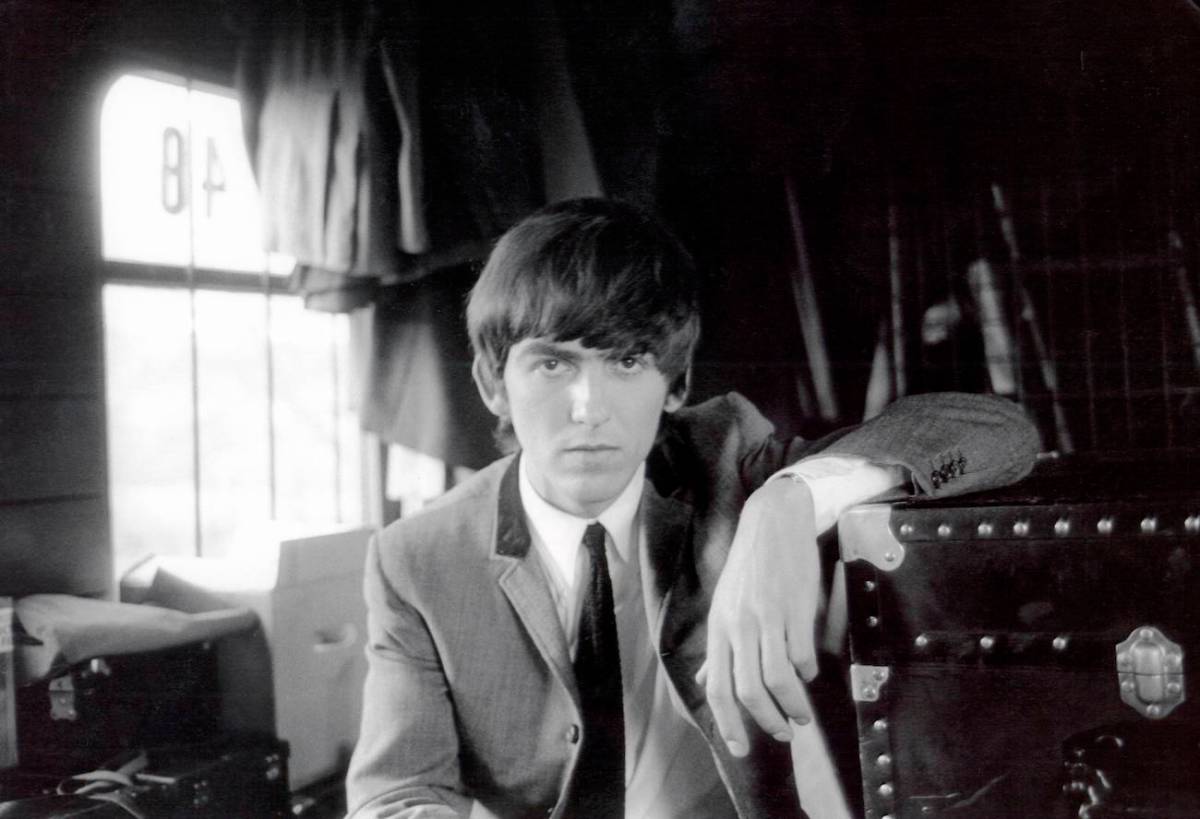 When George Harrison and The Beatles first came to America, the press gave them “tags” based on their apparent personalities. John Lennon was the witty Beatle, Paul McCartney was the cute one, George the quiet one, and Ringo Starr was, well, Ringo Starr.

No labels could’ve been farther from the truth.

George Harrison on the ‘tag’ the press gave him

In 1965, George spoke with Larry Kane about the “tags” the press gave him and The Beatles when they first came to the U.S. George thought they were silly.

“On your first U.S. visit, George, you were known as the quiet Beatle, the somber, thoughtful, and pensive one, and suddenly here in 1965 you’ve kind of, according to most people’s way of thinking, opened up,” Kane said. “You’re talking a lot at the press conferences, a lot of questions are directed at you. What’s the reason for all of that?”

George replied, “Actually, I did talk about the same amount on the last tour. It’s just that, you know, first of all, when we first came over here they didn’t know us all that well. People, like, hang tags on you.

“Ringo was the cuddly one or something. Paul was the lovely one and I was the quiet one, and John was the shouting one. I’ve been the same all along. I talk when I feel like it. I shut up when I don’t feel like talking.”

RELATED: George Harrison Called His Scars ‘Instant Karma,’ According to His Wife

Radio personality Cousin Brucie, a.k.a. Bruce Morrow, had an interesting theory about why he and the rest of the media labeled George as the quiet Beatle.

In Joshua M. Greene’s Here Comes The Sun: The Spiritual And Musical Journey Of George Harrison, Cousin Brucie said, “Some people might look at him and think he was disassociated, that his head was somewhere else, but he struck me as even more present than the others, watching from within and absorbing and thinking about what was going on. He was very aware of his surroundings, planning ahead. He just wasn’t verbal about it.”

Cousin Brucie explained it was easier for journalists to think George was just a quiet person than to understand his real personality. Deep down, they may have understood, but George’s demeanor scared them. They also thought he’d say something too serious and produce dead air.

“I remember interviewing them, and in those days, honestly, George wasn’t the most exciting Beatle,” Cousin Brucie explained. “As a journalist, you’d go after John or Paul or Ringo. George’s introspection made us afraid of getting too much of the mortal sin for a broadcaster, namely dead air.”

Cousin Brucie wishes he and other journalists gave George a chance to be himself. “But in retrospect, that was very wrong,” he said. “I think now that if we had given George the courtesy and respect he deserved, his whole persona might have changed. But none of us did that. It was the other three who got 90 percent …read more

Actors Marlon Wayans (L) and Shawn Wayans (R) arrive at the premiere of Revolution Studio’s and Columbia Picture’s “White Chicks” at the Village Theatre on June 16, 2004, in Los Angeles, California. | Kevin Winter/Getty Images Shawn and Marlon worked on several projects in the late 90s, including the White Chicks is one of the […]

‘Leave It to Beaver’: Inside Tony Dow and Jerry Mathers’ Friendship

Submit your letter to the editor via this form. Read more Letters to the Editor. Education a way to cut secondhand smoke Numerous multi-unit housing residents are plagued by secondhand smoke in the Bay Area and have to suffer from heart disease, cancer and asthma attacks even if they don’t smoke themselves. Many community members […]